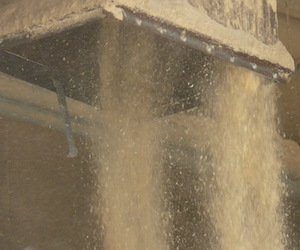 All operating sawmills were inspected at least once under the Manufacturing High Risk Strategy and approximately 75 per cent received multiple combustible dust focused inspections as part of the 2016 Combustible Dust Sawmill Inspection Initiative.

Learn more about combustible dust and how to reduce risks.

Darrin McCaskill is the director of Programs and Initiatives for WorkSafeBC.

Related
Dust mitigation improves with new wood fibre storage initiative
Welcome to Dust Safety Week 2017!
Regulations and standards on dust collection in the wood industry
Is your facility at risk for a fire or explosion? 5 ways to tell