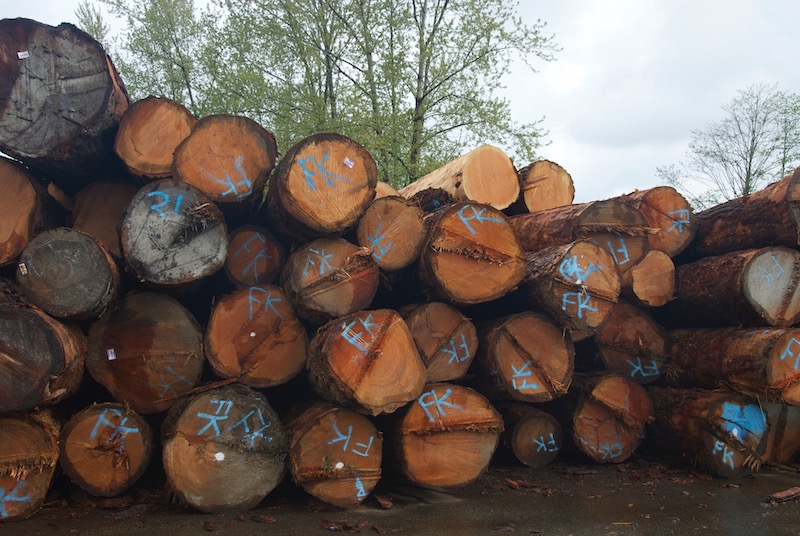 The government of British Columbia is applying a new, targeted fee-in-lieu of manufacturing for exported logs harvested from a coastal BC Timber Sales license, in an effort to make sure more logs are processed in B.C. and create jobs in the province. The fee will be in effect for five years, as of July 31, 2019.

This change is part of the Coast revitalization initiative launched by the provincial government last year. According to a government news release, the fee will be dependent on the economics of individual stands. Easily accessible stands of higher-value species will have a higher fee than remote stands with low-value species.

“British Columbians believe that B.C. workers and the communities they live in should be first in line to benefit from our natural resources, and for too long government policies encouraged exporting logs even when there were local mills that couldn’t get access to fibre,” said Doug Donaldson, Minister for Forests, Lands, Natural Resource Operations and Rural Development, in a government press release. “This change will give B.C. mills more opportunity to get the fibre they need.”

The B.C. government says other changes under the Coast revitalization initiative will allow forest communities in remote areas of the Coast to continue harvesting in “uneconomical areas,” thereby maintaining jobs and making more logs available to local mills.

Log exports are likely to continue in areas that are more difficult for forest companies to access. However, the fee-in-lieu will allow for continued harvesting in coastal forests that have low-grade timber. Forest companies will be required to demonstrate stands are uneconomical to quality.

According to the provincial government, the forest communities in the B.C. Coast that will benefit are in Nass, mid-Coast, North Coast, northwest Interior and Haida Gwaii. The Soo Timber Supply Area is also allowed to continue harvesting in otherwise uneconomical stands in that area.