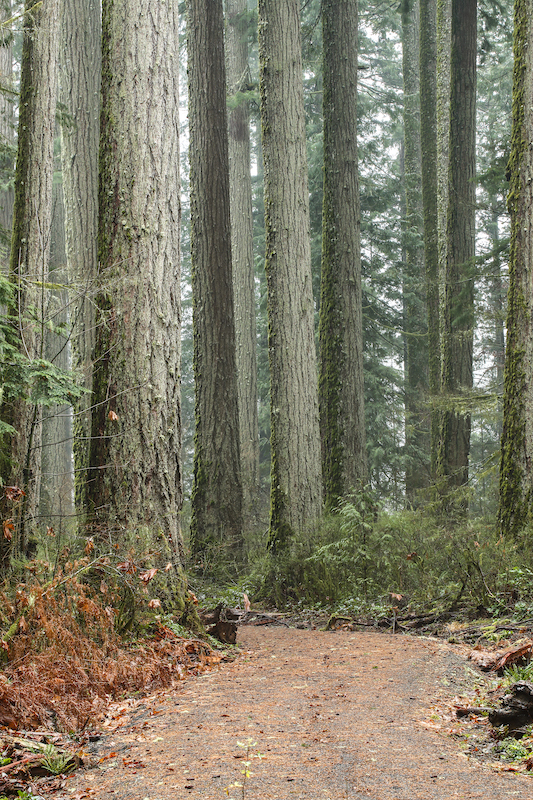 The B.C. government says its making progress on the recommendations of its Old Growth Strategic Review Panel and working with First Nations to either immediately defer old-growth harvesting in their territories, or to continue discussions.

The province released a progress update yesterday laying out the steps that have been taken since they announced in early November that harvesting would immediately cease in 2.6 million hectares of old-growth forests.

B.C. Forests Minister Katrine Conroy said in the update that the province is, “working in partnership with First Nations rights and title holders to implement additional deferrals of B.C.’s most at-risk old-growth forests and to develop a new approach to sustainable forest management.

“We recognize there is a diversity of perspectives on this issue and some First Nations are more involved in forestry. In line with our new vision for forest care, the steps we are taking together today will ensure we can all share the benefits of our forests for generations to come,” Conroy said.

Over the past month the government has contacted all 204 First Nations in British Columbia, asking them to indicate a preference on the proposed deferrals, and heard back from 161. Their options were:

For those First Nations that chose to immediately defer harvesting, the government said that happens in two ways: “by licensees agreeing to voluntarily pause harvest; or by a minister’s order under Part 13 of the Forest Act, rescinding approved permits and preventing new permits from being issued.”

The deferrals will be announced as soon as they are implemented.

In early December, Huu-ay-aht First Nations announced they would uphold their right to log old-growth in four per cent of the province’s proposed deferral area, agreeing to defer 96 per cent.

Read the province’s update below:

“To support the deferral process, BC Timber Sales has paused advertising and selling licences in areas that overlap with the 2.6 million hectares of B.C.’s most at-risk old-growth forests. This pause covers almost 570,000 hectares or roughly one-quarter of the deferral areas recommended by the Old Growth Technical Advisory Panel.

Roughly half of the 2.6 million hecatres of at-risk old growth is outside the Timber Harvesting Land Base and not threatened by logging for the foreseeable future. There are only approximately 50,000 hectares that overlap with the priority deferral areas with previously approved cutting permits, or 1.9% of the total. A harvesting permit can take on average 12 to 18 months to conclude. Many forestry companies have indicated to the Province that they will not proceed with harvesting these areas while discussions with First Nations are ongoing.

“These deferrals allow us to maintain options that could otherwise be irreversibly lost as we develop the new approach to sustainable forest management that prioritizes ecosystem health and community prosperity throughout B.C.” said Garry Merkel, co-author Old Growth Strategic Review. “They are also being implemented in a way that respects input that Al Gorley and I heard from the overwhelming majority of those we spoke to – in partnership with Indigenous Nations.”

The vast majority of First Nations have expressed an interest in engaging further and indicated they require more time to review the shared technical information and/or to incorporate local and Indigenous knowledge on the proposed deferral areas prior to making a decision. Many First Nations with existing treaties, agreements or other government-to-government agreements have indicated these are the preferred avenues to continue this engagement.

New capacity funding of up to $12.69 million over three years is available to support First Nations in these engagements and in developing a new approach to managing old-growth forests as described in the Old Growth Strategic Review.

The Province is bringing together co-ordinated and comprehensive supports for workers, communities and First Nations to offset any economic impacts that may follow from new restrictions on harvesting old growth forests.

“As a former pulp mill worker and someone who witnessed the forestry downturn in the early 2000s, I know how hard it can be for families and communities impacted by job losses,” Conroy said. “Unlike the previous government, we will ensure comprehensive supports are in place for workers and communities as we work together to build a more sustainable forestry industry and shift to more value-added, made-in-B.C. manufacturing.”

The Province is making nearly $19 million in new funding available for the remainder of 2021-22 to provide enhanced supports to eligible workers, contractors and communities as deferrals are implemented. These include:

The Province is also developing new programs that will support forestry workers and communities over the next three years, to be announced in the new year. These programs will support workers in finding new jobs and careers, including through education and skills training. They will also help industry innovate and create jobs through value-added forestry and made-in-B.C. manufacturing, provide strategic advisory services to rural businesses, and support infrastructure and economic development projects in rural communities to create new jobs. Government will also establish an internal office to co-ordinate across ministries and drive forward rural economic opportunities and diversification.

To provide advice on program development and implementation, the Province will be striking a forestry worker and community supports advisory council. The council will include industry, labour, Indigenous and municipal leaders, and will help ensure programs are targeted and providing supports where they are need most. The council will complement the engagement already underway.