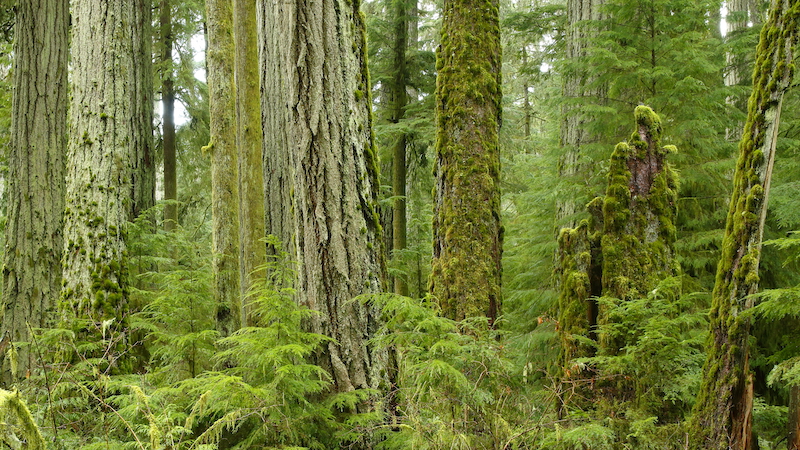 The B.C. government announced yesterday it plans to move forward with logging deferrals as a temporary measure to “prevent irreversible biodiversity loss” while developing a new forest management approach.

“Following the recommendations of the Old Growth Strategic Review, we are taking steps to fundamentally transform the way we manage our old-growth forests, lands and resources,” Premier John Horgan said in a news release.

According to the province, forest stand details were shared with First Nations rights and title holders. They have been given 30 days to respond with support, requests for further engagement, or preference to discuss via existing treaties. The government has earmarked $12.69 million over three years to support the process.

Meanwhile, BC Timber Sales have immediately ceased in the affected areas.

According to government news release, newly identified at-risk forests will either be added to B.C.’s 3.5 million hectares of old-growth forests already off-limits to harvesting, or included within new forest management plans.

The BC Council of Forest Industries (COFI) has called the move devastating for people, families, and communities across the province.

COFI president and CEO Susan Yurkovich said in a news release they estimate the deferrals will lead to 14 to 20 B.C. sawmill closures, along with the closure of two pulp mills and many value-added manufacturing facilities.

“It’s particularly troubling that these deferrals come on the heels of a pandemic that has challenged us all and where the forest industry has been a bright light,” Yurkovich said. “We kept people working safely and continued to deliver more than $4 billion in revenues to government over the last year which has helped put our province in a financial position better than most. Now the key industry that has and can continue to contribute to our resilience is being devastated.”

A COFI-commissioned study recently determined productive old-growth in B.C. is 30 per cent, not three per cent, as claimed by the province’s 2020 old growth report.

The Truck Loggers Association is echoing COFI’s concerns and, in a news release, decried the government’s lack of consultation with industry stakeholders.

“For months, the Truck Loggers Association and many others who represent the forestry sector have requested to meet with government and have recommended we work towards having a collaborative discussion with all stakeholders to find a solution that works for everyone … This announcement sends a clear message that the forest industry does not have a voice, we have not been heard, and our input is not important.”

The Business Council of British Columbia (BCBC) has also taken issue with the old-growth deferrals, calling the announcement deeply concerning for the future health of the B.C. economy.

“The process undertaken by government on this file also adds significant uncertainty and further erodes investor confidence in a province with complex, costly and time-consuming permitting processes,” BCBC warns.

“The honour of the Crown cannot be met through fundamentally flawed consultation,” Chief Bill Williams, president of the BC First Nations Forestry Council, said in their news release.

“This is not just about protecting old-growth; this is a land use planning decision that will impact the ability of Nations to make decisions about the use of forest lands and resources in their territories for decades,” Matt Wealick, Indigenous registered professional forester, said in the release.

The BCFNFC is calling for the province to work with them to develop a transparent process to, “meaningfully engage with Nations on the modernization of forest policy in B.C., including the principles around the identification of old-growth deferral areas.”

Some of B.C.’s major forestry producers are also piping up.

While Western Forest Products is looking for clarification on the province’s proposed deferral measures to understand the impact it will have on their operations, Canfor president and CEO Don Kayne is warning the measures will further erode the Canadian forest industry’s global competitiveness.

Teal-Jones Group is voicing concern over the potential disruption to thousands of peoples’ livelihoods, based on decisions made “with little or no consultation with the industry, First Nations, unions, and forestry communities.”

Related
More than 275 forestry, labour leaders call for path forward on old-growth in BC
BC old-growth logging deferrals will further challenge investment: Canfor CEO
Huu-ay-aht First Nations on deferrals: ‘We will take the time we need to get it right’
TLA executive director David Elstone resigns