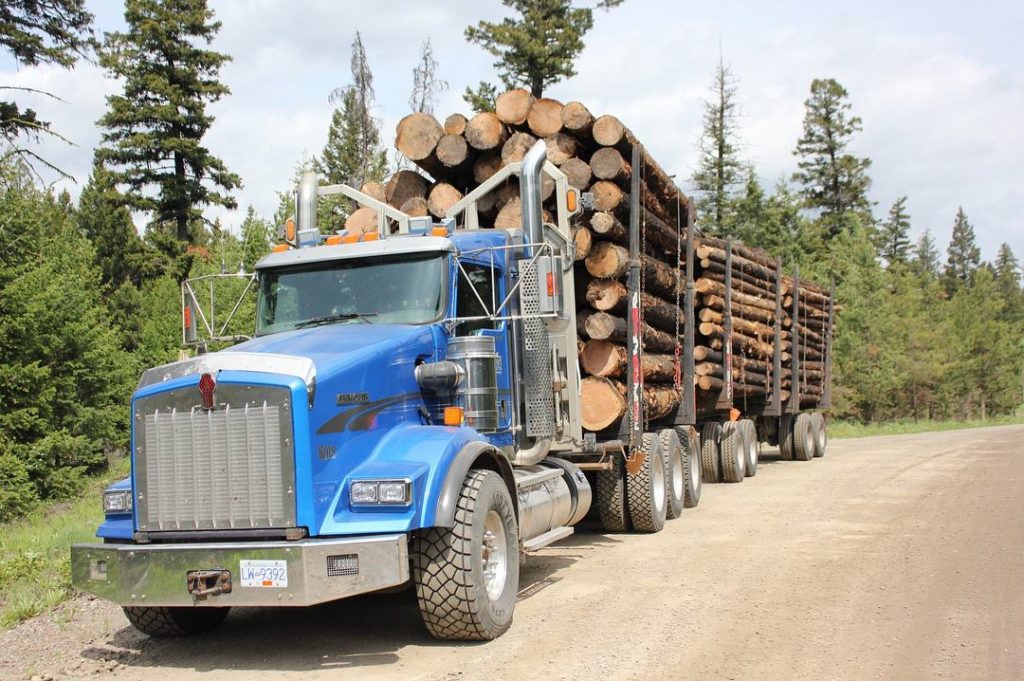 A coalition of loggers, truckers and businesses that are very concerned about the future of the forestry industry and the effect on their communities, will be participating in a convoy from Merritt, B.C. to Vancouver, B.C. on Wednesday, Sept. 25, 2019 at 10:00 a.m. Many of the participants are third and four generation logging and business families who rely on the industry for their livelihood.

In a statement released this morning by Frank Etchart, one of the co-organizers and owner of Nadina Logging, he expressed that: “At over 63 years in business, we are the longest running logging company in Merritt, B.C., and this is the worst crisis we have every witnessed. I care deeply about my town and my employees, and I feel it is my duty to protect my family and theirs. I am getting to an age where retirement is imminent, but I also cannot stand by and do nothing while things continue to decline. Where are these people going to work if my company dies after all these years? I am trying to maintain a business that will continue to employ these people and sustain the economy in my town long-term, but unless changes are made quickly, I don’t know how we will do that. The fact is I felt compelled to do something, and that is where the idea of this rally began and grew with the involvement of other like-minded people in the community.”

Many communities in this province have been developed solely due to the employment opportunities present in their lumber mills and forest industry businesses. The coordinators and participants of this rally feel the future is being stolen from their future generations and communities.

In a statement released today by Howard McKimmon, owner of Howard McKimmon Trucking, and a co-organizer of the B.C. Logger Rally, he expressed that: “This movement is dear to my heart. I’ve been in the forestry industry my entire life, and I can’t just sit back anymore and watch it die. I am concerned for my father’s and my families legacy, which has been dependent on this industry, let alone my home town of Merritt, B.C., a town that relies on forestry to survive, where I raised my children and hopefully my grandchildren. I have only ever known logging my entire life; what are people like myself and others in this sector supposed to do if this industry continues to fall apart? We don’t have the luxury of time anymore, we have run out of money, and we refuse to just sit by silent and watch it all come crashing down”.

The forest industry in B.C. is in dire straits, and our communities are facing some very troubling times. Most of the loggers and truck drivers haven’t turned a wheel this summer, and there are limited options for where they can operate. The rally is being coordinated in support of the industry, and the affected communities, and to create an awareness of the situation to stimulate and generate solutions to the outstanding problems the industry is facing.

Stumpage rates paid to the provincial government on each tree harvested and the current stumpage system in B.C. does not reflect the current market conditions for lumber and chips produced. As a result, the current rates make the cost of logging prohibitive.

The timing for stumpage updates and rate changes will not address the current markets we are in, and it will take several years to normalize and allow harvest operations to become affordable. The B.C. government currently contends that they cannot make changes to the stumpage system based on fears that these changes would support the United States’ contentions that the B.C. lumber business is being subsidized.

In contrast, Alberta stumpage trails the current market by one month, allowing for stumpage rates to be very reflective of current market conditions. As a result, Alberta mills are operating flat out and sell into the same markets as BC companies.

The solution being put forward by the organizers to the B.C. government is to change the B.C. stumpage system immediately to allow operators to get back to work in this province. Despite the potential risk of opposition to this by the U.S. coalition, the industry is currently crippled, and additional mill closures are imminent if nothing is done immediately.

Timber supply is another issue crippling the B.C. forest industry, as many of the communities with mills in the interior and rural B.C. are not able to access their own local available timber supplies. As a result, local mills cannot compete with large companies for a variety of reasons.

Communities require a stable wood supply to sustain employment levels of milling operations, and direct and indirect businesses that have been built around the mills in these communities. Businesses including tire shops, food stores, restaurants, dentistry offices – to name a few – have been built and rely on this milling sector to survive. We are concerned that they, too, will not be sustainable if these community mills are not present, running, and stable.

The solution offered is to eliminate and/or restrict the transfer and/or sale of wood outside of communities that have operating mills, and that first rights of refusal is provided to the local mills. Our people want answers as to why these transfers are allowed to continue, with no intervention by government, at the expense of our already struggling communities that are now in a dire situation.

In a statement released by co-organizer and recently retired long-standing forestry professional Jerry Canuel, he expressed that: “I have lived here in Merritt, B.C. since 1980. My career has been solely in the forest industry for over 40 years. I have raised my four children with timber dollars and supported my community with the same. This crisis can be avoided in many communities if there is a will to do so! We owe it to our children and their children to provide a solid future in the forestry industry in our communities. This future is currently being stolen from our children and communities with the unwillingness to change the policies affecting us the most.”

It is the position of the organizers of this rally that the people of this province have the right to know why the current situation exists and be offered some hope for change. There has been a resounding silence in the province as this situation has developed over the last 16 months, which is both unacceptable and unfair to our workers and to the unsuspecting businesses that will ultimately be affected through a trickle down affect.

The previous press release by Forest Minister Donaldson, which identified $69 million dollars to displaced workers and communities in this province, speaks to those communities where milling operations have already shut down. There are many communities with mills still operating, but struggling to survive, where this solution is simply not appropriate.

At this time, we respectfully demand the B.C. and federal government engage in immediate action to rectify this dire and quickly deteriorating situation that sees the largest employment sector in British Columbia in dire straights.