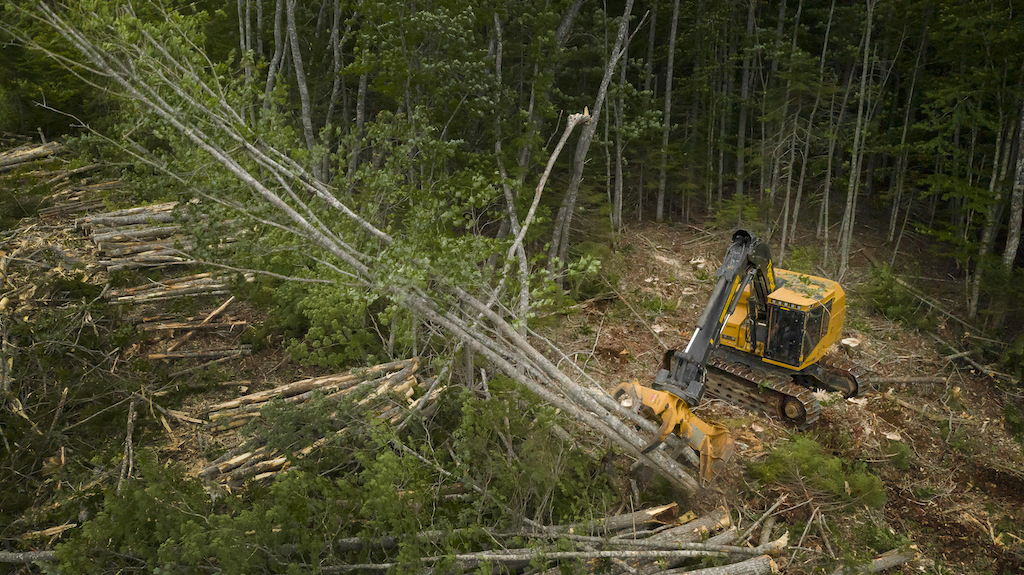 The new 845E and L845E track feller bunchers have been upgraded with several new features to promote increased productivity and improved operator comfort.

The next generation 845E and L845E track feller bunchers have been upgraded with the aim of increasing production capacity and improving operator comfort. Enhancements include a new operator’s cab, a larger main hydraulic pump and a longer reach ER boom system.

The 845E model can be equipped with a range of Tigercat felling heads including a bunching saw or shear for smaller diameter timber or the single post 5702 felling saw for larger trees and mixed diameter stands. The larger hydraulic pump on the E-series 845 provides additional power and quicker functioning of the clamp and accumulator arms to maximize productivity in smaller diameter timber. In addition, the 845E can be equipped with the 5185 fixed felling saw for felling, bucking and shovel logging high value and oversize timber.