June 30, 2017 - Canada grows on trees. And as Canadians everywhere celebrate our country’s 150th birthday, the forest industry is celebrating too. 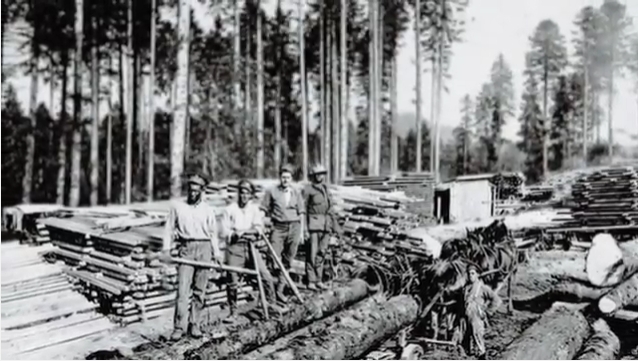 The forest sector has played a vital role in Canada’s history, and is leading the way towards a bright future; it’s clean, green, and growing. Trees provide jobs, sustain our economy, and help define our culture.

After all, where would Canada be without hockey sticks?

The forest sector has been helping to shape the Canadian experience since the founding of our country in 1867. The industry was already in full bloom at the time of Confederation, when our nation was just a seed. It fueled the economy and provided the very materials on which our new homeland was built.

Forestry created lumberjacks and inspired pioneers to venture North. Settlers recognized the boundless potential of our natural resources and braved the untamed wilderness to carve out a living.

The forest sector grew as Canada continued to grow. Forestry was responsible for bringing investment and immigration first to the Maritimes, then up the St. Lawrence to Quebec and Ontario, eventually making its way west to the Pacific coast. It also transformed and modernized the physical terrain, with villages, roads and railways springing up in its wake.

Forestry remained the great staple of Canadian trade throughout the 19th century, fuelled by European demand. The industry continued to change and grow, and a new association sprang up to represent the interests of Canada’s lumber barons. This group was the forerunner of the Forest Products Association of Canada, and held its first meeting in March of 1913.

The forest sector remained Canada’s most important economic player during war times – it was the largest employer, the largest contributor to the GNP, and the largest exporter of Canadian goods.

To this day, the forest sector remains a vital part of the Canadian economy. It is embracing clean technology while expanding new markets and developing innovative, world-first products.

Because of its stringent sustainable forest management practices Canada has one of the best environmental reputation in the world and is a trusted source for sustainable wood products. The forest sector also provides jobs to hundreds of thousands of Canadians in rural and northern communities. That’s why it’s proudly known as… Canada’s greenest workforce!

The forest industry in Canada is clean, it’s green, and it’s growing.

So let’s celebrate the 150th anniversary of Canada and also celebrate the fundamental role played by the forest industry throughout our storied past. And we’ll be here for the next 150 years as well; we’re a green, renewable industry that will continue to provide jobs and prosperity for all Canadians.