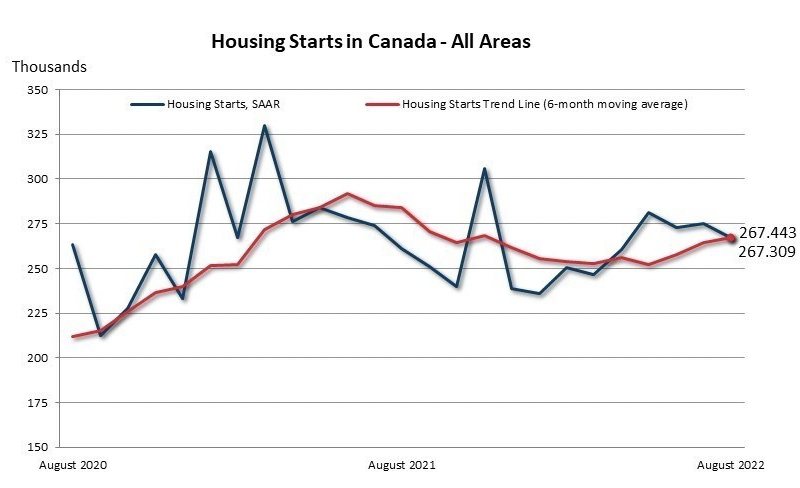 The standalone monthly seasonally adjusted annual rate (SAAR) of total housing starts for all areas in Canada in August was 267,443 units, down 3.0 per cent from July, according to Canada Mortgage and Housing Corporation (CMHC).

Rural starts were estimated at a seasonally adjusted annual rate of 20,672 units.

“The six-month trend in housing starts was higher in August compared to July, despite a lower monthly SAAR. Housing starts activity remains elevated in Canada historically and have been well above 200,000 units since 2020,” said Bob Dugan, CMHC’s chief economist.

The trend in housing starts was 267,309 units in August, up from 264,467 units in July. This trend measure is a six-month moving average of the monthly SAAR of housing starts.