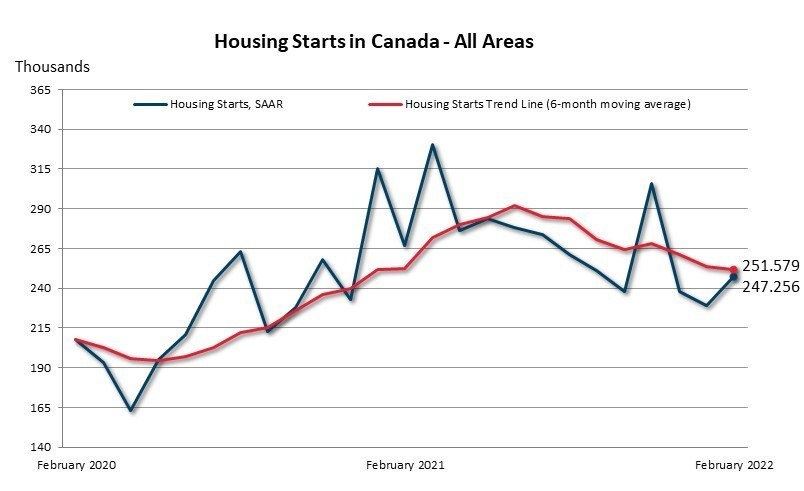 The trend in housing starts was 251,579 units in February, down from 253,864 units in January, according to Canada Mortgage and Housing Corporation (CMHC). This trend measure is a six-month moving average of the monthly seasonally adjusted annual rates (SAAR) of housing starts.

“On a trend and monthly SAAR basis, the level of housing starts activity in Canada remains historically high; however, the six-month trend in housing starts declined slightly from January to February,” said Bob Dugan, CMHC’s chief economist. “For SAAR housing starts in Canada’s urban areas, both single-detached and multi-unit starts increased in February. Among Montreal, Toronto and Vancouver, Toronto was the only market to post growth in total SAAR starts in February, due to higher single-detached and multi-unit starts.”

Rural starts were estimated at a seasonally adjusted annual rate of 24,693 units.