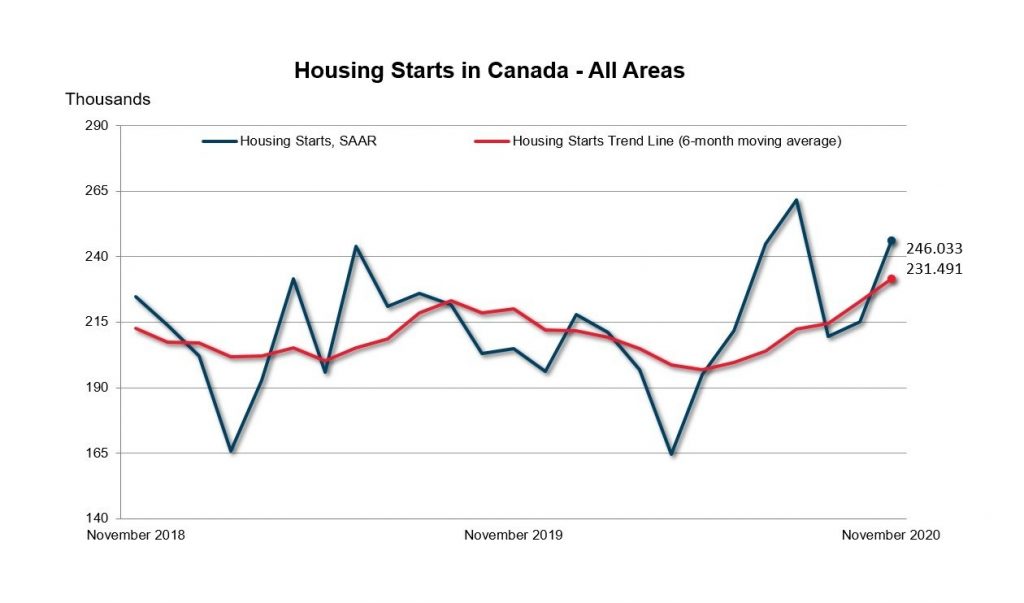 The trend in housing starts was 231,491 units in November 2020, up from 222,989 units in October 2020, according to Canada Mortgage and Housing Corporation (CMHC). This trend measure is a six-month moving average of the monthly seasonally adjusted annual rates (SAAR) of housing starts.

CMHC uses the trend measure as a compliment to the monthly SAAR of housing starts to account for considerable swings in monthly estimates and obtain a more complete picture of Canada’s housing market. In some situations, analyzing only SAAR data can be misleading, as the multi-unit segment largely drives the market and can vary significantly from one month to the next.

Rural starts were estimated at a seasonally adjusted annual rate of 12,927 units.