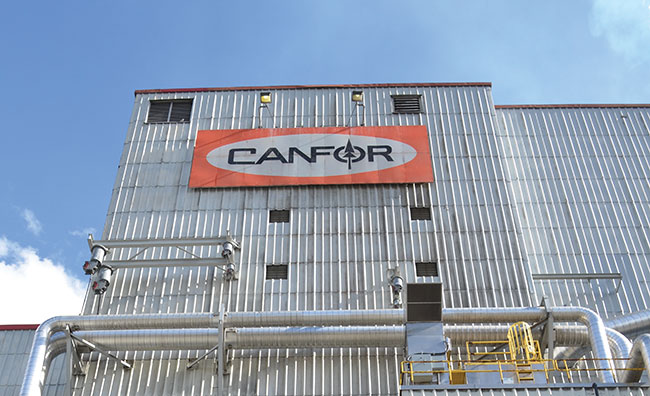 Canfor has reached agreements to sell its Mackenzie, B.C., sawmill and associated assets to Peak Renewables, as well as the Mackenzie region forest tenure to McLeod Lake Indian Band and Tsay Keh Dene Nation, for a combined $70-million price tag.

“We are very pleased that the sale of the Mackenzie tenure will provide an opportunity for the McLeod Lake Indian Band and Tsay Keh Dene Nation to grow their leadership in the forest economy and advance Nation stewardship values for the benefit of their communities,” said Canfor CEO Don Kayne.

Tsay Keh Dene Nation Chief Pierre said in a news release that B.C. First Nations have had a marginal role in the forest sector for “far too long.” The tenure purchase could dramatically change the imbalance in the Mackenzie area, he said.

“… with further work and agreements the Letter of Intent provides a clear path for the eventual transfer to and subdivision of the forest tenure between McLeod Lake Indian Band and Tsay Keh Dene,” Chief Pierre said.

Chief Chingee of the McLeod Lake Indian Band said the purchase is an important opportunity for them to continue working towards economic stability and prosperity, “all while ensuring careful and responsible stewardship of our sacred environment in accordance with our Tse’khene laws, customs and traditional knowledge.”

Peak Renewables, founded by BID Group’s Brian Fehr, came on to the B.C. forestry scene in 2020 and now operates sawmills in Galloway and Vavenby, B.C., as well as a finger joint plant in Cranbrook, B.C., and an OSB plant in Prince Albert, Sask.