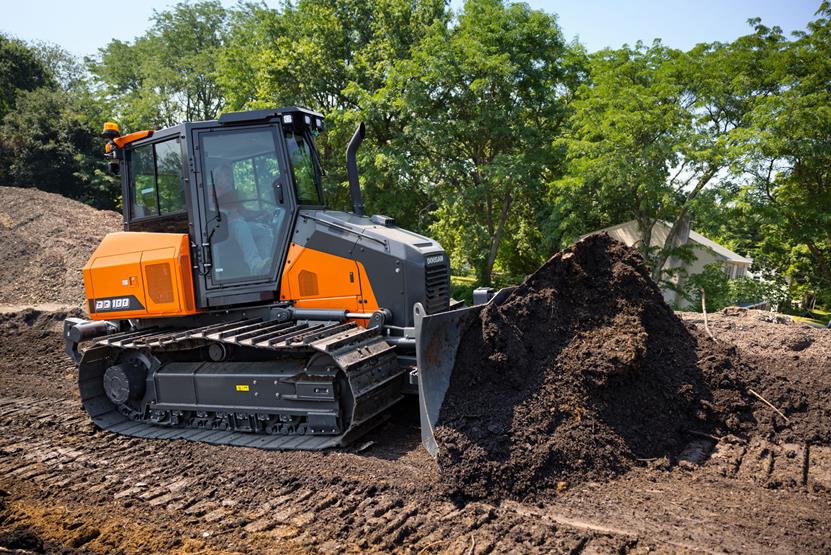 Doosan DD100 dozers are in full production at the manufacturing facility in South Korea.

Customers can expect to see an increasing number of Doosan dozers in North America as more machines arrive at dealerships.

Doosan Infracore North America unveiled its first dozer at a media event last December in Arizona: the 10-metric-ton DD100. The pre-prototype machine garnered significant interest from the media, and Doosan moved ahead with finalizing its first pilot machines.

In June of this year, Doosan shipped its first DD100 dozer from South Korea to North America. The machine arrived in August and was delivered to a customer in Pennsylvania. Shortly upon its arrival, the customer quickly put the machine to work at its topsoil production facility.

“It’s been an exciting 10 months since we announced our first dozer, then proceeded to manufacture our first DD100,” said Moo Young Park, engineering manager, Doosan Infracore North America. “We expect our dealers and customers to embrace the new Doosan dozers and to see more of them on job sites yet this year.”

Looking ahead to 2023, Doosan plans to offer a larger model — the DD130 — in North America. The 13-metric-ton model is expected to launch in Q1 next year.