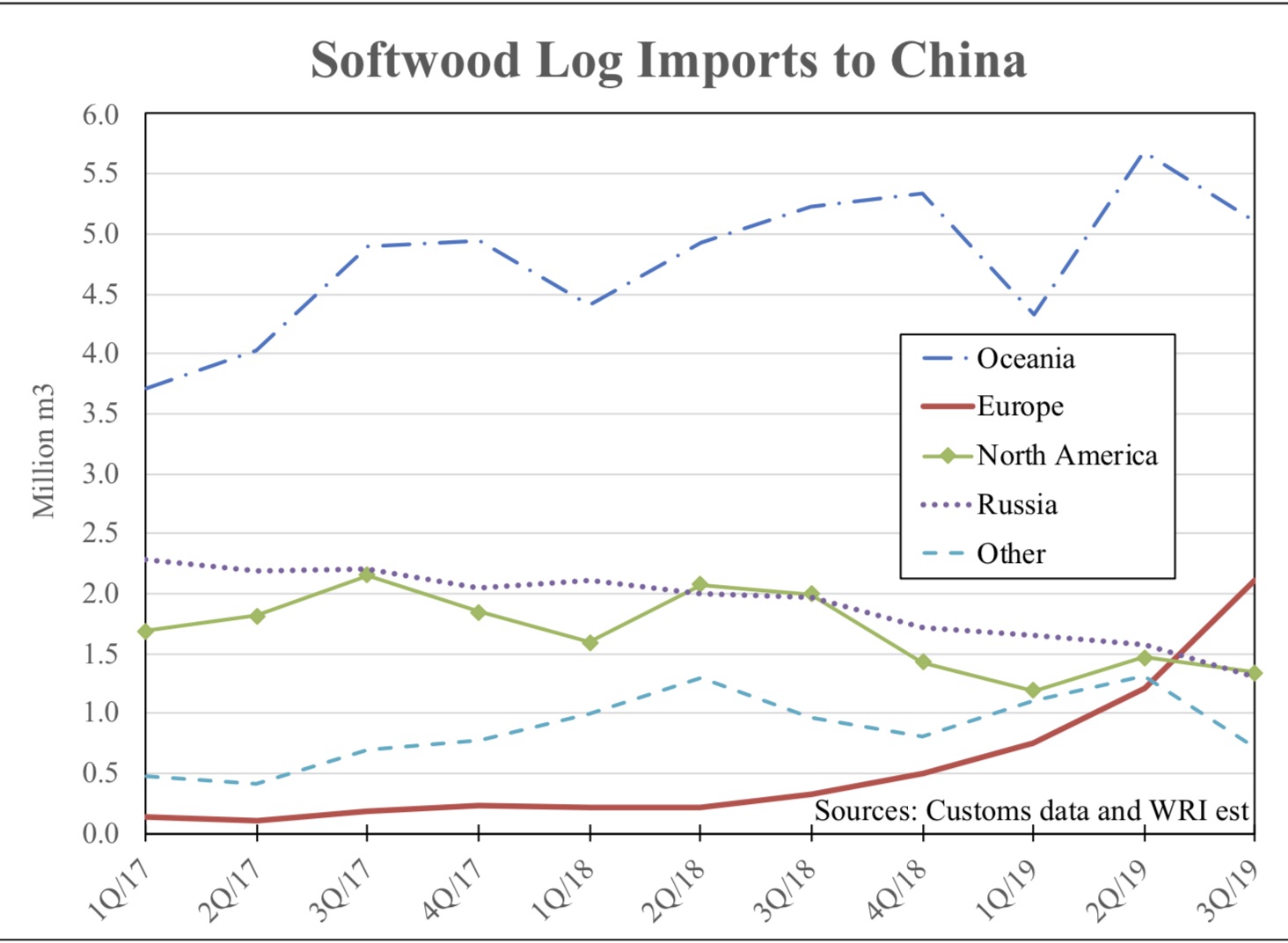 China is increasing importation of logs from New Zealand and Europe, while diminishing imports from North America and Russia. As a region, Europe is now the second largest supplier of softwood logs to China behind New Zealand, reports the Wood Resource Quarterly (WRQ).

In the 3Q/19, log imports from Russia were at their lowest levels in almost 20 years. The only other major change in the Chinese market over the past few years has been an increase in pine log shipments from Uruguay.

These have increased from just a few thousand cubic meters in 2016 to almost 2.5 million m3 last year, making Uruguay the fifth largest log supplier to China in 2018. Startlingly, shipments from Uruguay to China fell to less than 200,000 m3 in the 3Q/19, when prices for logs plummeted to the point where it no longer made financial sense for Uruguayan exporters to ship logs.

Interestingly, a number of countries in Europe, although some still small suppliers, have begun to expand their presence in the Chinese market over the past 12 months, reports the WRQ. This can be attributed to an oversupply of logs in their domestic markets. In the 3Q/19, the European supply of softwood logs totalled over two million m3 (see chart).

Wood Resource Quarterly (WRQ). This 56-page report, established in 1988 and with subscribers in over 30 countries, tracks prices for sawlog, pulpwood, lumber & pellets worldwide. The WRQ also reports on trade and wood market developments in most key regions around the world. For more insights on the latest international forest product market trends, please go to www.WoodPrices.com.