October 1, 2019
By Forest Enhancement Society of BC

October 1, 2019By Forest Enhancement Society of BC 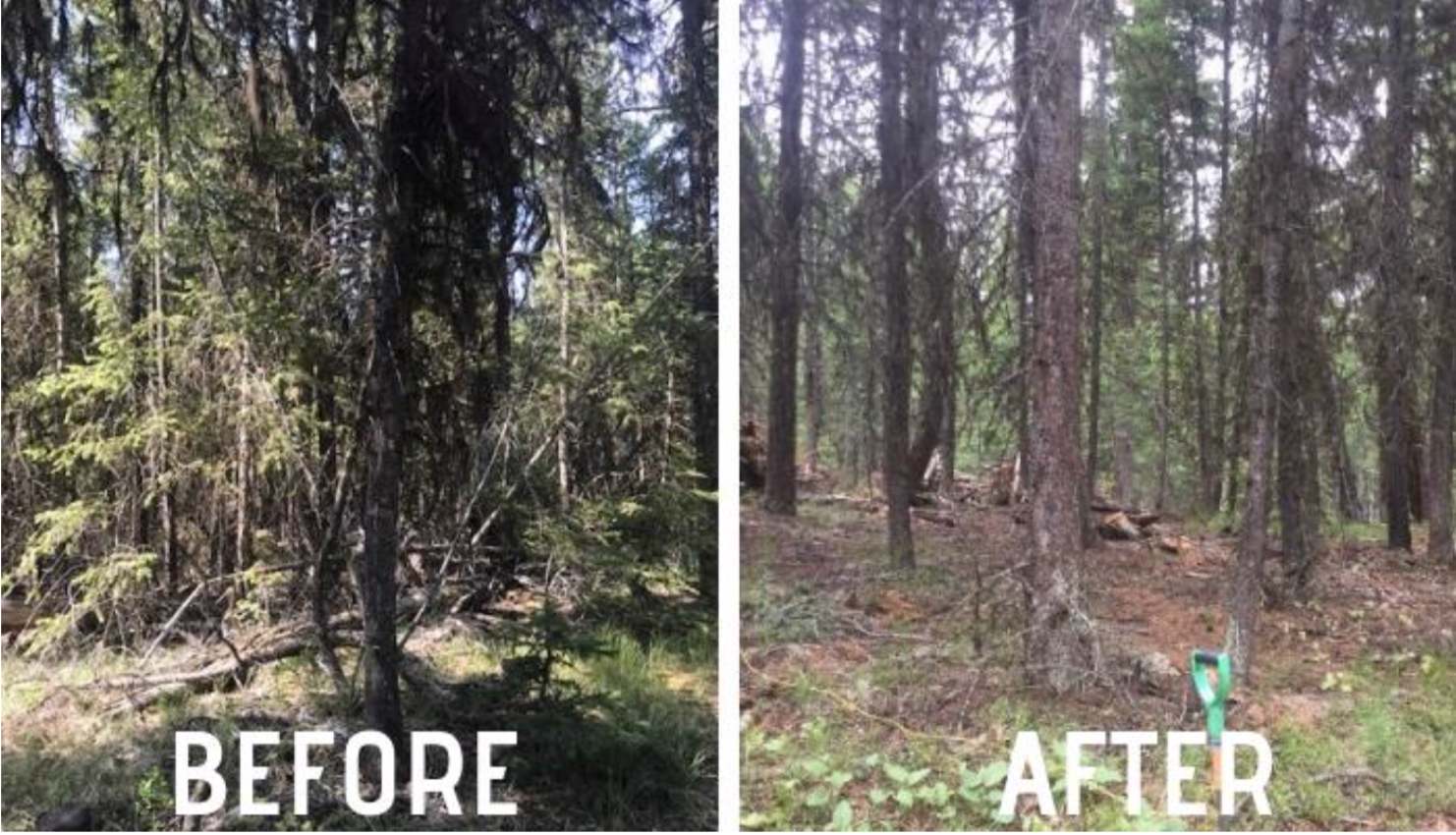 Agur Lake Camp, located 20 kilometres west of Summerland, B.C., is B.C.’s only fully accessible campground for people with disabilities and their families and caregivers. The camp provides an oasis for rest and rejuvenation from the challenges of living with an illness or disability. Recently, the Forest Enhancement Society of B.C. (FESBC) funded a wildfire risk reduction project which resulted in the removal of fuel from over six hectares of land, a project critically important to protect those who visit and operate the camp, as well as the infrastructure of the camp itself.

“There are a lot of families and groups that service people with disabilities who return every summer,” said Debbie Schneider, office manager and director of the camp. “We had over 400 visitors join us in 2019. Many of them come from the Okanagan, but a large number also come up from the lower mainland. We are a camp open to people with many disabilities, not just physical.”

In 2015, the BC Wildfire Management Branch identified that the camp was in the wildland urban interface and categorized the area as a high to extreme fire threat. The Agur Lake Camp Society Board of Directors wanted to reduce the amount of fuel and reduce wildfire risk to the camp’s 10 structures and camp users. Camp volunteers had been actively reducing fuel loads on the Crown lease area, but the size and scope of the work required expertise and additional resources to be effective.

“It would have taken 10 years for volunteers to get the work done,” said Janice Mallory, Agur Lake Camp Society board president. “Through the FESBC-funded projects, we were able to extend the safe area out as far as possible away from the camp and keep it safer for the campers and the camp itself.”

Mallory also noted the additional cleared areas will allow for trail expansion into wooded areas that were previously inaccessible.

Steve Jones, consulting forester with Southern Interior ForestCraft Ltd., was retained by the camp’s board to facilitate the funding application to FESBC and the subsequent work.

“We treated over six hectares and removed 85 per cent of the hazardous fuels — this created approximately 1,000 debris piles which will be burnt later this fall,” said Jones, who worked with the Penticton Indian Band to complete the project. “The Penticton Indian Band conducted a cultural assessment of the worksite with a fuel management crew with archaeological training looking for cultural resources that needed to be protected.”

Jones noted that no cultural resources were identified, likely due to the site being previously logged in the 1940s. FESBC approved funding for the initial work to prepare the wildfire risk reduction planning and prescription and then provided additional funding for the on-the-ground forestry work undertaken by the Agur Lake Camp Society and its partners.

“FESBC is very pleased to see the project nearing completion,” said Dave Conly, FESBC Operations Manager. “Reducing wildfire risk is one of our society’s primary purposes and through this funding, the project thinned out the forest and reduced the accumulations of wildfire fuels adjacent to the camp. This camp is certainly a special place and provides a great service to B.C. communities by enabling people with disabilities, plus their families and caregivers from across the province, to experience the forest environment in a safe and responsible manner. With these treatments nearing completion, the camp will have lower risks in future wildfire seasons. It’s a good news story we can all be proud of.”