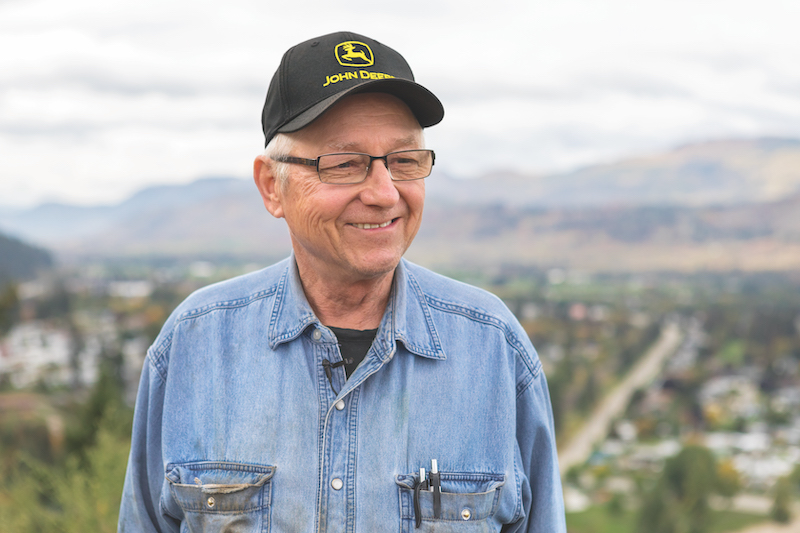 Danny Mattey, the second generation to run the Mattey Bros. business, saw many changes through the years. Photo supplied.

During his lifetime, Daniel Mattey witnessed the unfathomable in the logging industry. In 1932 in Chase, B.C., he had formed Mattey Bros., Ltd., dedicating his life’s work to logging. His family business was built with years of gruelling labor, grit and determination. It started with a fleet of horses, not a fleet of machines.

So, 62 years later, he couldn’t quite believe what he was seeing right in front of his eyes. It was 1994, and Daniel Mattey looked on as his son, Danny Mattey, and grandson, Dan Mattey, fired up a John Deere 690 with an HTH20T Waratah processing head they had just purchased.

“My grandfather got to see the first processor we got and it was a whole new world for him,” Dan says.

“He couldn’t believe what it did in comparison to the days of hand bucking, that’s for sure,” adds Danny. “It was totally unbelievable for him. For the work my dad did, they were lucky to get a load or two day, which now, you do it with four or five guys doing eight to 10 loads, depending on the wood they’re in.”

The industry mechanization pioneered by Waratah was nothing short of amazing. In fact, this year Waratah is celebrating its 45th year in business, which marks four decades of industry innovation. Dan’s grandfather witnessed that innovation firsthand. 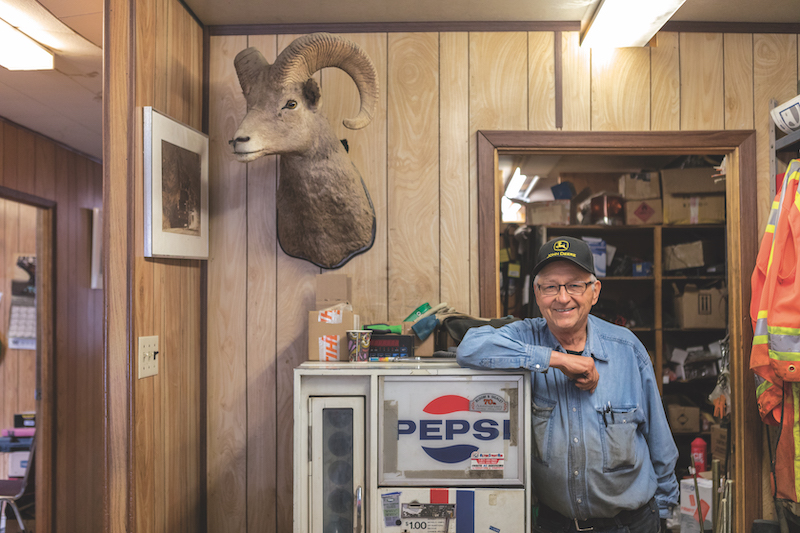 Danny Mattey stands in the shop, which he began working in as a young teenager for his father.

The past and perseverance

After Daniel passed away, his son Danny took over business operations at the office. His grandson Dan became an operator on the job sites, extending the family business for another generation.

“When my grandfather and his brother started the business, it was just a pole company — they did cedar poles or native cedar poles. They worked with horses and we’ve worked our way up to machinery,” Dan says.

Back then, the logging industry was physical and the work could be treacherous. Using crosscut saws, hand bucking, de-limbing and sending logs down a flume, pulling logs with horses – it wasn’t for the faint of heart.

“My dad logged way up at the top end of Adams Lake. They went up by boat. They’d go for two weeks at a time, with no one at this end knowing if they got there or didn’t get there,” Danny says. 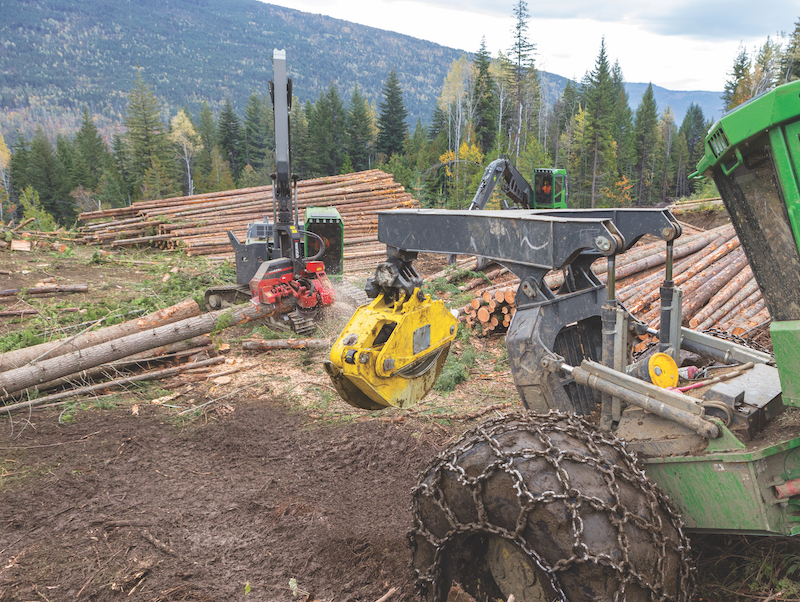 The Waratah HTH623C at work for Mattey Bros., Ltd.

Dan says the past practices of the industry, which seem so distant to today’s methods, required immense stamina and physical strength.

“You’d be in a lot better shape then, I’ll tell you that,” he says. “The first tractor they got had no blade so they had to build the trail with the shovels and picks so the tractor could drive up and down instead of the horses. My grandfather always said it was better than horses because he didn’t have to feed the tractor.”

Danny began working in the shop as a young teenager for his father and saw the company grow through the years.

“I basically started in the shop when I was probably 16 or 17, then drove the truck for a number of years,” says Danny. “When I started, of course, it was all hand fellers, line skidders, or skidding with an old carrier of some kind. Then a few years later, we got into a wheel loader, which was a really big deal compared to the old heel boom. Then we transitioned to what we use today.”

Danny has always enjoyed the lifestyle that comes with the industry and operating the business, and seeing it grow over time has been extremely rewarding. 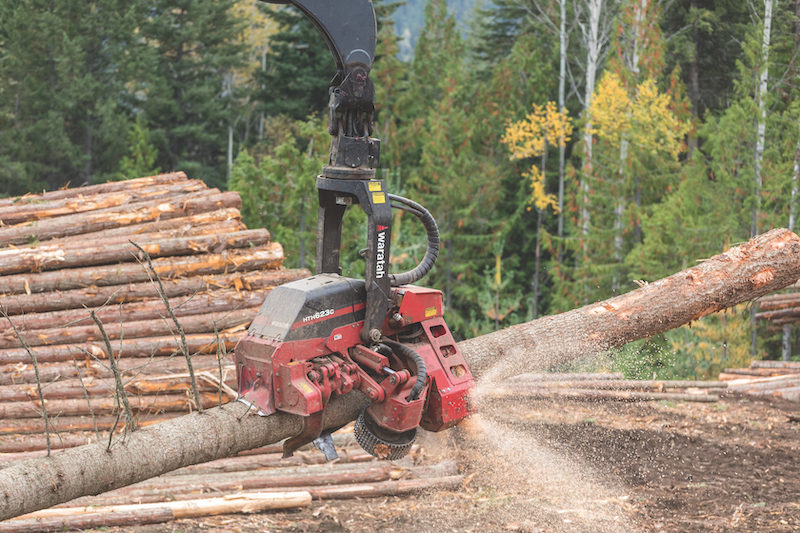 The Waratah HTH623C is one of 10 Waratah heads Mattey Bros have purchased over the years.

“I’ve got some guys that have been with me for years and years. Just to have them carry on and see their families grow – that, to me, is very important,” Danny says.

Today, working mountainside in Salmon Arm, B.C., Danny, Dan and his team use hot logging methods to work as efficiently as possible. They have a fleet of John Deere equipment including a 2654G carrier with a HTH623C Waratah head and a 2656G with a claw.

“You don’t have to fight with big piles when you’re hot logging,” Dan says. “We all work together, and we’ve got quite a few different sorts. It’s nice to have the loader right there.”

Mattey Bros. has purchased 10 Waratah heads over the years. 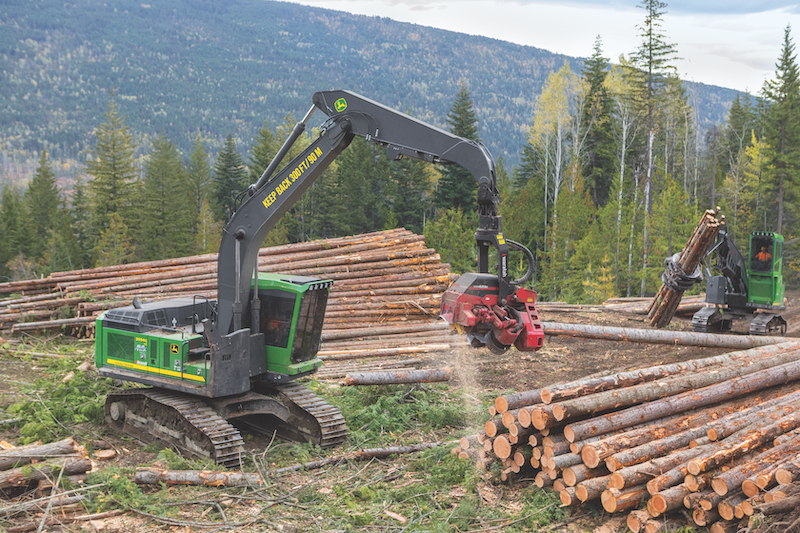 “We’ve had good luck with them so it was an easy choice,” Dan says. “And we’ve run a lot of John Deere equipment, so they seem to go hand in hand. We like the service with the Waratah, and the fact that they’ve been around longer. It’s just more dependable than anything.”

Through the generations, many things have changed, but important traditions remain. For the Mattey family, their legacy in the logging industry has spanned three generations. Dan has been working in the family business for 22 years now. He was hoping to be a hockey player, he jokes, but once he started working in the shop and out in the field, that dream changed.

Danny says he looks forward to the day when the next generation, his son Dan, takes over the business.

“I’m hoping Dan will carry it on and hopefully my grandson will come into the business eventually and continue it,” Danny says. 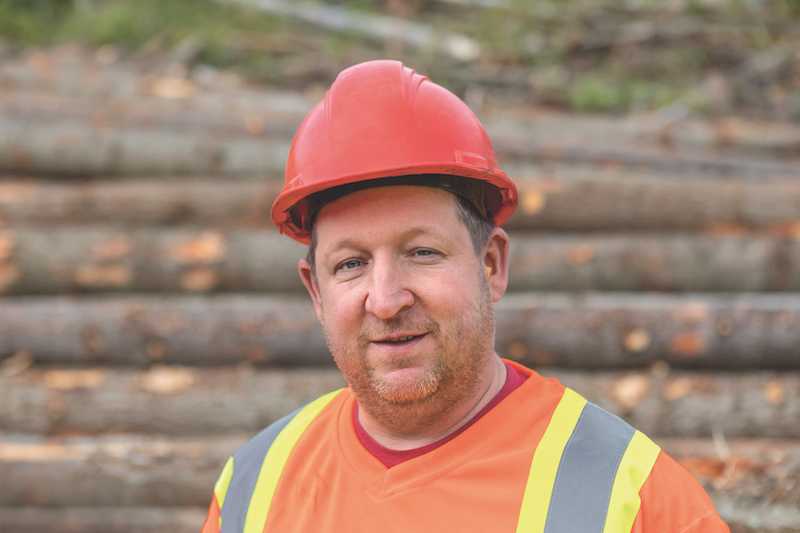 Dan Mattey is the third generation carrying on the Mattey Bros. business.

While Danny’s grandson might carry on the business, he’ll be bringing a new name into the mix.

“My son isn’t a Dan. I broke the tradition,” Dan says, with a laugh. “I found it too confusing, so I named my son Gavin instead.”