North American lumber demand and supply trends are based on excerpts from the “Softwood Lumber” chapter of WOOD MARKETS 2011. U.S. lumber consumption continues to be constrained by the ongoing turmoil associated with the U.S. housing market and global economic crisis. Numerous factors needed for the U.S. market recovery remain absent:

All of these economic and housing issues need to be reconciled before a stable U.S. housing market and lumber cycle can resume. However, U.S. housing starts have moved off the bottom from Q2/2009 and have been inching higher in 2010. A return to a more normalized housing market, and new residential starts of 1.5 million housing starts by 2015, appear to be long shots in the 2011–2015 outlook presented in WOOD MARKETS 2011.

U.S. softwood lumber production peaked in 2005 at 40.55 billion bf (nominal) and bottomed out at 23.6 billion bf in 2009 — a 42% decline of 17 billion bf. Total U.S. shipments are forecast to rebound slowly to 24.7 billion bf in 2010 before moving higher to 29 billion bf by 2012. This should occur more quickly in the South given its plentiful timber supply and the abundance of mills that could start up reasonably quickly (as opposed to the more timber-constrained West).

Canada’s softwood lumber production peaked at 35.2 billion bf in 2004 and has since plummeted to 19.4 billion bf in 2009 – a total drop of 15.8 billion bf (-45%). Canada’s lumber output will rebound over the next four to five years, until the full impact of the mountain pine beetle epidemic in B.C. finally reduces timber harvest and lumber production. Other timber-supply constraints, including the drop in the annual allowable harvest in Quebec and the pending impact of the mountain pine beetle in the Prairie provinces, will assist in lowering Canadian lumber output in the current decade.

Consequently, the market share of Canadian lumber in the U.S. will start to drop slightly over the forecast period and more dramatically in the second half of the decade. Factoring in the strengthening Canadian dollar, the current export taxes on softwood lumber and new disputes over the Softwood Lumber Agreement for B.C., Canadian lumber exports to the U.S. appear to be under growing pressure. However, exports to China are soaring for B.C. coastal and Interior sawmills, providing a new supply channel and causing W-SPF prices to surge despite lacklustre U.S. demand.

Softwood lumber exports to China should continue to grow given that total log exports to China can only rise at the current rate of some 5% per year, i.e., not enough logs to meet China’s needs! The main beneficiaries of growing Chinese softwood lumber importers will continue to be Russia, Canada and the U.S., along with Southern Hemisphere radiata pine producers. Even with the potential of the Russian log export tax declining from its application to the WTO, no significant change to lumber’s fortunes in China is expected.

NORTH AMERICAN OSB
& PLYWOOD OUTLOOK
The outlook from the “OSB and Plywood Chapter” is presented as follows.

The collapse in U.S. housing starting in 2006 has gutted the OSB industry and left many plywood mills hanging on for dear life as the market cycle finally starts to right itself and move upward. OSB demand shrank during 2007–2009 to just over 50% of its 2006 volume, with a corresponding drop in output. This resulted in an unprecedented level of OSB mill curtailments and permanent closures (beginning in 2006 and quickly accelerating through 2009). The main drivers that continue to influence the fortunes of OSB and plywood include the recovery of the U.S. economy and housing markets, along with the return to a healthy U.S. financial and credit sector. The WOOD MARKETS 2011 forecast predicts a modest recovery in 2011 as a result of some improvements in housing foreclosure rates and home-inventory levels that have held back new-home starts.

Since the peak year of 2005, massive declines in demand for structural panels have occurred for plywood and OSB through to 2009 (-43.5% and -49% respectively). OSB consumption remains heavily correlated to housing demand, with new residential construction normally accounting for more than two-thirds (to three-quarters) of all OSB usage (but only 30% in 2009 due to reduced housing starts). Plywood continues to be impacted by a decreasing market share of sheathing panels in floors, walls and roofing as lower-cost OSB increases its market share in all three segments. However, plywood is more diversified in other end-use segments, e.g., industrial and remodelling, and is less dependent on sheathing products. 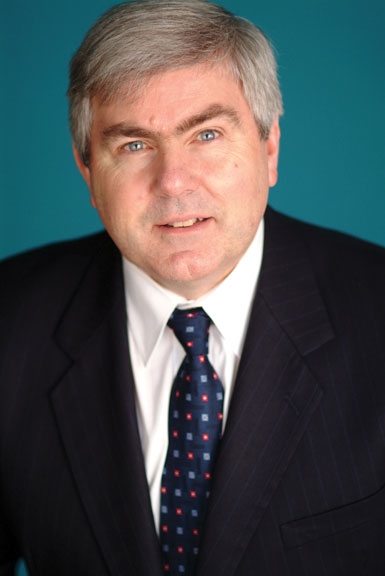 North American lumber demand and supply trends are based on excerpts from the “Softwood Lumber” chapter of WOOD MARKETS 2011. U.S. lumber consumption continues
Print this page


Related
Tightening Timber Supplies and Rising Prices
Is the ‘Super Cycle’ Coming?
North America/Global Developments
It’s Not Over ’til It’s Over