Almost 200 delegates from 20 countries attended WOOD MARKETS’ Global Wood Products: Industry and Markets Conference in Vancouver in May. A key theme at the Conference was revealed by the many references to the potential for shortages of timber harvests and lumber production that could occur in line with the expected market super-cycle rebound about the middle of the decade. Some conference highlights follow, including the impact of China’s surging demand and the limited role that Russia will play in the short term. 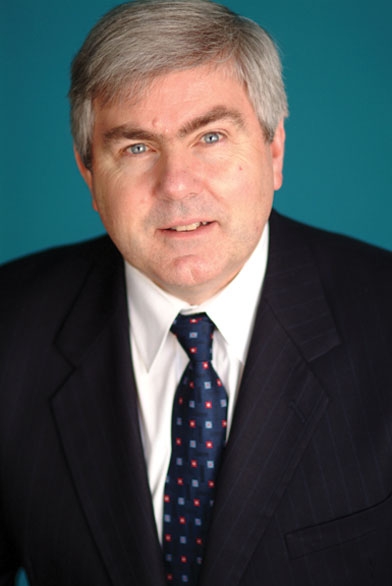 Almost 200 delegates from 20 countries attended WOOD MARKETS’ Global Wood Products: Industry and Markets Conference in Vancouver in May. A key theme at the Conference was revealed by the many references to the potential for shortages of timber harvests and lumber production that could occur in line with the expected market super-cycle rebound about the middle of the decade. Some conference highlights follow

North America Log
Exports vs. Domestic Sales
A new development is how new timberland owners are chasing log exports to China and other Asian countries and, in many cases, ignoring the needs of domestic mills and their ability to pay on the spot market. Dennis Neilson of Dennis A. Neilson & Associates (DANA) believes the huge increases in log exports from New Zealand, Australia and the United States reflects not only low domestic market demand, but also timberland ownership changes (including the recent conversion of Weyerhaeuser to a Timber Real Estate Investment Trust or T-REIT) over the last two decades. Institutional timberland owners will (understandably) chase the highest dollar, and not be too concerned about any consequences related to reductions in domestic employment and/or processing when log export markets are hot. Further, these arrangements discourage expansion in domestic log-processing capacity given that without a secure log supply new capital projects now have a higher degree of risk. As these “inherited” wood-supply contracts terminate over the next decade, it is expected that more trouble will loom for sawmills and plywood mills within the domestic sectors. Richard Kelertas of Dundee Securities said that there is an expectation that higher prices for global fibre will be required until the potential supply gap is eventually closed. This could mean a 10% to 15% increase across the globe in log prices in each of the next five years.

Russia: Impact of the
Current Log Export Tax
The current 25% (minimum €15/m3) log export duty on Russian logs has reduced log exports by about 58% (from 52 million m3 in 2007 to 22 million m3 in 2010). Log exports to China — Russia’s single-largest log buyer — have decreased from about 26 million m3 to 14 million m3. The higher cost of Russian logs has encouraged Chinese log importers to find lower-cost suppliers of softwood logs and lumber to fill the void. This has had a positive impact on softwood log exports from New Zealand, the U.S. and Canada to China, as well as on Russian, Canadian and U.S. lumber shipments to China.

Many sawmills in Northern China have been dismantled by Chinese companies and moved into Russia to produce duty-free rough sawn lumber for China. Some of the major seaports for imported logs are undergoing rapid growth in log-processing capacity expansion, including the construction of hundreds of new Chinese sawmills through which to process the growing volume of log imports.

Russia: Potential Impact from a
Reduced Log Export Tax
In late 2010, the Russian government announced it would reduce the log export tax if and when Russia joins the WTO. No specifics about the proposed reduction were provided by the Russian government, and no further information has been made public. However, Russia has emphasized there will be no change to the current 25% (minimum €15/m3) log export tax until/when Russia joins the WTO.

Currently, Russian logging volumes are limited due to numerous logging constraints and logistics, as well as rising costs. The tax reduction, if applicable to log exports to China, would make Russian logs more cost-competitive in China, but only by a relatively small amount. Russian log exports to China are expected to increase slowly over the next two to three years, even with a 12.5% log export tax. It is expected it will take at least a few years for the Russian logging sector to rebound significantly.

Some interesting trends about China were presented at the Global Wood Conference that help explain the reasons for the projected dramatic growth of wood consumption in China, including the following:
From 2005 to 2025, the McKinsey Global Institute estimates that China’s urban population will grow by 350 million people (an amount larger than today’s entire U.S. population);
The urbanization movement in the next 15 years may lead to the building of 40 billion square feet of floor space in five million buildings, of which 50,000 are expected to be skyscrapers;
By 2025, China is expected to have 221 cities with populations in excess of one million people (Europe has 35 today);
China’s middle class is projected to double in the next 10 years (increasing by 350 million people);
A new 100-square-metre (1,000-square-foot) apartment in Beijing can cost 30 times an average salary. The government has introduced policies to reduce housing-price increases to a maximum of 8% to 10% per year.

The Chinese government has announced that it will build 36 million affordable (low-income) housing units by 2015.
Given the rate of increase in Chinese exports so far in 2011, there is the potential for China to become the world’s largest importer of sawn lumber in 2011, surpassing the U.S.!

With these real cost advantages and strong demand for sawlogs in China, log prices in the U.S. Pacific Northwest have reached such high levels that many domestic sawmills are being forced to curtail production rather than pay prices for logs that would generate losses.

Outlook
While near-term improvements in the North American and European markets were not expected to create much of a ripple in the short term due to weak demand prospects, it is the 2013–15 period that conference speakers identified as the break-out period, when an imbalance in supply and demand will lead to much higher log and lumber prices. The mid-term outlook for OSB and plywood was considered to be more subdued, but rising demand in the mid-term period will allow for more curtailed OSB mills to start up, with improving prices a foregone conclusion.

Every speaker mentioned or addressed the role of China as one of the major stimuli in increasing global exports and creating higher log and lumber prices. China’s growing appetite for logs and lumber will continue to increase imports from supplying countries around the world. As the U.S. and European markets begin to improve significantly in about 2013, the issue of which country will be willing to pay the highest price to obtain the wood will be an interesting one to watch; according to many speakers, there may be a collision course ahead.

The role of China is expected to continue to make logs and lumber a tight commodity as the super-cycle heats up — this is in direct contrast to the market conditions over the last five years and to what is expected in 2011, and most likely 2012! Since there are many issues that will limit eastern Russian log production, it is now expected that it will take a number of years for Siberia and the Far East to increase its log exports even marginally, even if its log export tax is reduced as part of its WTO membership. Consequently, China will need to continue to search the world for more log and lumber suppliers.

The ingredient now required to create a lumber “super-cycle” is a return to a more normal rate of new U.S. housing construction. This is anticipated to occur somewhere between 2013 and 2015, after which time it should be quite a ride!