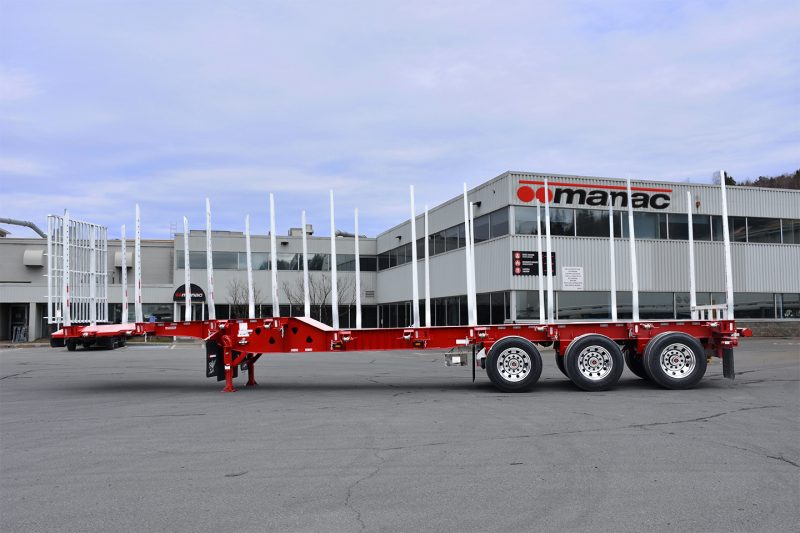 Manac is proud to announce the production and delivery of its 200,000th trailer out of its main production facility in St-Georges, Que.

Charles Dutil, CEO and president of Manac, said “This is a huge milestone not only for our company but also for our many dedicated employees and loyal customers. Manac was founded by my father Marcel here in St-Georges back in 1966. They produced the very first Manac trailer in a barn behind the family house and 54 years later we built the 200,000th trailer. It’s been a good journey so far.”

Dutil went on to say, “Appropriately, the 200,000th trailer was an impressive tri-axle log trailer sold to our longest standing U.S. dealer, Hale Trailer Brake and Wheel, who are headquartered in New Jersey and operate out of 11 branches on the East Coast. We have been long-term partners working closely together to support the many trailer markets our companies serve.”

Manac’s main factory is in St-Georges, Que., and is considered one of the most versatile in the industry. “We have five distinct production lines that provide us with the flexibility of producing various trailer models at any given time. The facility has undergone several expansions over the years to accommodate increased customer demand and additional volume from new designs and products”.

“This impressive growth is the result of our employees’ commitment to providing the most reliable trailers in the market place with the highest level of service combined with a proactive acquisition plan”, added Dutil.

Over the past 20 years Manac has acquired CPS Trailers in Missouri, Trailmobile, Liddell Canada, Peerless and most recently Alutrec and Cobra trailers.