April 7, 2016 - British Columbia’s Chief Forester Diane Nicholls was asked to speak to the spruce beetle infestation emerging in north central B.C. during her presentation on the province’s fibre supply at COFI 2016.

Nicholls mentioned that the spruce beetle infestation taking place in the Prince George and Mackenzie areas are very different than the Mountain Pine Beetle (MPB) infestation and needs to be handled differently.

“It is different in the sense that it is easy to track,” she said, adding that the stands are being affected in a “salt and pepper way” and not in a simialr manner as the MPB infestation where entire stands were being wiped out.

For this reason, she warned the people watching the infestation not to treat the issue the same way as an MPB infestation.

“We run a real risk if we run with a mindset of the MPB," she said. "We may be mining our green, mid-term timber if we go in there too fast and too quick."

Nicholls recommended utilizing the trap trees and to continued monitoring for the time being. 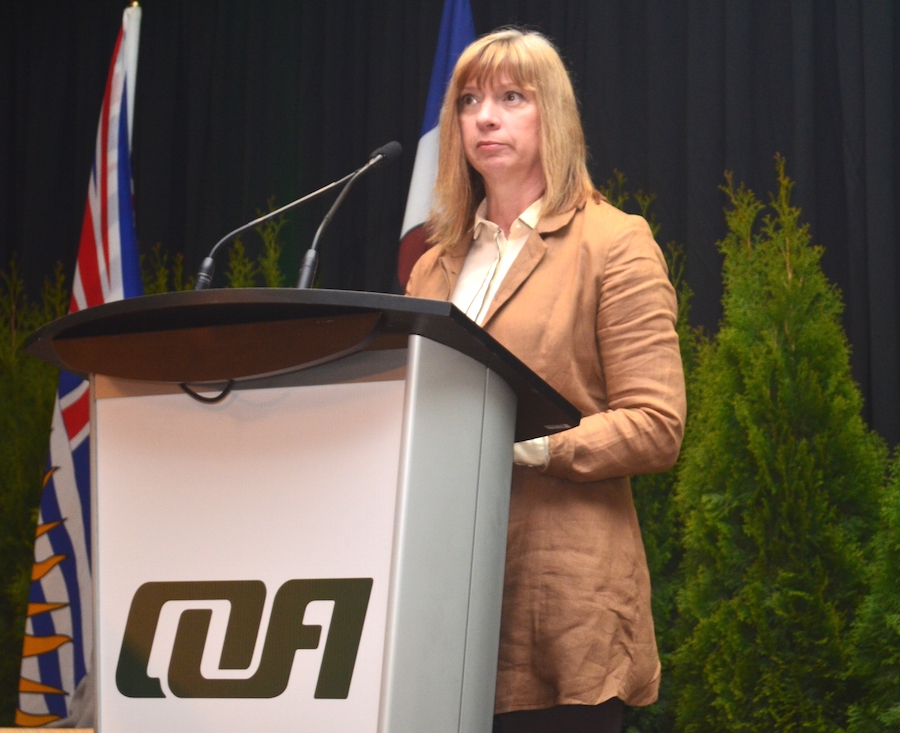