Dec. 22, 2017 - Some Canadian moose populations rely on balsam fir for over 50 per cent of their diet. These moose now have something to get excited about: there’s a new balsam in town!

Senescence Modulated Abscission Regulated Technology (SMART) balsam fir trees were developed following years of research by the Faculty of Agriculture at Dalhousie University and possess superior capacities in needle retention, aroma, colour, pest and disease resistance, architecture, responsive shearing characteristics and overall consumer appeal. This is good news not only for our moose (OK…  Joke’s over) but for Christmas tree growers in Atlantic Canada as well.

The Christmas tree industry in Nova Scotia alone is valued at $52 million annually, with more than one million trees exported each year. Many trees travel as far as the Caribbean and Dubai before landing in living rooms to be cherished as the timeless holiday staple. With continuous competition from artificial trees and other species south of the border, balsam fir trees possessing superior characteristic – namely better needle retention rates – may be an important factor contributing to the future success of the industry in Atlantic Canada.

SMART trees may also allow growers to “command a higher price with what's going on in the market now,” said Angus Bonnyman, executive director of the Christmas Tree Council of Nova Scotia. Indeed, superior tree lines such as the SMART tree combined with innovative propagation methods now in use to create millions of virtually identical individuals has created a momentum with the potential to change all segments of the forestry industry in big ways.

Phytocultures Ltd. has been tasked with bringing the clonal propagation technology (somatic embryogenesis) specific to balsam fir developed at Dalhousie to commercial scale. Phytocultures, founded in 1982, is a leader in plant propagation and possesses the technical experience and know-how to make the leap from research bench to mass production. Its facilities in Clyde River, P.E.I. include a full-fledged tissue culture lab staffed by propagation experts trained in aseptic technique, cross-contamination prevention and transfer speed. During an interview with CBC News earlier in December, Phytocultures owner Don Northcott explained that somatic embryogenesis of balsam fir is “quite an involved process” as opposed to “traditional type of propagation as you would with potatoes where you just cut pieces of potato plant into sections and then propagate them.”

Nevertheless, since the spring of 2017, Phytocultures has made great strides in adapting the somatic embryogenesis protocol for large-scale production. Somatic embryo production initiated, the company estimates attaining a few hundred thousand seedlings produced in this first pilot year as new laboratory methods are simultaneously being developed for upscale. Northcott expects those numbers to grow to millions per season by 2019.

An added bonus of growing SMART trees versus traditional balsam fir varieties: with more consistent output, Christmas tree growers will experience less product loss due to the growth of undesirable trees. This could mean an overall reduction in the use of eco-sensitive resources – be it irrigated water, fertilizer applications, etc.

Seedlings produced this year will then be transferred from Phytocultures to Scott and Stewart Nurseries in the spring of 2018 for soil acclimation, with a small number of seedlings having been already transferred for preliminary transplant studies. Once developed, these plantlets will be available to purchase by growers through the SMART Christmas Tree Research Co-operative – a partnership between Dalhousie University and the Christmas Tree Council of Nova Scotia. Until then, maritime moose will need to content themselves with Charlie Brown’s “not a bad little tree.” 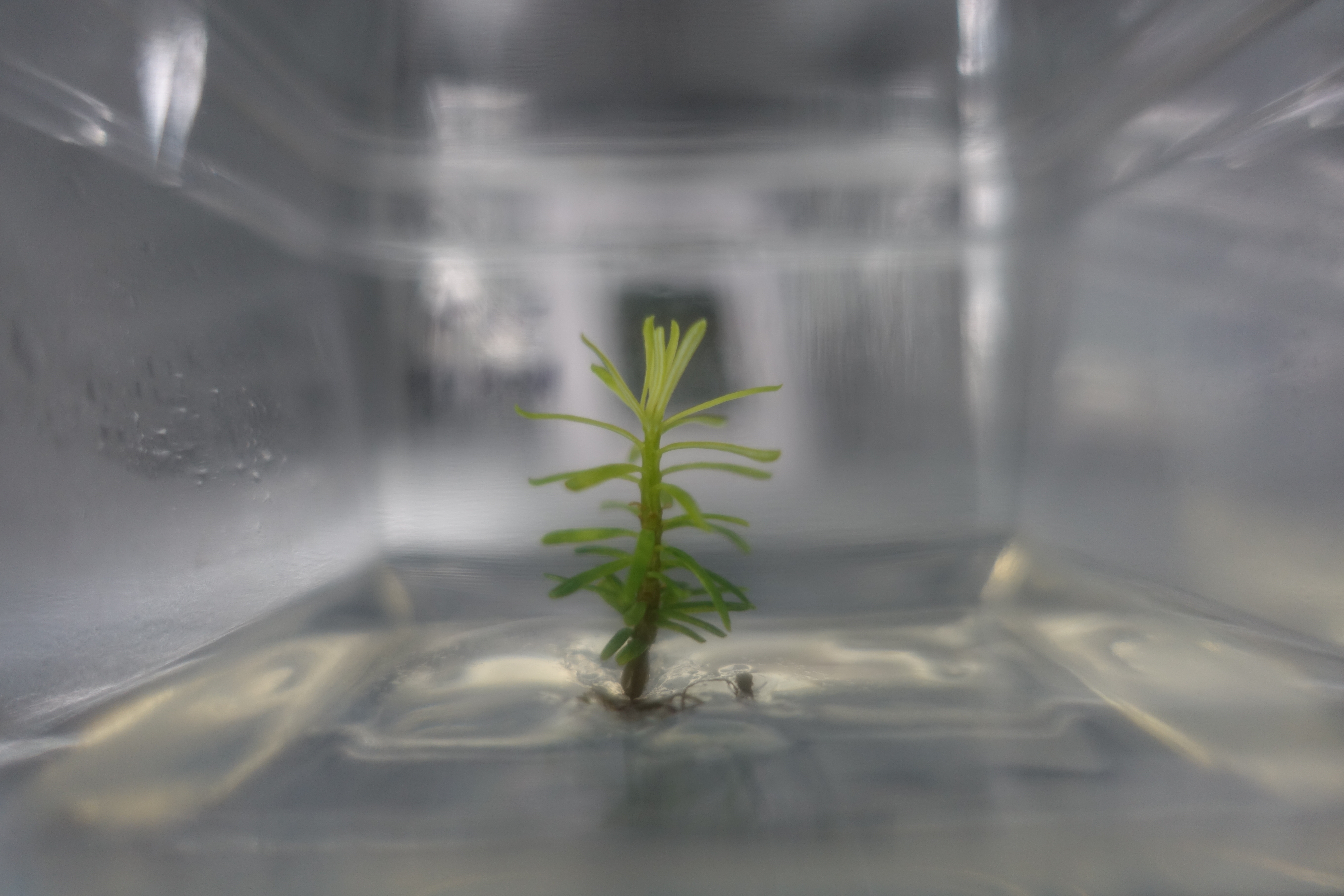