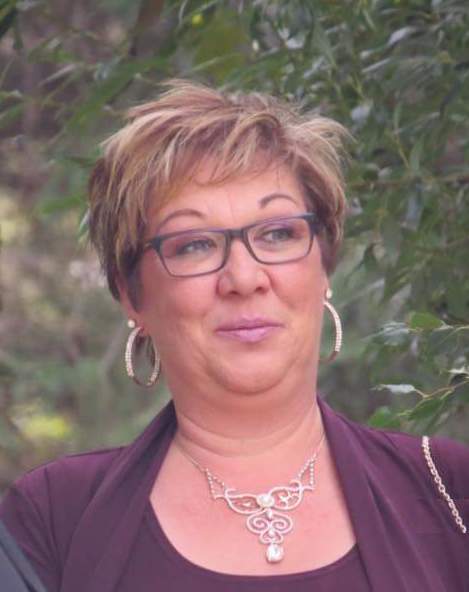 CFI: What led you to a career in the forest products sector?

In 1993 I was just finishing up my second year at the University of Alberta in Edson for a dual degree in Bachelor of Arts and of Bachelor of Education. I was a single mother going to university Monday to Thursday and working as a waitress full time in the evenings and weekends. There was an OSB mill in the community and I got to know a lot of the workers by serving them in the restaurant.

At the time the OSB mill didn’t hire women to work in the plant. They had been open for 10 years and were now going to diversify their work environment. The workers were telling me to apply and how much it paid. One of my friend’s dad worked as a production supervisor there and she told me her dad said I should apply. I remember thinking, why would you hire me? But I thought I should give it a try to see. Well, after a six-week process, I was hired and started there on June 23, 1993, as the first woman in that organization.

I thought I could work there for a few years, pay off what I had in student loans and save for my last two years of school. The shift schedule was 12-hour shifts, four on four off rotational shifts with one set of four being nights, and next set days. This enabled me to spend more time with my daughter and I would have full benefits for us.

I had no clue what to expect when I first started, but over the next seven years I worked through all the operating positions and loved learning the technical side of how each position and process centre in the mill impacted the production of OSB. This business is very technical and I found it thrilling to be learning each process area. I really wanted to learn and expand my knowledge around making OSB.

After seven years I took on a safety co-ordinator role when the company was introducing a behaviour-based safety program into Canada. We were a U.S.-based company and our mill became the pilot in Canada. Over the next two years we expanded it to all the company’s other mills in Alberta. In my third year of doing this I started to take on other safety functions, safety manager duties, to get me ready for the next level. I was promoted to safety manager in 2002 in our sister mill so I relocated to Drayton Valley in Alberta. Within three years I became the production manager and I was the first female in this role, and then operations manager.

Over the next several years I worked for several mills in a few different management roles, including general manager, and eventually left the business. I was going to take a year off when Interfor approached me with my current role as the U.S. Southeast production co-ordination manager overseeing nine production co-ordinators. I am responsible for hiring, training and improving production forecasting, order file alignment between sales and operations and shipping efficiencies in all nine mills.

My whole career has been about learning all aspects of the business from the ground up and I truly love it. I am in a different wood products business now and get to learn how they make their product.

CFI: Where there particular people who encouraged you or mentored you?

I have been very lucky to have great mentors throughout my career. When I was working on the floor I had one gentleman who helped me navigate through the unruly waters of being the first woman in the mill. He took me under his wing once I proved myself and taught me what I needed to learn to be a good operator. I also had a great millwright who taught me the mechanical side of the equipment to help me be a better operator.

When I started in management I had a great mill manager, Jeff Fickett, who helped me grow as an effective leader and showed me through his style what kind of leader I wanted to be. He helped me identify my strengths and how to use them and he had great patience as I stumbled along the way and worked with my opportunities around the business acumen and process. He believed in my ability even when I doubted it. Later when I went back to Edson in Alberta I met the next great mentor, and his name was Tony Ramm. He had a very similar style to Jeff and helped me at a point in my career when I was struggling.

CFI: Do you find there are particular challenges or hurdles for women in our industry?

There are many challenges in our industry for women, but the most apparent is the slow growth of women in non-traditional roles like operation roles. It is accepted for women to be in human resource, safety and environmental, administration roles, but not widely accepted in operational roles like production, technical, maintenance and mill managers. In my experience there was a belief that we have a hard time learning the mechanical impacts or aspects that impact operations or don’t have the physical abilities to complete the roles. Traditionally we often don’t grow up or are exposed the mechanical side, but we can learn when people take the time.

The other hurdle is most women learn and communicate differently than men. Both sides need to learn how to bridge this gap. This is where the male mentors in my career where able to help me excel in my non-traditional roles.

We should be addressing this bias against women in trades. Companies should work to bridge the gap between men and women, and have both sides learning how to communicate in an effective manner.

CFI: What advice do you have for women starting out in the forest industry?

Women should be prepared for the bias and help show the world we can overcome this bias. You will need patience and understanding when dealing in this environment but be persistent in making change without being seen as a feminist.

Reach out to other women who have been through similar circumstances and ask for help on how to work through the situations. Unfortunately during my career I didn’t have that avenue, but, like I said, I had really good mentors who helped.

Sometimes we are nervous to ask for help or advice because we are being watched or judged heavily in our abilities and we don’t want to be seen as a failure, but by trying to deal with it on our own we become failures. Asking for help isn’t a weakness, but a strength, recognizing that we can’t do it all on our own.