Oct. 23, 2018 – Ethan Martin is in the business of myth busting. As a licensed structural engineer and regional director for WoodWorks in the U.S., Martin educates architects and engineers about the use of wood as a replacement for concrete and steel. “I show people step by step how to build wood buildings,” he said. 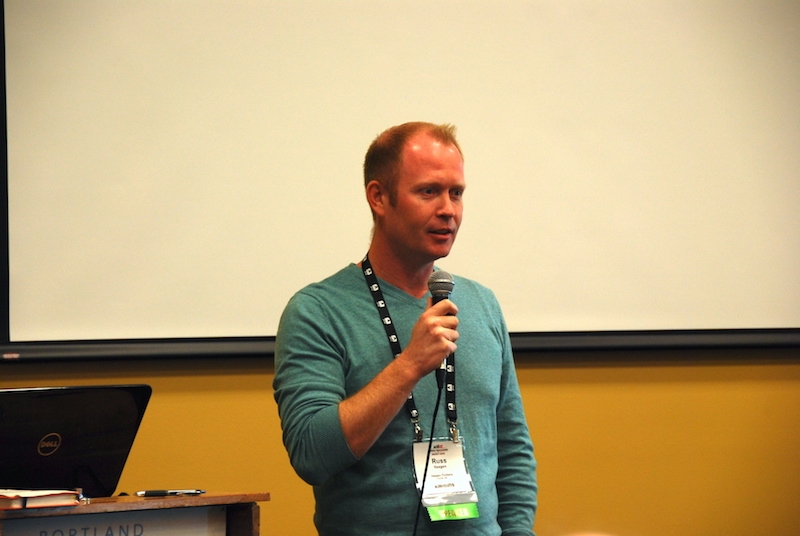 He also explains why wood buildings are safer in a fire event: “Have you ever tried to start a camp fire with a large log? No. We know it won’t light. It’s the same idea for mass timber.”

At the 2018 Timber Processing and Energy Expo (TP&EE) in Portland, Ore. last week, Martin was there to educate an audience of lumber producers, who have heard time and again over the past several years that mass timber is the future of the forest products industry.

But that doesn’t mean it is in competition with dimension lumber mills. “The whole concept of CLT [cross-laminated timber] was to compete against concrete. It’s not competing against other lumber,” Martin told the audience of about 50 during a day of sessions on mass timber.

The market for stick frame residential buildings likely won’t change in North America. CLT, glulam and other engineered wood products are solutions for the commercial construction industry in place of concrete and steel, Martin explained.

As mass timber becomes more popular, building codes in North America are changing to allow for taller wood buildings. UBC Brock Commons in Vancouver still holds the claim to the tallest mass timber building in North America, but it will soon be surpassed. A developer recently unveiled the design for a proposed 21-storey mass timber tower in Milwaukee.

But tall wood isn’t the only option for mass timber, Martin said. One- and two-storey commercial buildings, such as recreation centres and municipal offices, also make sense to build with engineered wood as a cheaper and more environmentally friendly option. The opportunities there are seemingly endless.

“We need to think of it as not just a building material, it’s an entire building concept that we’re selling,” Martin said.

Lack of suppliers is a roadblock to growing the mass timber market, according to Charles Gale, principal at Doug Fir Consulting. The demand for CLT and newly introduced mass plywood panels (produced by Freres Lumber) is currently greater than the supply. Europe, he said, is driving most of the global demand, “but the market is on an upward trajectory in North America.”

Vaagen Timbers, headed by CEO Russ Vaagen, is a recent addition to the mass timber industry. The company, formed in 2017, is currently constructing a CLT and glulam facility in Colville, Wash. Vaagen, former vice-president of family-owned Vaagen Bros. Lumber sawmill, said the deciding factor in making the move to mass timber was requests from environmentalists. “There is demand, especially in urban environments, for environmentally conscious building materials,” he said.

Each mass timber building consumes a massive amount of lumber compared to a stick-frame building. “That is a very exciting opportunity for the industry,” Vaagen said.

While there are growing pains in developing mass timber supply and demand, Vaagen says he’s a strong believer that it’s the right direction for the industry, and a way to promote the sustainability of wood to the average consumer.

“Most people don’t know the story of the forest products sector. I think in order to get where we need to go, we need to tell those stories,” he said.