Sept. 5, 2018 - Are logging contractors across Canada seeing their profits slip away? 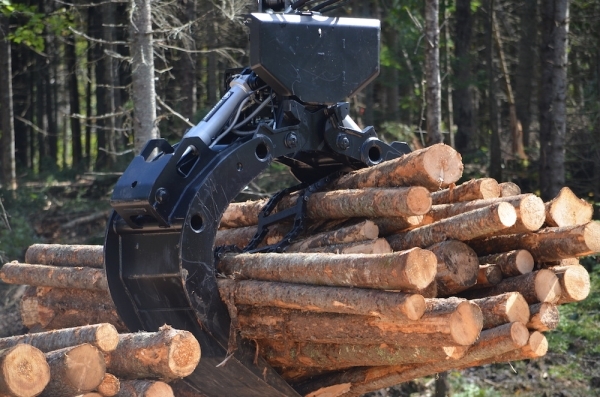 When asked about last year’s profit margin, half of respondents in CFI’s 2018 Contractor Survey say it was three per cent or less – with a worrisome 28 per cent claiming to have made no profit. (We defined profit margin as return on revenue as a percentage, or profit before income tax divided by total revenue. E.g. $5,000 of profit on $100,000 of revenue is a five per cent profit margin.)

By contrast, in our 2016 survey 38 per cent made three per cent or less, with just 17 per cent reporting no profit in 2015. See how the numbers compare in the chart below. 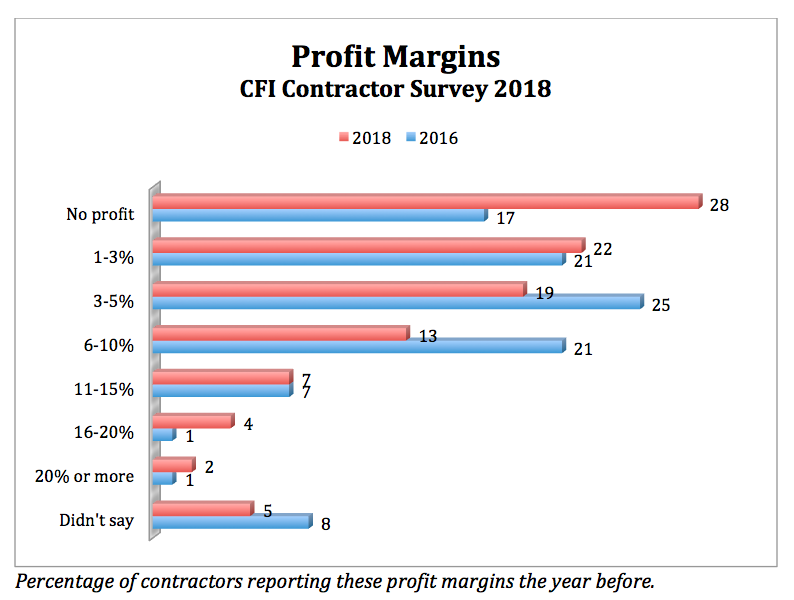 There was a significant drop in the number of contractors who earn profit margins of between three and 10 per cent. While there was a slight increase in companies reporting profit margins of 16 per cent or more, it is not enough to tip the scales towards a favourable outlook for the industry.

Regionally, Ontario is a red flag with 67 per cent of respondents reporting no profit last year, and none reporting margins of 11 per cent or higher. Atlantic Canada and the B.C. Interior also appear to be struggling with more than a third of contractors there making zero profit.

Alberta and Quebec seem to be the most profitable regions, with 21 and 22 per cent of contractors respectively posting profit margins 11 per cent or higher. 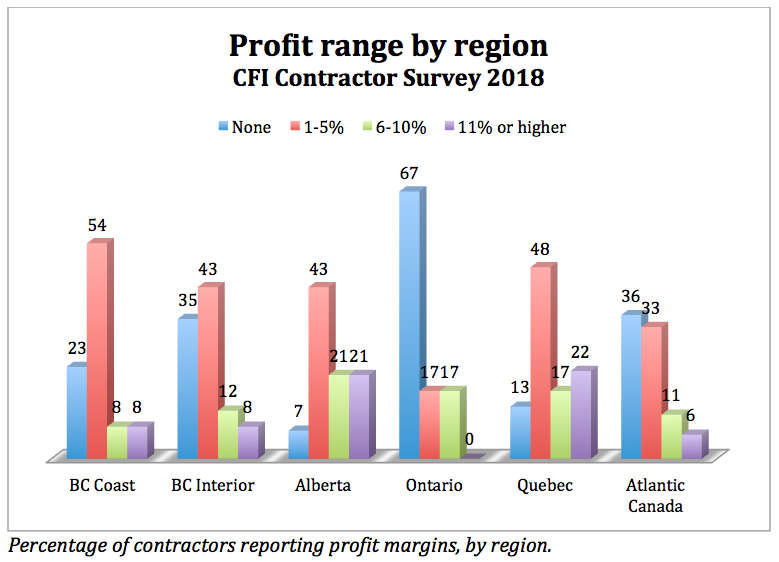 These numbers are particularly concerning when compared to profit expectations reported last week, which show 66 per cent of contractors feel 11 per cent or higher is a fair profit margin. The reality is just 13 per cent are making that cut. 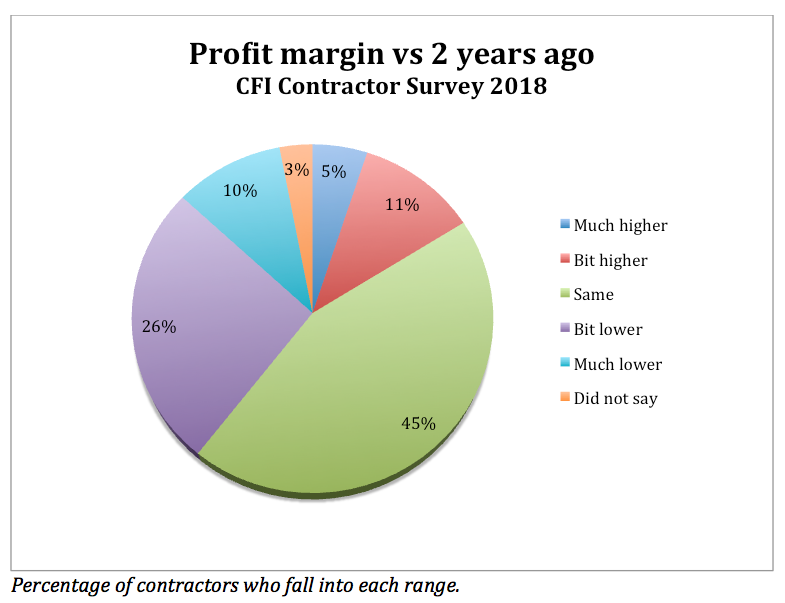