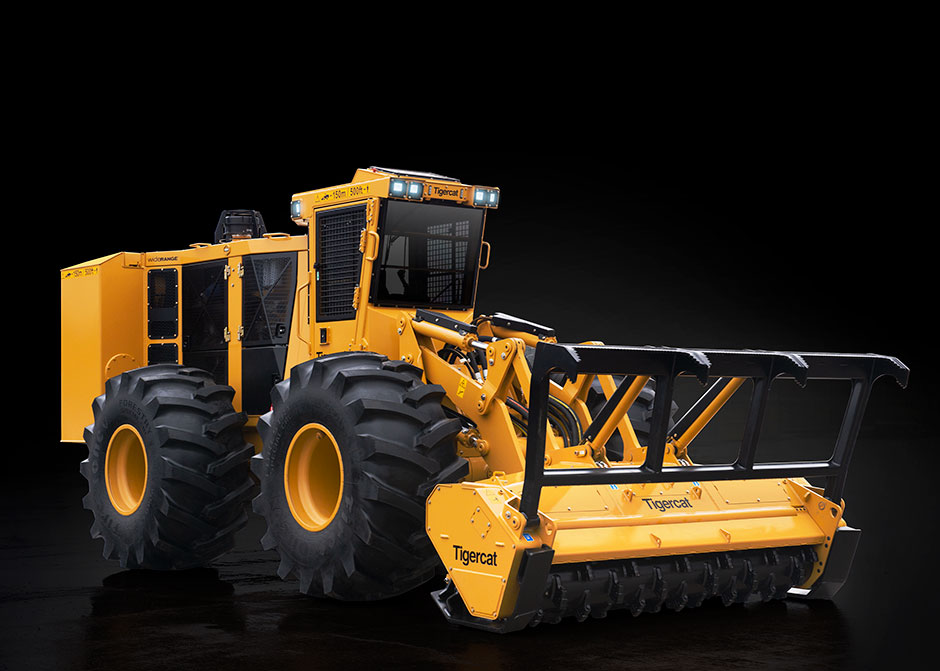 Tigercat adds to its mulcher line-up with the release of the 760B mulcher and the 4061-30 mulching head.

The new 760B is a 550-hp class mulcher carrier that shares major components with the field proven and similarly classed Tigercat 480B track driven mulcher as well as the popular M726G wheel driven mulcher.

The 760B was designed primarily for silviculture applications. Forestry companies require the capability to efficiently clean up residual post-harvest forest debris and grind stumps to ground level. The 760B meets this requirement and the machine will also find application in large scale land clearing and ROW projects.

In stable, well drained soil types, a high horsepower wheel driven machine has many advantages including quicker travel speeds, lower operating costs and the ability to run a wide mulching head for improved coverage and wider swaths, increasing quality and productivity. As such, Tigercat also designed a three-metre-wide mulching head to complement the new carrier. The new 4061-30 mulching head is based on the original Tigercat 2.5 metre 4061, with several updates and enhancements. The 2.5 metre 4061 will be rebranded as the 4061-25 when similar updates are introduced in early 2021.

The 760B will be standard equipped with boom float, LogOn (Tigercat’s WiFi based machine monitoring system), ground level fueling and Tigercat’s WideRange transmission. The operator’s station was designed with operator comfort in mind, with a climate controlled seat, Bluetooth audio connectivity and ergonomic controls.