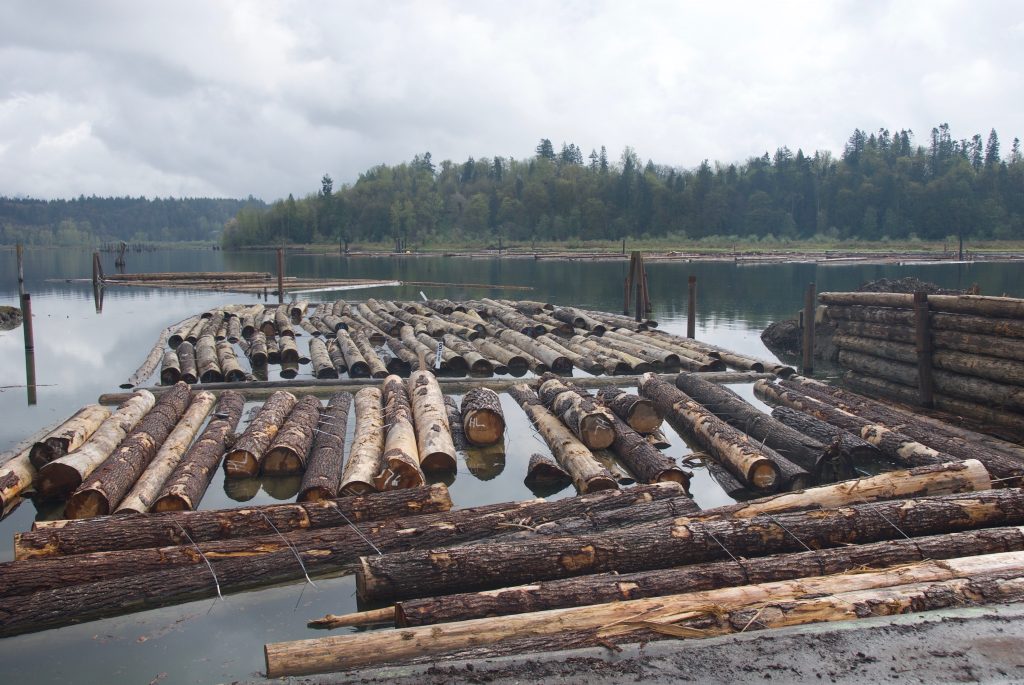 Talks between Western Forest Products (WFP) and the union representing roughly 3,000 striking B.C. coastal forestry workers broke down again this week, ending another round of negotiations without plans for future mediation.

United Steelworkers (USW) Local 1-1937 has been on strike since July 1 this year.

Both sides released statements following the breakdown of talks.

“This weekend, Western tabled a fair proposal with the goal of ending the strike and bringing people back to work. After approximately 14 hours of bargaining occurring over Saturday and Sunday morning, we were informed by independent mediators Vince Ready and Amanda Rogers that talks were over.

We offered a five-year agreement, which included a $2,000 signing bonus and wage increases of two per cent per year for the first four years and 2.5 per cent in the fifth year. After previously dropping pension plan alternatives opposed by the union, we also dropped all remaining proposals that the Union opposed, including modernizing agreements dating back to 1986 which would support future employment. Our offer is aligned with recent forest industry collective bargaining settlements and provides certainty for employees, customers, contractors, and communities.

Our goal is to get people back to work, end the strike and enable us to supply products to our customers. To achieve this goal, we asked the Local Union Bargaining Committee to allow employees to return to work while they ask membership to vote on our proposal. To date, the committee has rejected this proposal as well as our request to go to binding arbitration.

The committee continues to demand a shorter-term agreement, with wage increases which are nearly 40 per cent higher than recent industry agreements and changes that would eliminate current shift flexibility required to operate the business. Western carefully considered all of the committee’s proposals, including demonstrating openness to a four-year term. However, in an industry already challenged to compete in global markets, the committee’s proposals in their entirety are not sustainable; challenging future capital
investment, decreasing operational certainty and restricting our ability to operate efficiently. While Western is doing what it can to end the strike, we must also protect the future of our business so we can continue to employ thousands of people in British Columbia.

Western remains willing to honour our proposal, go to binding arbitration, or explore other opportunities to get our employees back to work and end the strike. We are urging the committee to reconsider its decision and allow employees to vote on this offer so we can return people to work as soon as possible.”

After recommencing mediation on November 12, 16 and 17, WFP decided it would not respond to the union’s last offer at midday yesterday (Sunday, November 17).

It is unfortunate, but not surprising that WFP walked away from the bargaining table again. In today’s letter, they have attempted to undermine our members’ solidarity, rather than negotiate in good faith in mediation, in order to reach an agreement.

The result is that more time has now been wasted in game playing, rather than getting on with the serious issue of collective bargaining.

USW Local 1-1937 has now held a conference call with all of its elected chairpersons, officers and staff to review WFP’s mediation delaying action. After discussing all of the details of mediation, as well as WFP’s weak proposal, including all of the USW Memberships proposals that the WFP proposal refuses to mention or address; The unions leadership group comprised of WFP and contractor chairpersons has passed a unanimous motion directing the bargaining committee to reject WFP’s proposal in its entirety. The leadership group further stated that WFP should stop its delaying tactics and get back to the mediation table.

The proposal made today by WFP is a desperate attempt and has failed to undermine the solidarity of members. Our members remain united in our effort to reach a fair agreement for the coastal forest industry. For WFP’s information, this does not mean copying what the separate and fundamentally different interior forest industry has negotiated. It means reaching an agreement that puts the safety, security and well being of coastal forest workers where it needs to be.

WFP’s proposal today is a bare-bones proposal that does not address numerous member proposals including:

This letter by Don Demens today falsely claims that their proposal removes any item that could be viewed as concessionary. This is false. Their proposal still has over 40 separate concessions as it cancels practices across many operations, most of which would be significant loses to the membership in those operations.

This letter by Don Demens also falsely claims that their LTD proposal will allow for LTD to be extended past age 60. This is false. Nowhere in the proposal is a statement of this assurance. The Union has a proposal to extend LTD coverage past age 60 for members, but WFP has refused to accept it.

WFP’s proposal completely ignores all of our membership’s proposals and key issues which we have been fighting for; Therefore their proposal today is rejected by the USW Local 1-1937 Bargaining Committee.

Our bargaining committee urges WFP negotiators to get back to the bargaining table and move forward with the mediation process. We did see some progress in the last three mediation meetings and that is the only place an agreement will be reached.

The USW Bargaining Committee remains available every day to continue mediation. We urge WFP’s bargaining committee to contact the mediators to schedule more dates. We are available starting tomorrow.