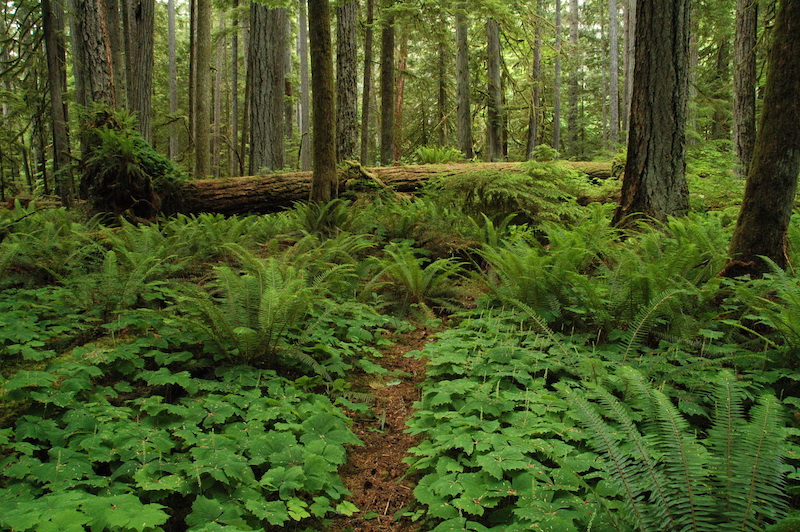 It’s hard to believe that 2021 is coming to a close. For me, living in Ontario, the year has been spent working from home. But, since the pandemic began, hard-working forestry professionals across the country have gone to work every day, producing wood products that were in high demand and providing a much-needed economic boost to local communities. 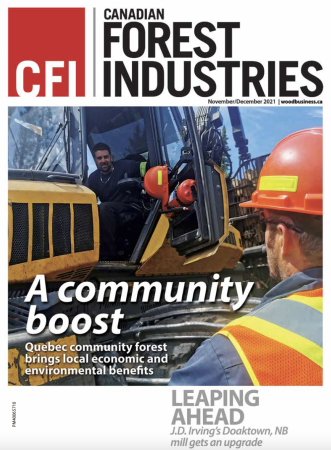 In B.C., for example, the forest industry delivered more than $4 billion in revenues to the provincial government, according to Susan Yurkovich, president and CEO of the BC Council of Forest Industries (COFI).

Despite this, the B.C. government on Nov. 2 announced its intention to defer the harvest of 2.6 million hectares of old-growth forests, a move which Yurkovich said could result in the loss of 18,000 jobs and the closure of 14-20 sawmills, two pulp mills and many value-added manufacturing plants. The provincial government gave First Nations rights and title holders 30 days to respond to this deferral, and BC Timber Sales in the affected areas ceased for the time being.

The decision seems to be a unilateral one made by the provincial government, with little to no consultation with industry or First Nations. According to the BC First Nations Forestry Council, many Nations only became aware of impending deferrals through an email sent recently from the B.C. government.

Of course, old-growth harvesting in B.C. is a complex issue, and one that has drawn a lot of attention in the past year, as many of you know. The old-growth protests in Fairy Creek have been particularly damaging to the forest industry’s reputation, with many environmentalists arguing that there is not much time left to “save” B.C.’s old-growth forests.

Yet, a recent study commissioned by COFI found that productive old-growth in B.C. is 30 per cent, rather than three per cent as a different report, B.C.’s Old Growth Forests: A Last Stand for Biodiversity, claims. And according to Bob Brash, executive director of the Truck Loggers Association, each year only one-third of one per cent of B.C.’s forests are logged, and only 0.1 per cent of that is old-growth. Brash goes into more detail about why the industry has continued to log old-growth here.

Obviously, these deferrals aren’t long-term, but it does create a large amount of uncertainty about the future of the industry in B.C., and will mean fewer investments in the province. For years now, western forestry companies have been investing in the U.S. South as a result of B.C.’s changing government policies and unfriendly business environment. West Fraser announced two acquisitions in the U.S. South in October alone.

Ultimately, the deferral will have far-reaching consequences and is potentially devastating to our forestry communities who depend on the working forest for their livelihoods.

And the impact will also be felt on the environment. The B.C. government claims this deferral will help “prevent irreversible biodiversity loss.” Of course, forests do need to be managed for biodiversity and ecological values, in accordance with Indigenous values and in partnership with Indigenous communities. But, leaving more swaths of forests unmanaged and “natural,” as many environmentalists would like, has the potential to result in more wildfires, as Liam Parfitt, co-owner of Prince George, B.C.-based Freya Logging, explained to me in a recent interview.

Parfitt argues that there needs to be a more substantive switch to commercial thinning and partial harvesting in B.C., something that has been done in many European countries and is proven to work.

This type of logging has many biodiversity benefits, Parfitt explained. Freya Logging commissioned a study from a university recently, which found that partially harvested forest stands in the area saw a 300-600 per cent increase in moose population compared to a clear-cut, plantation or old-growth stand. This is critical given that moose are a keystone species that help improve the overall biodiversity in a forest. Read more about Freya Logging’s experience with commercial thinning here.

As we look ahead to 2022, the current situation in B.C. paints a bleak picture. But, I am hopeful that the industry’s voice will be heard and we will reach a solution that benefits everyone.

Related
Industry in uproar over BC’s deferral of old-growth harvesting
Editorial: Is wood products business over in BC?
WFP seeks clarification on BC old-growth deferral measures
Huu-ay-aht to uphold right to log old-growth in 4% of deferral area