The site was formerly owned by Georgia Pacific. Conifex will create approximately 120 new, full-time jobs as a result of its approximate $80 million commitment to the facility. Arkansas Governor Asa Hutchinson joined the company's leadership and local officials at the announcement today in El Dorado.

"This project provides Conifex with access to lumber and timber markets in the U.S. South. Our commitment of $80 million to this facility will ensure the long term sustainability of this site and contribute to our overall company growth," said Conifex CEO Ken Shields. "We are pleased by the warm welcome and professionalism of the government and private sector partners we have worked with here in El Dorado and throughout the state."

Conifex is primarily engaged in the manufacture of structural grade Spruce Pine Fir dimension lumber. The company plans to create a state-of-the-art mill in El Dorado producing 180 million board feet initially.  Sawtimber purchases are expected to amount to 700,000 tons per year, or $30 million, from suppliers within an approximate 60-mile radius.

"Timber plays a vital role in our state's economic vitality," said Governor Asa Hutchinson. "The industry directly employs more than 37,200 workers in Arkansas, and I'm thrilled to welcome Conifex to the state. This will have a significant economic impact on many families throughout South Arkansas."

Headquartered in Vancouver, Canada, Conifex Timber Inc. was established in 2008 when it acquired its first idled sawmill in British Columbia. A second mill followed two years later as well as a biomass power plant that has been in operation since 2015.  The company has invested about $80 million in two Canadian sawmill complexes and related businesses as well as $100 million in its green power generation business, creating over 500 jobs.  This will be Conifex's first facility in Arkansas and the Southern U.S.

"The positive impacts of the plant are many fold," said El Dorado Mayor Frank Hash. "From timber owners, timber harvesters, timber processors, plant maintainers/suppliers and product transporters, the economic gains to all will be significant! The City of El Dorado welcomes Conifex."

"I have been driving by that property twice a day for the past 10 years, and I'm glad to see the property back in use," said Union County Judge Mike Loftin. "The jobs that will be created for citizens of Union County will be a great boost to our local economy and many will see great benefit." 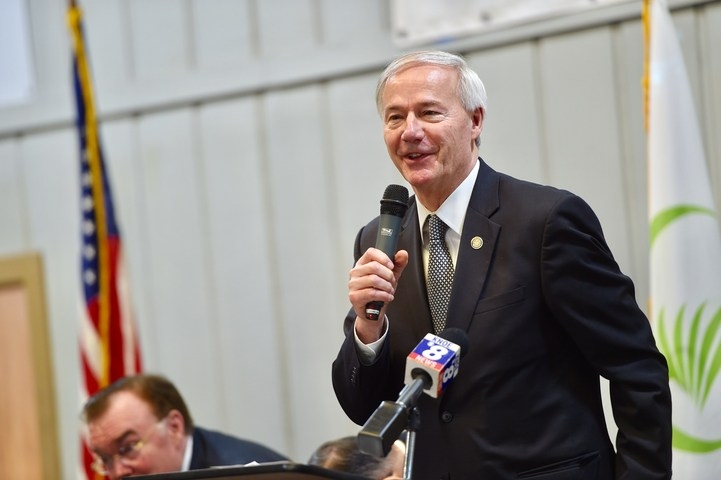 Related
‘We had to rebuild the trust’: How the BC Saw Filers Association got back on track
Log exports: The story behind the story
Exploring EACOM’s Elk Lake sawmill
Going all-electric: USNR’s Thomas Congdon and Gorman Bros.’ Glen Sorenson on the ElectraTong lug loader