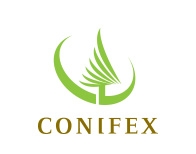 Commencement of Commercial Operations at El Dorado Mill
Commercial operations at our recently commissioned mill in El Dorado, Arkansas (the “El Dorado Mill”) have been recorded in our operating results from April 2018. The El Dorado Mill produced Southern Yellow Pine (“SYP”) lumber at an annual run rate of 100 million board feet in the second quarter of 2018, equivalent to approximately 56 per cent of two-shift capacity of 180 million board feet. As a result, the El Dorado Mill began making modest contributions to operating income and EBITDA in the second quarter of 2018.

Overview
Our revenues totaled $200.3 million in the second quarter of 2018, an improvement of 53 per cent over the prior quarter and 72 per cent over the same quarter last year. Our revenue growth over the comparative quarters was mainly attributable to an increase in our lumber segment revenues. The commencement of commercial operations in April 2018 at our El Dorado Mill contributed approximately eight per cent of total revenues.

Revenues from Conifex produced lumber were $106.0 million in the second quarter of 2018 and represented an increase of 51 per cent over the previous quarter. The addition of sales from our El Dorado Mill contributed to approximately 21 per cent of the increase with the balance mainly attributable to a 19 per cent increase in shipment volumes and 10 per cent improvement in unit sales realizations from our B.C. mills. Lumber shipments, which were somewhat hampered by logistical constraints in the prior quarter, returned to more typical levels. The higher sales realizations generally reflected stronger lumber prices coupled with a modestly weaker Canadian currency. The growth in revenue of 50 per cent over the second quarter of 2017 was largely due to improvements in sales realizations of 23 per cent and shipment volumes of four per cent from our B.C. mills and the addition of revenues from the El Dorado Mill.

Bioenergy Segment
Bioenergy segment EBITDA was $6.0 million for the first six months of 2018, an improvement of 30 per cent over the same period last year.

Our Mackenzie power generation plant (the “Mackenzie Power Plant”) sold 51.5 gigawatt hours of electricity under our Electricity Purchase Agreement with BC Hydro (“EPA”) in the second quarter of 2018, which represented approximately 94 per cent of targeted operating rates. Current quarter electricity revenues were 32 per cent lower than the first quarter of 2018 due to lower seasonal rates coupled with slightly reduced rates during the dispatch period. Electricity revenues were nine per cent higher than the same quarter last year due primarily to a relatively shorter dispatch period during the current quarter.

Cash operating costs were generally consistent with the second quarter of 2017 and improved by 31 per cent from the first quarter of 2018.

Dispatch Notice
Our EPA with BC Hydro, similar to electricity purchase agreements with other independent power producers, provides BC Hydro with the option to “turn down” electricity purchased from us during periods of low demand by issuing a “dispatch order.” In January 2018, BC Hydro issued a dispatch order with respect to, among others, the Mackenzie Power Plant advising of a dispatch period of 112 days, encompassing the mid-May to early September 2018 period.  Last year, the Mackenzie Power Plant, among others, was dispatched for 122 days encompassing the months of April, June, July and August. During the dispatch period, we only produce electricity to fulfill volume commitments under our Load Displacement Agreement with BC Hydro. We continue to be paid revenues under the EPA based upon a reduced rate and on volumes that are generally reflective of contracted amounts.

Operations and Lumber Market Outlook
We expect the U.S. market to continue its gradual recovery in both the housing and repair and remodelling sectors. We expect benchmark prices for WSPF and SYP to remain at reasonably elevated levels to reflect solid softwood lumber demand and the continued imposition of trade sanctions on Canadian softwood lumber exports to the U.S. The extent to which the anticipated increase in U.S. softwood lumber demand translates into higher selling prices will also be influenced by supply side responses from Canadian and other suppliers into the U.S. market. We expect the uncertainty created by the softwood lumber trade dispute and possible supply chain disruptions from potential equipment and labor shortages will contribute to price volatility in the North American market.

We expect our sales volume to China and Japan will remain steady and intend to continue to develop sales into other export markets. We expect to sustain the year-over-year gains in sales realizations achieved in 2017 in our key export markets.

At our B.C. mills, we expect to sustain the more typical operating rates and normalized shipment patterns restored during the second quarter of 2018. We expect continued log cost inflation in our operating areas in the interior region of B.C. due to forecast heightened lumber prices which will contribute to higher market based stumpage and purchased log costs. We expect unit cash conversion costs to remain relatively consistent.

Acquisition of Sawmills in the US South and Completion of Related Financings
On July 9, 2018, we completed the previously announced acquisition of a sawmill in Cross City, Fla., (the “Cross City Mill”) and a sawmill in Glenwood, Ark., (the “Glenwood Mill”). The total purchase price under the Securities Purchase Agreement with the vendors was (i) cash consideration of US$153.1 million plus US$19.8 million, representing the estimated net working capital of the acquired mills at closing, (ii) $60.3 million through the issuance of 9,273,291 common shares of the Company (the “Shares”) to the vendors at a price of $6.50 per Share, and (iii) 3.5 million warrants to purchase Shares for a period of five years (subject to extension in certain circumstances for a one-year period) at an exercise price of $8.78 per Share.

The cash portion of the purchase price was paid by Conifex using the net proceeds from our recently completed $64.8 million offering of subscription receipts (the “Subscription Receipts”) and borrowings under the Company’s new syndicated US$225.0 million senior secured credit facility (the “New Credit Facility”) led by a leading US commercial bank, along with a syndicate of other lenders. A total of 10,806,332 Shares were issued to the holders of the Subscription Receipts.

The New Credit Facility is secured by substantially all of the company’s and its subsidiaries’ lumber segment assets.

Including the results from the Cross City Mill and the Glenwood Mill as if the acquisition had occurred on January 1, 2018, the estimated pro-forma consolidated results for the six months ended June 30, 2018 were combined revenues of $430.6 million and net income of $23.0 million or $0.49 per share.**

Appointment to Management Team
Brett Bray was appointed to the new position of vice-president, U.S. operations and will be responsible for leading the operations at our three U.S. South mills. Bray previously was the general manager of the Glenwood Mill and played a key role in the successful completion of a major capital project and commencement of commercial operations at the site. Bray also has previous leadership experience with other sawmills in the U.S. South and in the pulp sector.


Related
Conference Season
Brighter Times Ahead
Is China Our Silver Bullet?
Experienced trade fair team has future in its sights