Industry News Markets
Countdown to October: The expiration of the SLA

August 10, 2015 - With the Softwood Lumber Agreement (SLA) set to expire this coming October, many companies and individuals within the sector have been waiting with bated breath for a new deal to be chiselled out between Canada and the U.S. And unlike the last time the SLA was set to expire in 2013 – but was renewed for two years until 2015 – the option for an extension is no longer available. 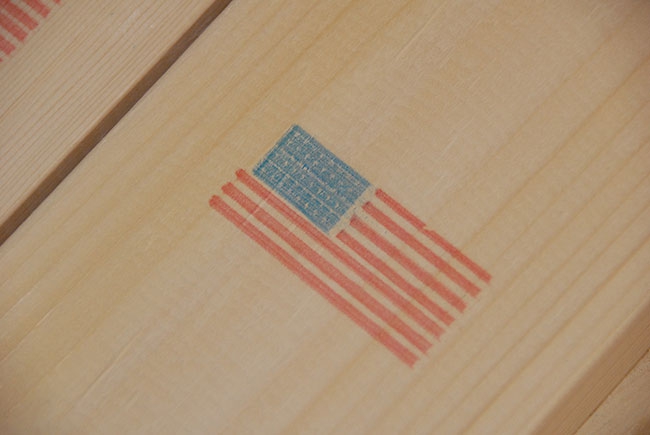 “The way the agreement is structured is that the SLA was a seven-year deal with an option for a two-year renewal, and there was only one of those options built into the agreement,” explains James Gorman, former president and CEO of the B.C.-based Council of Forest Industries, and current vice-president of corporate and government relations at West Fraser Timber. “There is no provision inside the SLA that the two parties can agree to invoke to extend it for another two years. So, the parties would need to agree to amend the agreement; or, the parties would need to agree to a new agreement – were the new agreement to expire.”

Canadian position
The preferred Canadian position is that there should be free trade in softwood lumber between our two countries, but historically that has not been palatable to the United States, explains Gorman.

“And so our compromise, in our view, is that the agreement negotiated in 2006 should form the basis of a new agreement for 2015,” he says.

Despite the fact that almost every jurisdiction can find flaws within the current SLA, Canada’s forestry sector has come together in favour of the current agreement.

“We support the renewal of the current agreement – the Canadian government’s position – to bring certainty in our trade relationship with the U.S.,” says Susan Murray, vice-president of public relations for the Forest Products Association of Canada (FPAC).

The federal and provincial governments also stand unified in regards to supporting the current agreement.

“The Government of Canada has extensively consulted provinces, territories and industry on future softwood lumber trade with the United States,” says Diana Khaddaj, spokesperson for media relations for Foreign Affairs and International Trade Canada. “We have made it clear to the U.S. government that we support a renewal of the agreement on the same key terms. Our understanding is that the United States continues to be in the process of consulting its stakeholders.”

Between a rock and hard place?
Although Quebec’s industry has publically come out in support of a renewal of the SLA, as is, that’s not say everyone in the forestry sector is thrilled about their current position.

In 2013, Quebec revised its stumpage system and moved to an auction-based system to make it more like the market-based system in the U.S. The move was part of a plan to try and become exempt from the SLA, like the provinces in Atlantic Canada, but that has not happened. Since the changes were implemented, the forestry sector in the province has suffered and now has the worst of two worlds, according to the Quebec Forest Industry Council (QFIC).

“We’re paying at least $10 more per cubic metre, but at the same time we have quotas and we have taxes. We’re caught on both sides and the industry [in Quebec] is just about to give up,” says Michel Vincent, director of economy and markets for the QFIC. “We are dying at the moment. Nobody is making any money in Quebec, and we realize that it’s not the same elsewhere in Canada. The stumpage rate is way too high. We have the smallest wood in North America, but if we compare the stumpage rate for the four provinces subject to the SLA, we have the highest.”

Vincent says that the provincial government sold the industry on the auction-based system as a way to keep the industry out of lumber litigations with the U.S.

“We believe we comply with all the requirements of having a market-based system. And, as such, we should at least have a committee up and running to look at, and review, the merits to exclude Quebec from the next negotiations,” he adds.

Evidence of the economic fallout resulting from increased operating costs can be seen across Quebec, according to the QFIC.

“This last spring, Tembec closed three Quebec sawmills but has kept operating its four mills in Ontario. This says a lot to us,” says Vincent.

The QFIC will accept a renewal of the SLA as is, as long as a committee is reviewing their application for exclusion from the agreement, but nothing less.

“We would prefer free trade, but we would accept a renewal of the SLA, as is,” says Vincent. “But we are not prepared to accept less than that.”

U.S. position?
Although the official U.S. position on the SLA is currently unclear, at least one association south of the border has expressed its displeasure with the current agreement.

During the 2015 Wood Markets’ Global Softwood Log & Lumber Conference held this past May in Vancouver by International Wood Markets Group, Inc., a consulting firm that specializes in targeted research, analysis and strategic planning in the international wood products community, the U.S. Lumber Coalition spoke about the U.S. position in regards to the current SLA.

“The U.S. position is that they’re not going to renew the existing agreement, and one of their arguments is that the Canadian provincial stumpage rates have not been responsive to lumber price changes,” says Russ Taylor, president of International Wood Markets Group. “What was missed here is that stumpage prices in Canada go flat at low lumber prices because mills are losing money and they stay at the minimum stumpage rates. That was missed, I think, in the argument.”

The second argument brought forth during the conference is that Canada’s market position in the U.S. lumber market needs to be constrained.

“We know Canada’s lumber harvest is declining and right now lumber production is flat,” says Taylor. “That should not be a concern going forward, but that’s one of the arguments brought forward.”

Despite the fact that significant volumes of U.S. mills in the south now belong to B.C. sawmill companies like Canfor, Interfor and West Fraser, Taylor expects them to have little impact on U.S. politics regarding the SLA.

“The SLA members are mainly timberland owners, not sawmill owners,” he explains. “Plus, companies with headquarters outside of the U.S. are not eligible to be part of the U.S. Softwood Coalition. So, there will be little impact.”

If it ain’t broke…
The main reason that Canada’s industry stands unified, in favour of the current SLA, is because for the most part, it has been effective.

“Softwood lumber producers and consumers on both sides of the border have benefited from the predictability and stability the agreement provides,” says Khaddaj. “It has also created opportunities for companies to work together to foster innovation and grow the market for softwood lumber products in North America and offshore.”

The SLA has also contributed to the creation of the Binational Softwood Lumber Council and the Softwood Lumber Board, which is a platform for the industry on both sides of the border to work together and provides a mechanism for settling disputes. The agreement also created duties that have played a significant role in the marketplace, which has been to the advantage of our neighbours south of the border.

“The duties imposed have helped protect the U.S. industry in down markets, and that was the primary objective of the U.S. industry,” explains Gorman. “In 2006, Canada’s share of the market was 34 per cent, and today it’s just over 28 per cent. During that same period, the U.S. lumber industry’s share of its own market has gone from 61 per cent to 71 per cent.”

Dollar dilemma?
When the SLA was originally created, a weak Canadian dollar played a significant factor in the negotiations. To what extent will a 75- or 80-cent dollar impact discussions? It’s difficult to know for sure.

“In principle, currency exchange is not directly connected to the SLA. In reality, market prices are impacted by currency changes, and the R/L composite price that sets duties is tied to market prices,” says Taylor. “So, tough to say how it will directly impact any discussions, but it does indirectly impact all economics.”

Offshore opportunities
One of the most important roles that the SLA has played in Canada is that it has pushed the country’s forestry industry to pursue offshore markets much more aggressively, particularly in Asia.

“In 2005, British Columbia sent less than 120 million board feet to China. By 2013, we were sending 3.35 billion board feet to China,” says Gorman. “So the Asian market has become a major outlet for Canadian lumber production. It is a place where we are very committed and are working hard to further develop those markets, so that is, and always will remain, a strong, viable market for Canadian lumber products.”

Wood innovations
The SLA has also contributed to pushing for more innovative applications for wood products. The mandate of the joint Softwood Lumber Board and Binational Softwood Lumber Council is to increase softwood lumber consumption in non-residential construction in the U.S., which has led to funding for research and design testing that demonstrates the advantages of wood in applications other than residential construction, such as high-rise construction and promoting wood products in other interior and exterior applications.

“That’s helping grow the demand for wood products,” says Gorman. “One of our views in Canada is that our efforts with the United States are best spent in trying to grow that pie, rather than reverting back to a discussion on how to divide it.”

The bright side
Although things are beginning to look grim for both countries to come to an agreement prior to the current expiration date of the SLA, chaos will not envelop the lumber markets in North America for at least another 12 months.

“Should the agreement expire, the U.S. government has committed to not initiate trade remedy action for one year upon the agreement’s expiry,” says Khaddaj.

Many analysts and industry members have reported that there are some good years ahead in the U.S. housing market, despite the fact that recovery has been slower than expected.

Since U.S. housing starts have been in a six- or seven-year slowdown, Gorman concludes that there is significant pent-up demand in the market.

“Over the coming years, we’re going to see housing recover and we should see a few years of strong housing starts, and that’s certainly going to help the demand for lumber products both north and south of the border,” he says.

“Canada looks forward to continuing to work with our partners in the U.S. to reduce trade barriers between our two countries, creating jobs and opportunities for Canadians and Americans alike,” adds Khaddaj.

Sounds good to us.