Features Features Women in Forestry
#EachforEqual: everyone has a role in supporting women in forestry 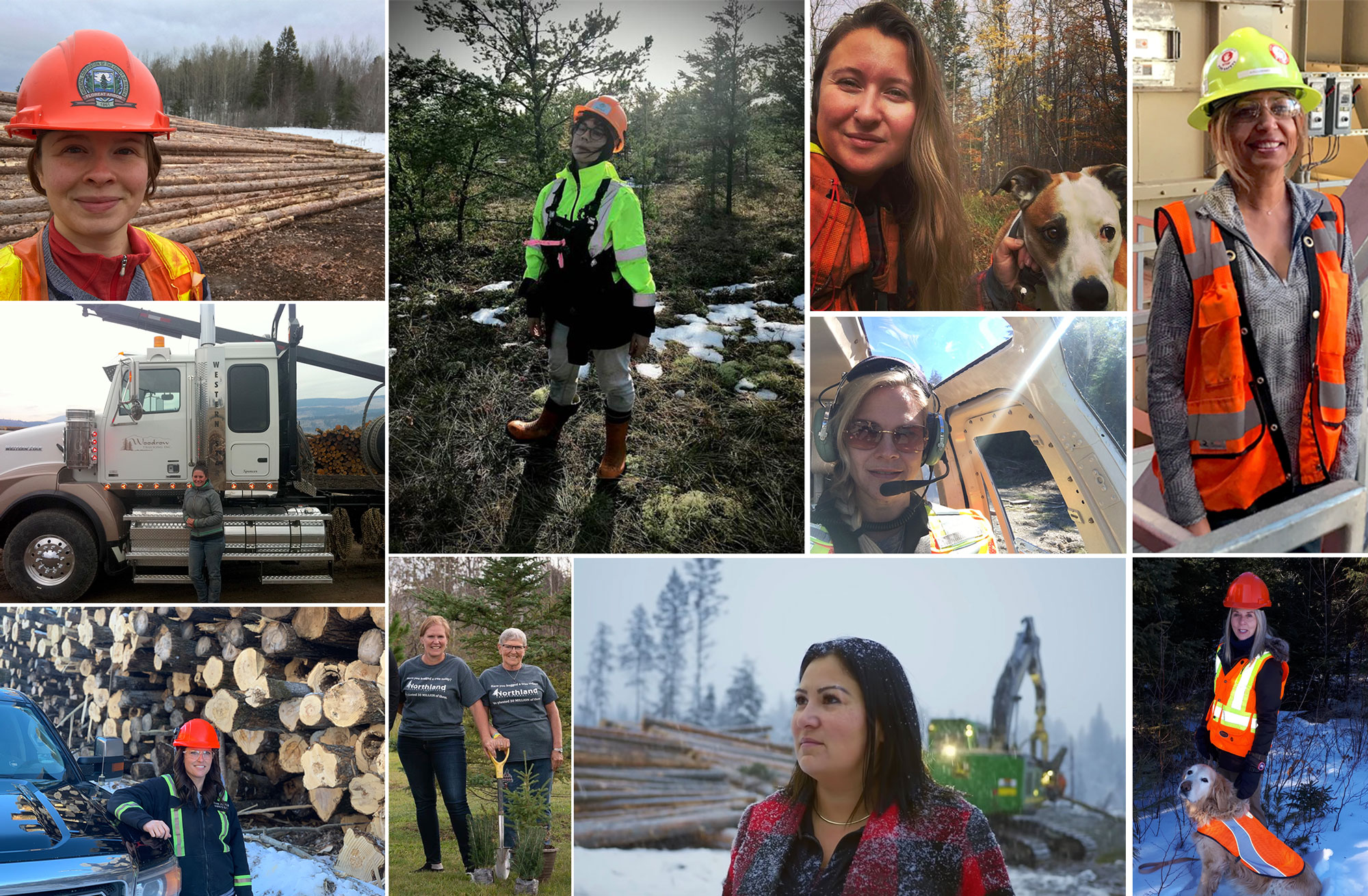 When I first joined CFI in 2018, I knew the forest industry was traditionally male-dominated. However, I was still shocked when I read that, in 2016, women only made up 17 per cent of the forestry workforce.

But in the year-and-a-half that I have been involved in forestry, a lot of progress has already been made.

In November 2018, the federal government pledged nearly half a million dollars to support a three-year action plan called the Gender Equality in Forestry National Plan. Then in early 2019, the Forest Products Association of Canada launched their #TakeYourPlace campaign, dedicated to highlighting women working and making a difference in Canada’s forest sector. Around the same time, the Alberta Forest Products association launched its #WomenInForestry social media campaign, profiling five women working in Alberta’s forests.

And in March last year, CFI editor Maria Church and I decided to profile 10 women in the industry to celebrate International Women’s Day. Initially, we thought that the project might resonate with women in the industry and start a conversation. But we never expected that it would become as large as it did, and to get such great feedback from the industry about it!

That’s why this year, we’re supporting women in the industry in an even bigger way – by launching a microsite dedicated to Women in Forestry, www.womeninforestry.ca. Throughout March, we (along with our sister magazines Pulp & Paper Canada and Canadian Biomass) will be sharing content highlighting different women in the industry, industry initiatives to tackle gender disparity, a podcast on women in forestry, and more. We interviewed 10 women in various roles and seniorities from forest product companies across Canada to share their stories, career advice, and management tips.

While speaking to the different women we profiled this year, one thing became clear to me: every person has a role to play when it comes to supporting women in the industry. One of my favourite quotes is “Empowered women empower women.” But in forestry, it’s not just women who help empower other women. Men have a role to play, too.

When I sat down to speak with Tanya Wick, Tolko’s vice-president of people and services, for the second episode of The CFI Podcast, she emphasized that everyone should take steps to support diversity and inclusion initiatives in the industry.

“We all know that businesses with a diverse workforce are more successful and everyone benefits from programs that are inclusive,” she said. “I believe where men can really make a difference is to be active allies, advocates and sponsors for gender equality. This is important in all areas of life, but especially important in the male-dominated industry that is ours.”

And many of the women I spoke with as part of our Women in Forestry series spoke fondly of past mentors – often men – who encouraged them and gave them the confidence to move up in their organizations.

“I think the most important thing is to set yourself up with good mentors, and, to me, that’s been the most important part of my career – having those people who taught me, encouraged me and advocated for me,” Lacey Rose, forester for the County of Renfrew in Ontario and co-founder of Women in Wood, told me.

Appropriately, the theme for this year’s International Women’s Day is #EachforEqual.

#EachforEqual focuses on creating an equal world and the role each person can play in creating that world. It’s obvious that, in forestry, progress will be made not just through industry-wide initiatives and projects, but also in the work each person does, whether it be uplifting a woman in the industry or checking unconscious bias at the door.