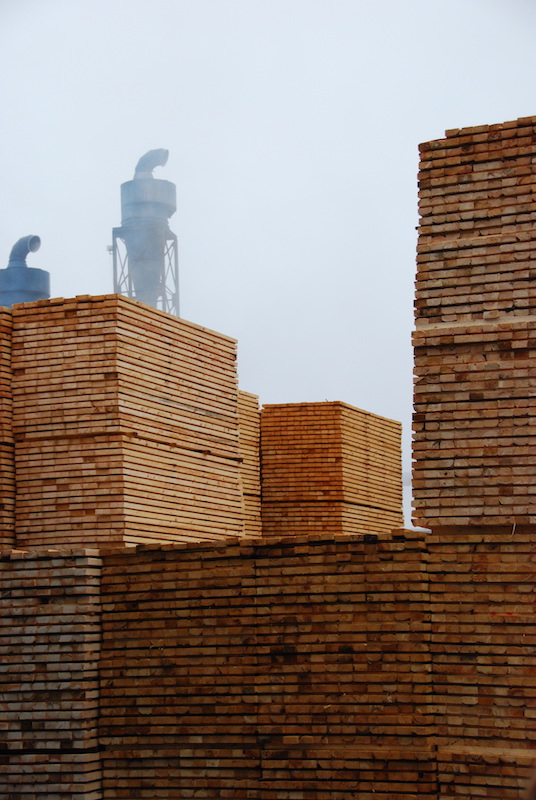 As Canadians enter the second week of self-isolation in an attempt to “flatten the curve,” and limit the spread of COVID-19, the economic impact of what is essentially a global shutdown is already being felt.

In the forest sector, three major B.C. lumber producers have already announced curtailments due to volatile markets, which are the result of uncertainty and lower demand caused by the coronavirus. But looking at the long-term, how will this pandemic impact the forest products sector?

Forest Economic Advisors (FEA) hosted a webinar on March 24 analyzing the effects of the COVID-19 outbreak on the U.S. economy, housing and wood product markets in an effort to address this question.

There are a number of factors that need to be considered in forecasting the impact of the pandemic on these markets. 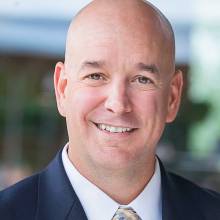 With regards to housing, these underlying factors include the housing starts over the past six months, U.S. housing stocks, demographic demand, unemployment, government policies and epidemiologic statistics on the virus, Brendan Lowney, FEA’s housing macro-economist, explained.

Before the coronavirus became widespread in the U.S., the “long-awaited” housing boom had finally arrived, Lowney said. In the last six months ending in February, housing starts averaged 1.6 million in the U.S. At the same time, U.S. housing stock has aged considerably, with more than half of U.S. homes built before the 1980s, and a lot of millennials are coming into their peak home buying years. As a result, there will be robust underlying demographic demand over the next several years.

The current situation, however, has led to an economic recession and massive unemployment.

“We’ve gone from a strong economy in February and a strong housing market to a deep recession almost overnight,” Lowney said.

Realistically, FEA forecasts that in just four sectors (food services, accommodation, recreation and retail) there will be approximately 20.7 million job losses in the U.S. in the near term. This is a jump from 3.5 per cent unemployment in February to 16 per cent in May, excluding multiplier effects.

A recession is a “decline in economic activity that is characterized by the three Ds: depth, dispersion and duration,” he explained.

The key factor in this situation is duration – if this recession is short, then housing starts (and the U.S. economy in general) can bounce back. Government policies and fiscal stimulus packages are critical to keeping this recession short.

A strong fiscal response will help reduce the “fear gauge,” which is a measure of how volatile investors expect stocks to be over the near term, Lowney explained.

The U.S. Congress is set to approve a fiscal package of approximately $2 trillion dollars.

Assuming that COVID-19 disperses in the summer, does not return as strongly in the winter, and that, by then, North American countries have an appropriate number of tests and tracking in place, FEA forecasts that the U.S. housing market – and the economy more broadly – will bounce back starting in Q3 2020.

FEA expects that the worst economic damage will be in April, with a more modest decline in May and another decline in June. This translates to a 12.6 per cent decline in GDP output in Q2, a one per cent increase in Q3, and solid recovery in Q4 2020 and Q1 2021, Lowney said. The U.S. should consequently have roughly the same GDP output as it had in February 2020 by the end of 2021.

Ultimately, this means “the U.S. housing boom is delayed, not denied,” Lowney said.

FEA forecasts that U.S. housing starts will go down to 800,000 over the next three months – 50 per cent below where it was in the past six months – assuming that builders are still allowed to build and can get staff on site. The pandemic’s effect on demand won’t be seen immediately, as plans to build new homes are already made, but it will be seen over the summer when planning for homes would not have been made due to extreme uncertainty.

Different countries will have different challenges, Lowney noted. In Canada, where the private sector debt is high, a lot of Canadians will be challenged by high household debt compared to GDP, unlike in the U.S., he said. However, Canada has much healthier federal government finances than the U.S.

As such, the forecast for Canada roughly matches that of the U.S., with a similar growth and housing starts profile, although FEA predicts only a nine per cent decline in GDP output instead of 12 per cent. However, the majority of housing starts in Canada are multifamily, not single family, which means delays in urban areas could be longer, he said. 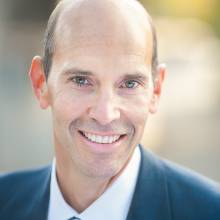 FEA expects the lumber market will experience a similar decline in the coming months, with a corresponding bounce back towards the end of the year.

Before COVID-19 spread across the globe, FEA predicted U.S. lumber consumption would increase by six per cent in 2020. Now, however, they forecast a three per cent decline as “consumption will be hammered over the next couple of months,” Paul Jannke, principal of FEA, said.

More specifically, from March until May, the U.S. will see a 400 mbf decline in consumption, he said.

In contrast, FEA expects a spike in supply in 2020. Although lumber suppliers are reducing inventory, it will not be fast enough to offset the drop in consumption, Jannke explained.

This means that lumber prices will drop.

This is “about as big of a drop as we’ve seen historically,” Jannke said. The price decline in SPF is predicted to be only around $40, since much of the decline had already happened over the past year.

This is also because if lumber prices drop below $300, sawmills will close. “As those mills close, we’ll start to see support for pricing,” Jannke explained. 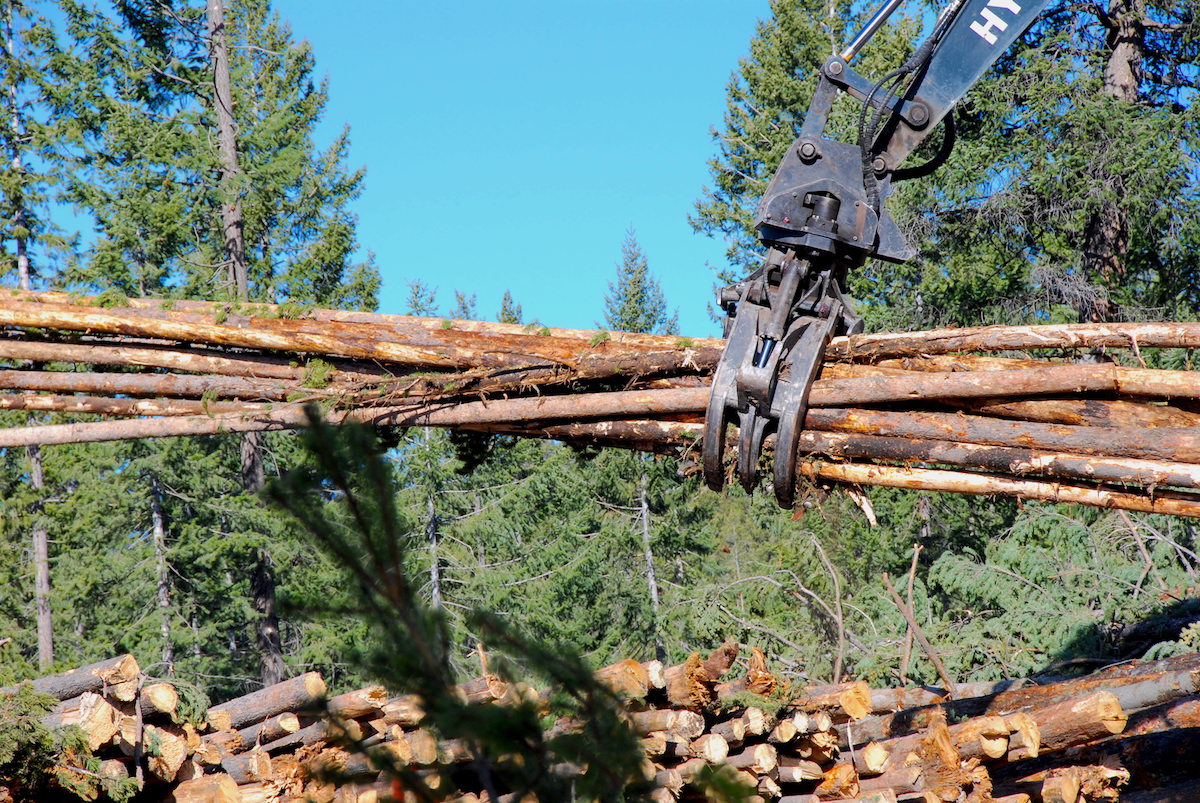 Lumber trade is also expected to drop over the coming months, as a sharp decline has already occurred when the coronavirus was concentrated in China. However, China’s sawmills are now at 50-70 per cent capacity again, and lumber exports will begin to move back into China, FEA predicts.

But in terms of lumber imports, it’s unclear how much wood will be coming in from Europe, Jannke said. With prices down in the low $300s, FEA predicts European producers will not be exporting as much to North America. There is also the potential for disruption due to a lack of large containers, which are currently tied up in China. 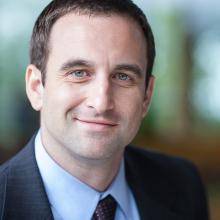 In early 2020, U.S. timber markets were fairly stable, with improving demand from most mill sectors. Expectations before the pandemic were positive, with strong product pricing and favourable indicators for end use markets, Goodnow explained. Additionally, the outlook for export markets was improving as negotiations between the U.S. and China led to some agreement, with some tariffs on logging lumber imports being waived.

On the West Coast in particular, domestic log prices were improving in Q1 2020, with Douglas fir prices up four per cent relative to one year ago.

Although consumption is expected to drop sharply in the coming months, most states in the U.S. and provinces in Canada have deemed the forest products industry essential. This means access to timber will likely remain open and sawmills will continue to operate.

However, production curtailments at sawmills will likely undercut timber demand, resulting in a decline in prices in mid-2020. As with the other markets, the duration of the downturn is the key issue. FEA does not expect permanent capacity closures or significant attrition of logging and hauling capacity, Goodnow said. 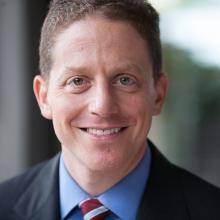 FEA’s vice-president of wood panels Greg Lewis shared a similar prediction for panel markets, noting that the monthly North American OSB demand will plummet in Q2 before rebounding in Q3 and Q4, following by a jump up in 2021.

Overall, FEA predicts that demand for OSB in 2020 will drop six per cent, but then increase 15 to 18 per cent in 2021. This is because OSB is tied largely to the housing market, which is expected to do very well in 2021.

A sharp drop off in consumption in Q2, will result in lower prices before turning around in Q3, Lewis explained.

The outlook for each of these markets relies heavily on a strong stimulus package and government policies that help limit the spread of COVID-19 and reduce the economic impact on the public, Lowney explained in his ending remarks.

“If the economy gets worse, if it’s not a fairly rapid response [from the government], then the situations are quite dire,” he said. It would then be an economic depression, rather than a short recession.

“The key is to get back to tight markets and a healthy economy as quickly as possible, and that’s why we expect such an overwhelming fiscal response,” he concluded.