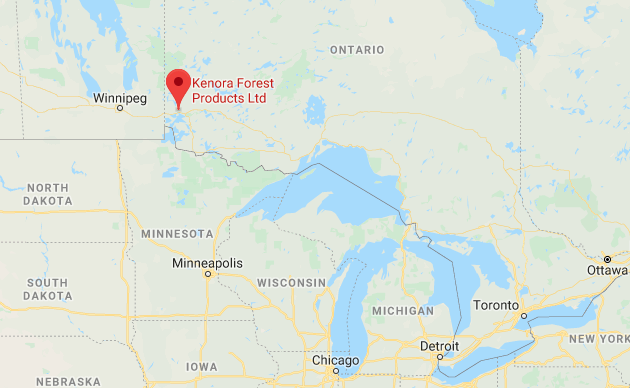 More than 120 laid-off workers at Kenora Forest Products (KFP) in northern Ontario are getting help in the form of training and counselling from the province, the City of Kenora and Unifor.

The Ontario government is investing more than $330,000 to help retrain the 122 workers who were laid-off from Kenora Forest Products (KFP) after parent company Prendiville Industries filed for bankruptcy in December 2019.

The KFP Action Centre, which opened Sept. 3, was set up by staff from the Ministry of Labour, Training and Skills Development, Unifor Local 324 and the city. It will be run by a Labour Adjustment Committee on behalf of the City of Kenora.

It will connect affected workers — both union and non-union — with local job and training opportunities as well as counselling services to help workers adjust, retrain and rejoin the workforce, according to the province.

Proud that Ontario is investing $330,280 to help laid-off forestry workers in Kenora. A new physical action centre has been officially opened in @CityofKenora
to support up to 122 workers impacted by the closure of Kenora Forest Products (KFP) near Matheson and First.  pic.twitter.com/6n9oAVuecA

Some virtual services had been available to the workers since June, and the funding agreement for the action centre runs until May 30, 2021.