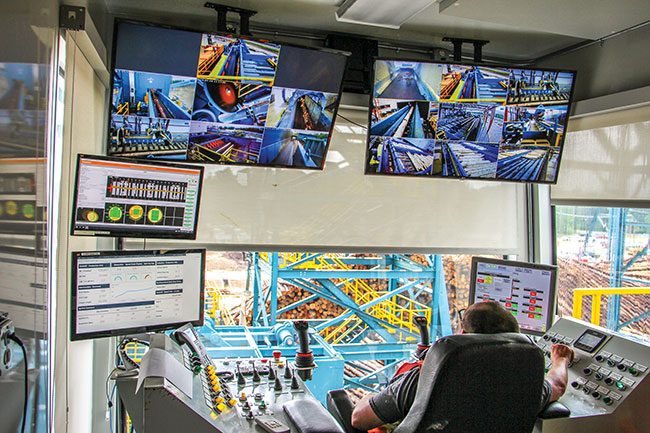 Hunt Forest Products president Richie LeBlanc says the company was keen to grow the business and look at new opportunities to increase the company’s portfolio. A partnership with Tolko Industries was the perfect fit.

The town of Urania is not unfamiliar to Hunt Forest Products – they have a small hardwood sawmill less than five miles from LaSalle Lumber Co. And Hunt’s headquarters in Ruston, La., is just a little over 70 miles from the site. President Richie LeBlanc says that after he was brought into the fold, the new generation of leadership at Hunt was keen to grow the business and look at new opportunities to increase the company’s portfolio.

Started in 1977 by Alex Hunt, Jr. and Henry “Hank” Clark, known at the time as H&C Veneers, Hunt Forest Products was passed down to A.T. “Trott” Hunt III and James “Jimmy” Hunt in 2015. At that time, the brothers brought on a new leadership team, which included LeBlanc. Over the next year, the team began looking for opportunities to grow the company, including a pine plywood facility in Pollock, La., and the hardwood sawmill in Olla, La.

Around the same time, Tolko Industries leadership was putting out feelers for a southern partnership. LeBlanc says that when the opportunity surfaced he and the others agreed it was worth looking into and meeting the Thorlaksons, the family who owns Tolko. “It just worked,” he says. “We have very similar cultures – the way we think about partners and our employees, having a family atmosphere and being family-owned.” 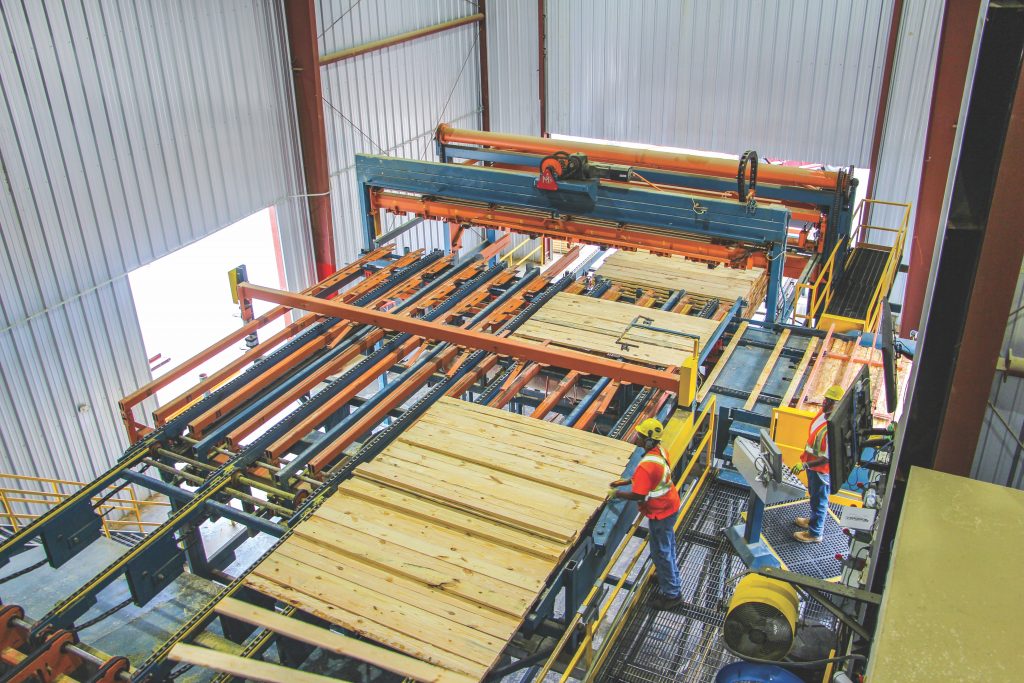 Before the two companies could agree to the partnership, several things had to fall into place, LeBlanc says. But regardless of the outcome of those negotiations, Hunt Forest Products was going to build a pine sawmill in Urania, thanks to the ample raw material supply in the area and a take-or-pay partnership with Drax Biomass, which operates an industrial wood pellet plant a stone’s throw from LaSalle’s scale house.

“We know this area, the geography, very well. We knew the site we wanted and we knew the Biewer facility would fit here because we’d had it overlaid,” LeBlanc says, referring to the new Biewer Lumber SYP mill that started up in 2017 in Newton, Miss.

LeBlanc cites the technology and processes at the Biewer sawmill in Newton, and the new Two Rivers Lumber mill in Demopolis, Ala., as deciding factors for signing a purchase order with BID Group for the mill. “With Trott being a mechanical engineer, he was enamoured with the technology and the machinery was incredible. So we’d already decided to move forward, but having a partner with years of sawmilling experience made sense for the Hunts,” LeBlanc explains. The initial investment in the greenfield project was $115 million. 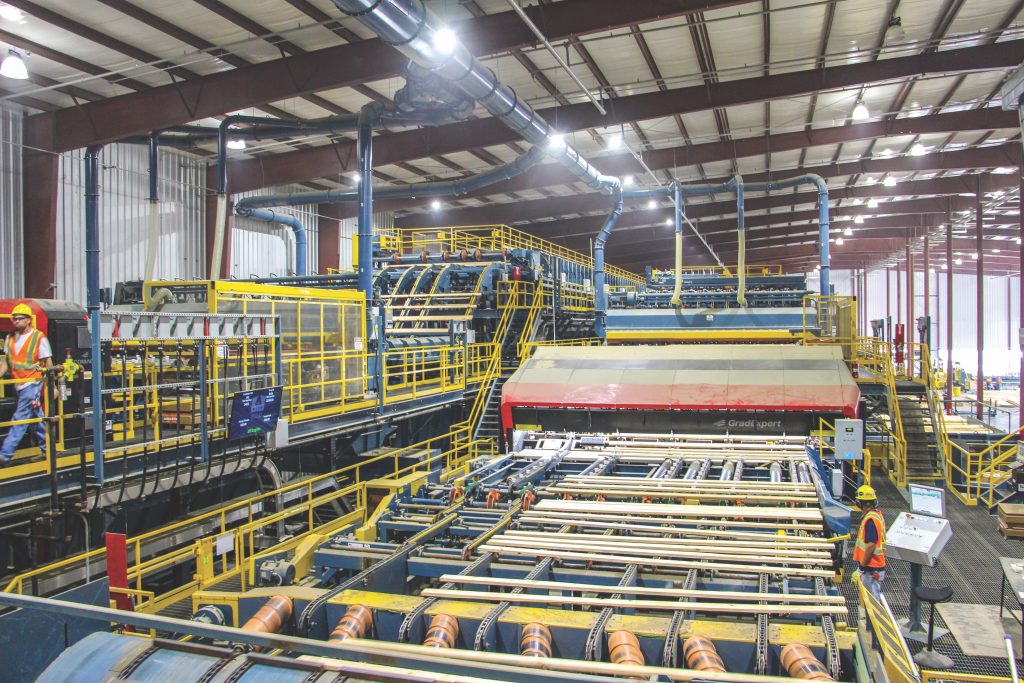 The mill was able to start up so quickly because LaSalle purchased the exact sawmill installed in Newton by Biewer Lumber from BID Group, which has all the of the engineering completed.

Though Hunt had already signed the purchase order with BID Group, after Tolko completed its own due diligence and independent viability studies, the LaSalle partnership was formed and Tolko was introduced to the mix. Bringing on Tolko has been a benefit to the team, in terms of the knowledge Tolko brings to the table and the expertise with respect to sawmilling, LeBlanc says.

Hunt is the operational arm of LaSalle Lumber Co. and is responsible for procurement and daily mill operation. Tolko is responsible for sales and marketing. As the plant has ramped up production, Tolko has established a core group of their people who are in Louisiana for a few weeks at a time to help assist the on-site team in various areas. Derek Ratchford, Tolko’s vice-president of U.S. operations in charge of the Tolko Southern growth strategy, is the current interim plant manager.

Construction was underway in Urania in May 2018. A year later, the mill was running and today continues to hit production milestones. 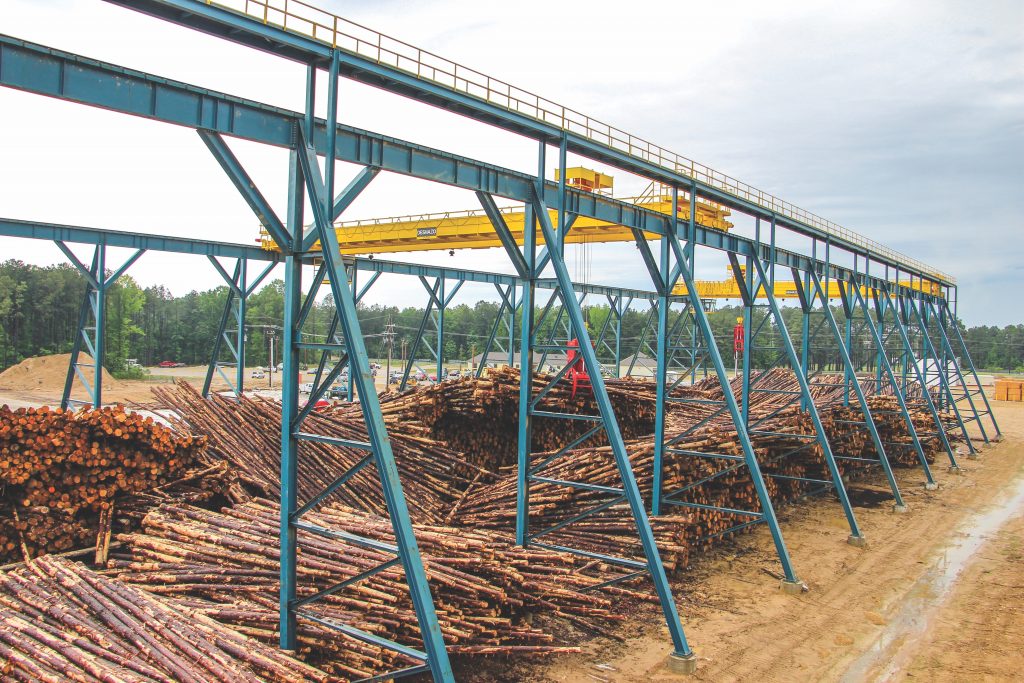 The construction and startup timelines have been aggressive, LeBlanc says. In order to maintain them, the LaSalle team had to stay on top of permitting and progressing through the system.

Weather in 2018 and 2019 was a challenge, as it was the wettest on record, and LaSalle is about a month behind on where the team wanted to be, LeBlanc admits. But total buy-in from the team at Urania and excellent support from BID Group means the mill is still meeting goals and production is ramping up at a nice clip, he says.

Part of why the mill was able to start up so quickly was because LaSalle purchased the exact sawmill installed in Newton by Biewer Lumber from BID Group, which has all the of the engineering completed.

From the moment it was decided to go with the Biewer mill from BID Group, the team was able to take lessons from Newton and apply them to Urania, LeBlanc says. For example, LaSalle is installing a third DelTech dry kiln, and additional sheds were built into the original proposal. LaSalle uses a 720-foot lineal DeShazo crane with two cranes on it, doubling capacity largely to be able to store logs during wet weather.

The civil engineering contractor, Hunt, Guillot & Associates, also helped get the site ready, including pouring over 30,000 yards of concrete.

“It’s an unbelievable amount of concrete just so we can get the vehicles out of the mud,” LeBlanc says.

However, as BID Group saw the success with the concrete in certain areas at LaSalle, it is now standard with their site prep requirements. 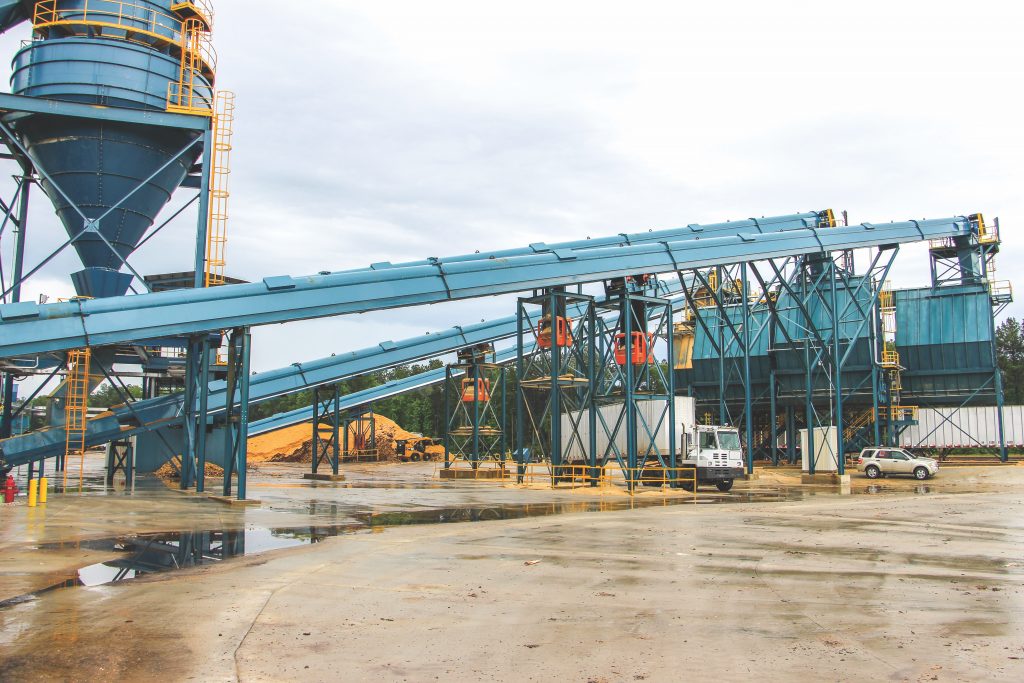 Overall, the theme for the LaSalle team over the last few months has been enthusiasm.

“We’re very excited about the equipment. Are there growing pains? Absolutely,” LeBlanc says. “BID has been a really great partner. We are absolutely convinced it is going to be excellent, although we’re still have some timing issues.”

At 16 weeks in, the facility is getting to the point of producing 50 mmbf per hour. LeBlanc gives all credit to the team for the milestones, saying they all committed themselves to the new partnership’s philosophy. The mill employs 110 people.

Timber headed for the mill is a mixed bag of purchased stumpage and gatewood with SFI-fibre sourcing designation. LaSalle will consume 850,000 tonnes of SYP on an annual basis. Once at the mill, trucks have three different options for unloading: a one-bite DeShazo crane, a two-bite De­Shazo crane or what will eventually be the wet deck. All logs are stacked and fed to the timber deck.

From the infeed deck, logs are separated by a Comact wave feeder and pass through metal detection and then a ring debarker. A Comact log optimizer scans logs and makes the bucking decision for the Comact multi-saw merchandizer. Two canter infeed decks sort logs by diameter, and are fed by Comact wave feeders. The wave feeder at the merchandiser allows them to slow down the kickers into the trays leading to the OLI.

LaSalle has the ability to produce up to 12-inch lumber, in addition to 4×6 timbers. Profiled cants are turned 90 degrees going into the Comact curve gang saw. Sideboards flow to an optimized Comact trimmer-sorting system in preparation for the MoCo stacker. 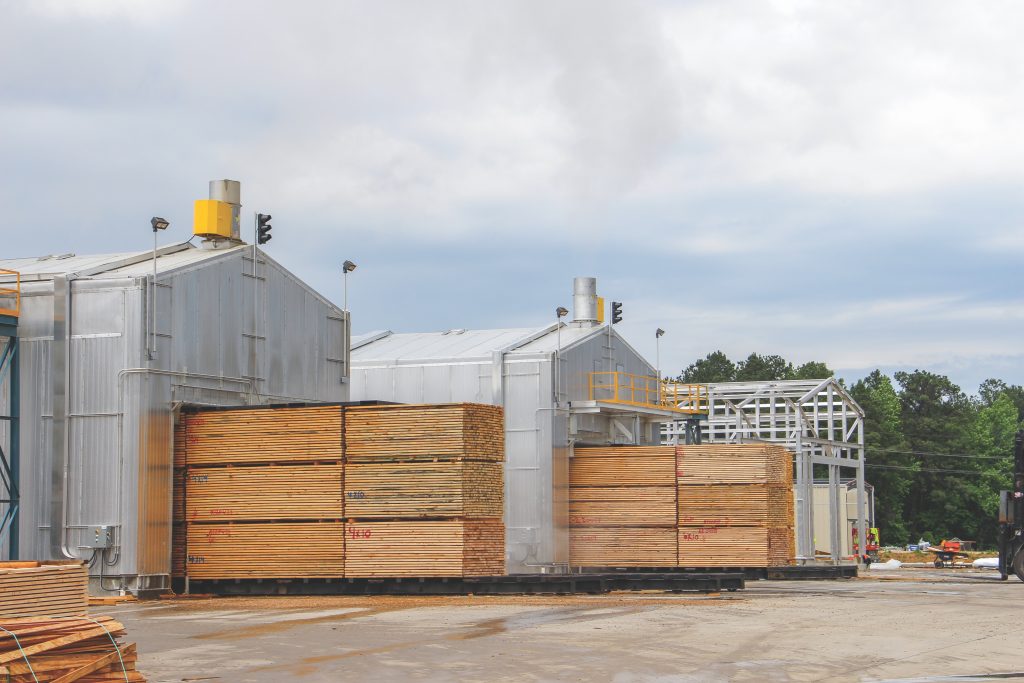 Two DelTech continuous dry kilns are capable of drying approximately 80-90 mmbf each annually. Following drying, lumber moves to the planer mill, which includes a Comact GradExpert lumber grader and Miller planer, where it is dressed on four sides. Lumber is packaged using a Signode package maker and labeled with a Samuel Coding & Labeling printer.

All mill optimization is provided by Comact. “We have scanning all the way from the log deck to the dry trimmer. The only place we probably don’t have it is in the kilns,” LeBlanc says with a chuckle.

All residuals from LaSalle are trucked to the Drax Biomass wood yard just yards away from the mill site. Drax also trucks the dry shavings to its other facilities.