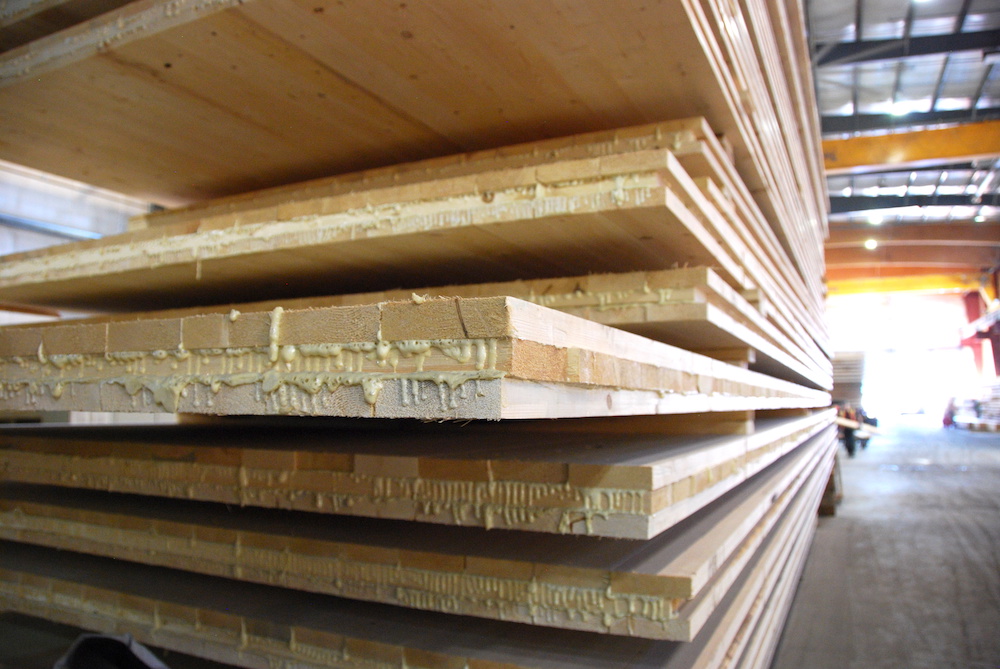 As more and more people recognize the benefits of building with wood and more mass timber manufacturers come onto the scene, mass timber is set to take off in North America. But what does this mean for Canada’s forest industry?

Over 100 attendees tuned in to hear Stephen Tolnai, Structurlam’s vice-president of sales and marketing, construction, Louis-Philippe Poirier, Nordic Structures’ director of operations, and Patrick Chouinard, Element5’s vice-president of business development, share their insights about this segment of the wood products industry.

Moonen prefaced the speakers’ presentations by reviewing construction trends in Canada. In the last 10 years, there has been a surge in mid-rise light frame wood buildings, which has created a better understanding of wood in construction, Moonen said. Combine that with new technology in design software and machinery, as well as the trend towards a low-carbon economy, conditions are right for a mass timber revolution.

Therefore, the question people should be asking isn’t, “Why wood?” but, “If not wood, what?” he said.

[Missed out on this webinar? You can still register to receive a free recording.]

Tolnai, Poirier and Chouinard first discussed the different types of products their companies produce, mainly CLT and glulam, and the species of wood they use in the process. The companies have done mass timber projects ranging from high-rises, schools, and stadiums to residential and commercial buildings.

Mass timber is not just environmentally friendly, but also very cost-effective, the speakers shared. Projects are first 3D modelled, then prefabricated, and then shipped for assembly. Thousands of square feet can be assembled in one day on site, making construction very quick and efficient, thereby reducing costs, Tolnai said.

“If we do our job properly, our customers will assemble the building – they’re not going to construct the building,” he elaborated.

“It was necessary to go into the services portion of the business because, being early into the industry, there are few architects and engineers who know how to design and engineer with these materials,” Chouinard explained.

But compared to the introduction of mass timber in Europe, all three speakers believe Canada has a leg up so far.

“I think Europe started the snowball rolling, and we’ve been fortunate to leverage that and capitalize on the momentum here,” Chouinard said.

“It’s been argued that, even though Europe has had a longer period of time focusing on CLT in particular, the North American market has done a very good job at catching up and potentially surpassing what they are doing,” Tolnai added.

This is for two reasons, he said. First, North America has a unified building code and marketplace acceptance thanks to the APA’s PRG320 standard. This has allowed the industry to develop very quickly while guaranteeing a standard of product on the market. In comparison, Europe consists of 38 countries with many different standards. Secondly, the big mass timber players don’t just supply the elements, they design them too.

During the Q&A portion of the webinar, attendees asked the speakers several questions. One attendee asked what percentage of the building market can be done in timber with current available stock in Canada and the U.S.

“It’d be hard to answer the question directly on what percentage we could handle,” Poirier responded. “But definitely we’re seeing an increase in demand.”

But even as mass timber becomes more popular, there is still some concern about fire resistance. A few attendees asked about mass timber’s fire resistance – the wood’s natural charring effect – and what kind of testing has been done with respect to encapsulating.

The charring effect can be delayed by encapsulation, Moonen explained, as well as by intumescent paint or coating.

Poirier added that, with regards to encapsulation, many tests have been done. “In the new regulations, the codes, there are methods of calculating the char rate, the structural capacity of glulam and CLT. Fire resistance has been tested by FPInnovations and the National Research Council of Canada. A lot of the knowledge required is out there, it’s available, and it has been demonstrated that it’s a very effective material to resist fire.

“As for intumescent paints, there’s flame spread sealants that help control the flame spread, but it’s not something we’re typically seeing used in projects yet. We’re looking at charring or encapsulating as of right now.”

When asked where the mass timber industry will be in 10 years, all three speakers were optimistic.

“In the next five to 10 years, more and more architects and engineers will jump on the bandwagon and see all the advantages these wood buildings bring,” Poirier said.

“I personally see a large increase in demand, especially in the States, which seems to have woken up in the last five to eight years,” he continued. “I think the challenge will be to meet that demand and I think most manufacturers will certainly be looking to increase their capacities.”

Along with expanding capacity, finding qualified workers poses another challenge for mass timber manufacturers. But architects and engineers are very interested in the industry, so the number of qualified people is likely to grow

Tolnai believes there is an opportunity to grow this segment of the industry: “We’re seeing, certainly in the west of Canada and the U.S., an adoption into that multi-family sector,” he said.

“One of the beauties of mass timber is that we’re seeing it in almost every building type, from single-family homes up to large commercial office buildings – pretty much every sector of the industry and across all the provinces,” Chouinard added.