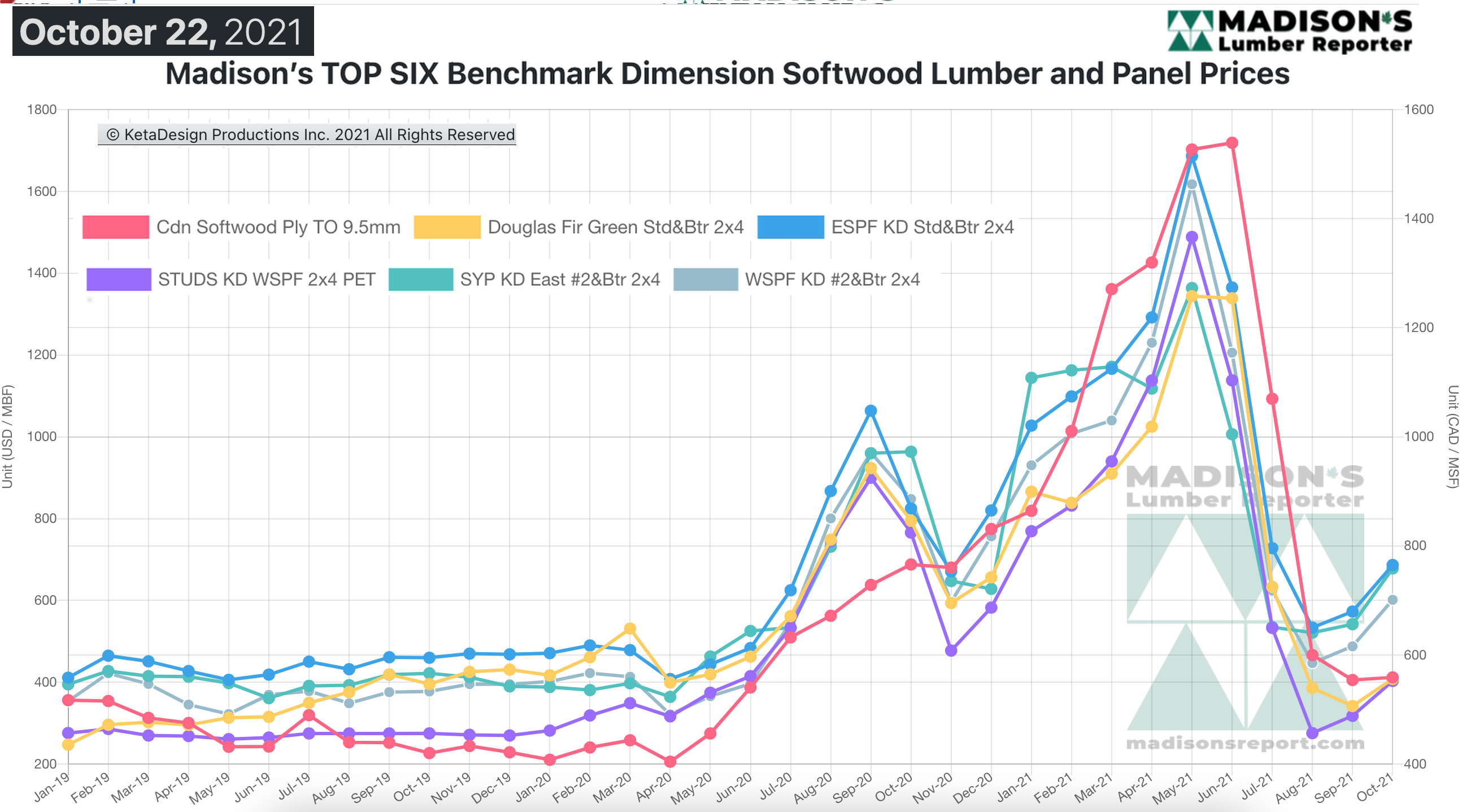 Once again for a very unusual time of year, softwood lumber prices firmed up yet more in late October. Sales volumes were encouraging, especially for the time of year, as sawmills extended order files out four weeks. Based on the regular historical seasonal cycle, it is not normal for lumber prices to be increasing in autumn. However, this was the case last year. As seen by the graphs attached, the price of benchmark softwood lumber commodity Western S-P-F 2×4 is closely following the trend of last year.

Buyers of Western S-P-F in the United States continued to run up against palpably limited availability. 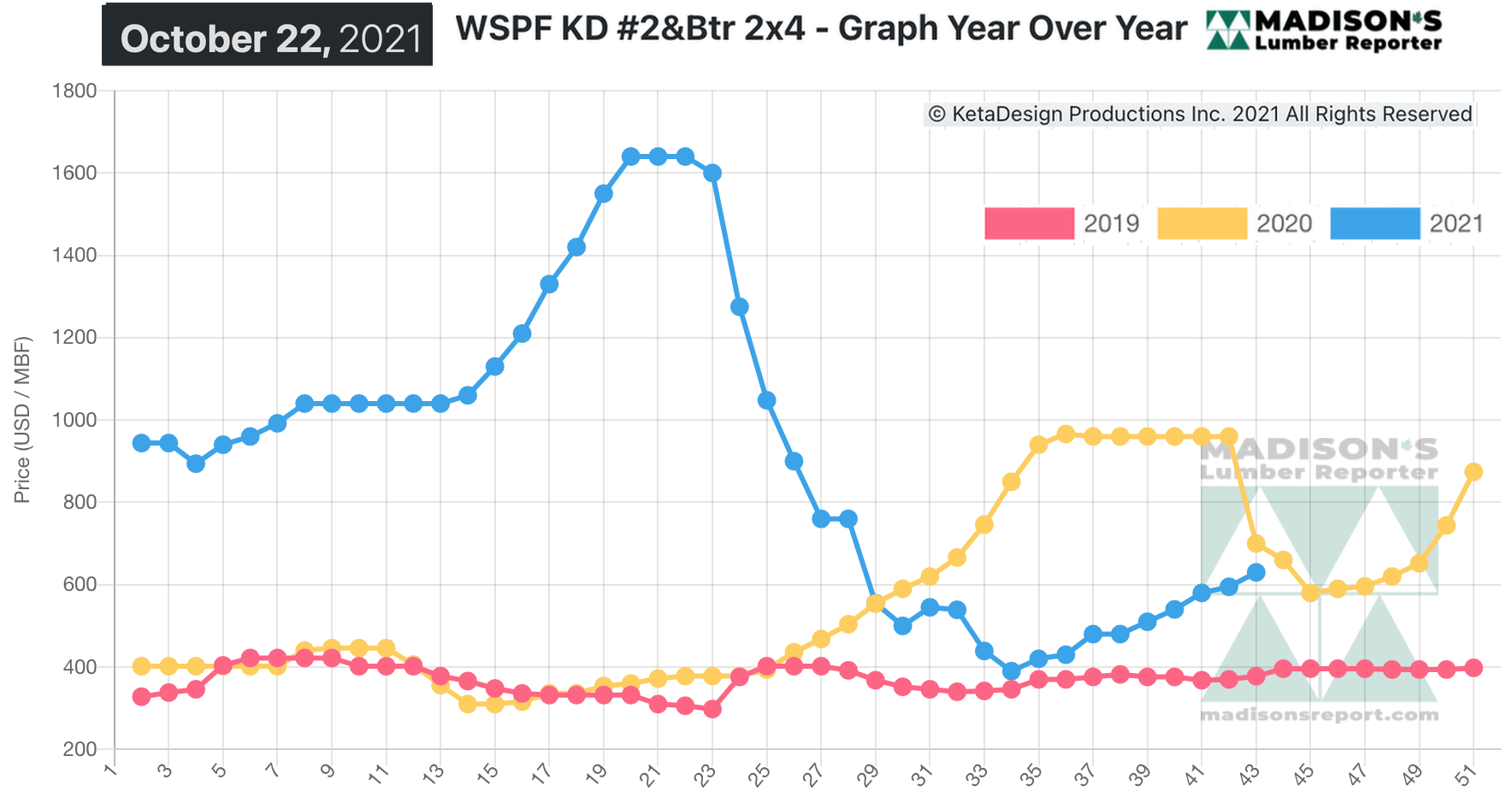 On the supply side, Western S-P-F sawmill production volumes in the U.S. weren’t enough to keep up with construction-related consumption so far in autumn. Secondaries fielded tons of inquiry this week too as buyers searched high and low for amenable combinations of pricing and shipping times..

Canadian suppliers of Western S-P-F were busy this week with reportedly relentless demand. Sawmill order files were well into November. Lack of labour and equipment caused delays up and down the supply chain.