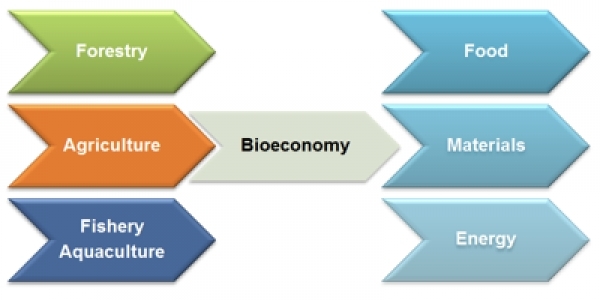 The development is part of a larger partnership among many organizations to accelerate European bioeconomy with the help of big data technologies based on aerial and satellite images and on open forest data provided by Finnish Forest Centre.

“Population growth and urbanization are increasing the demand for natural resources, which is putting a strain on the earth’s carrying capacity,” says Caj Södergård, a research professor at VTT and the project’s technology manager. “The European DataBio (Data-driven Bioeconomy) project aims to develop new sustainable ways to use forest, farm and fishery resources and to communicate real-time information to decision-makers and producers – land- and forest owners, farmers and fishermen.”

The mobile application, called Wuudis, allows landowners and forestry operators to collect and upload data on their forests to the Finnish Forest Centre’s forest resource database.

“This facilitates the payment of sustainable forestry subsidies and makes it easier to collect information and keep forest inventories up to date, as the application accurately calculates the volume and quality of the trees left in a stand after care works and harvesting,” says Seppo Huurinainen from MHG Systems, who coordinates the DataBio project’s forestry pilots.

The Wuudis service and the associated mobile application, as well as standardized forest resource data concept provided by the Finnish Forest Centre, can be easily scaled to other countries. The mobile application can be also used to monitor the effects of storms, snow, pests, diseases and the like. The solution developers are currently in talks with potential users in Spain and Africa, for example.

Another Finnish pilot has developed a service concept based on inventorying forests using drones. Thousands of hectares of forest have already been inventoried with the help of the service this summer.

All the pilots included in the project involve developing common software tools for analyzing and refining information flows. The results of the pilots and the new solutions are also expected to create new business opportunities and increase the use of big data technologies in the bioeconomy industry’s primary production.

The overall DataBio project has now resulted in the launch of 26 bioeconomy pilots in 17 different countries. The project consortium also includes partners from Belgium, the Czech Republic, Germany, Spain, Norway, Poland, Italy, Greece, Israel, the Netherlands, Denmark, Switzerland, the United Kingdom, Estonia, France and Romania. The project, which is due to end in 2019, is co-financed by the EU’s Horizon 2020 programme.