April 28, 2017 - Logset has launched a new product: the harvester head TH85. It is the sixth harvester head in the TH-series. The new TH85 is optimized for large scale clearfell harvesting and it weighs 2 000 kg. The head has been developed as a response to customers' needs and demands. It can be mounted on the world's biggest harvester - the Logset 12H GTE Hybrid harvester - or on track based machines weighing 25-30 tons. The ease of daily maintenance has been the key criterion during the development process.

"We held on to our philosophy with the earlier heads — less is more. This head has less components and more steel. The point is to achieve minimum downtime and maximum productivity," says development manager Jonas Hedstrom, who has been in charge of the development process of the TH85.

The Logset TH85 harvester head is a so called four motor head, with three steel feeding wheels and a synchronized feed circuit to ensure an optimal grip of the tree at all times. Like the other Logset TH heads, the TH85 is also equipped with long delimbing knives. The maximum opening of the head is 84 cm and you can get a perfect delimbing down to 4 cm. Both 0,404 and 3/4 chainsaws can be used on the saw unit.

"In the beginning of April, we sent a Logset 12H GTE Hybrid harvester with a TH85 harvester head to Australia. This combination is a wheel based machine the market hasn't seen before. Logset has 25 years of experience in making harvesters and harvester heads. The TH-series has gone through a 10-year period of technical evolution, so we felt confident about introducing the product on a new market," says vice=president of sales Pascal Rety. 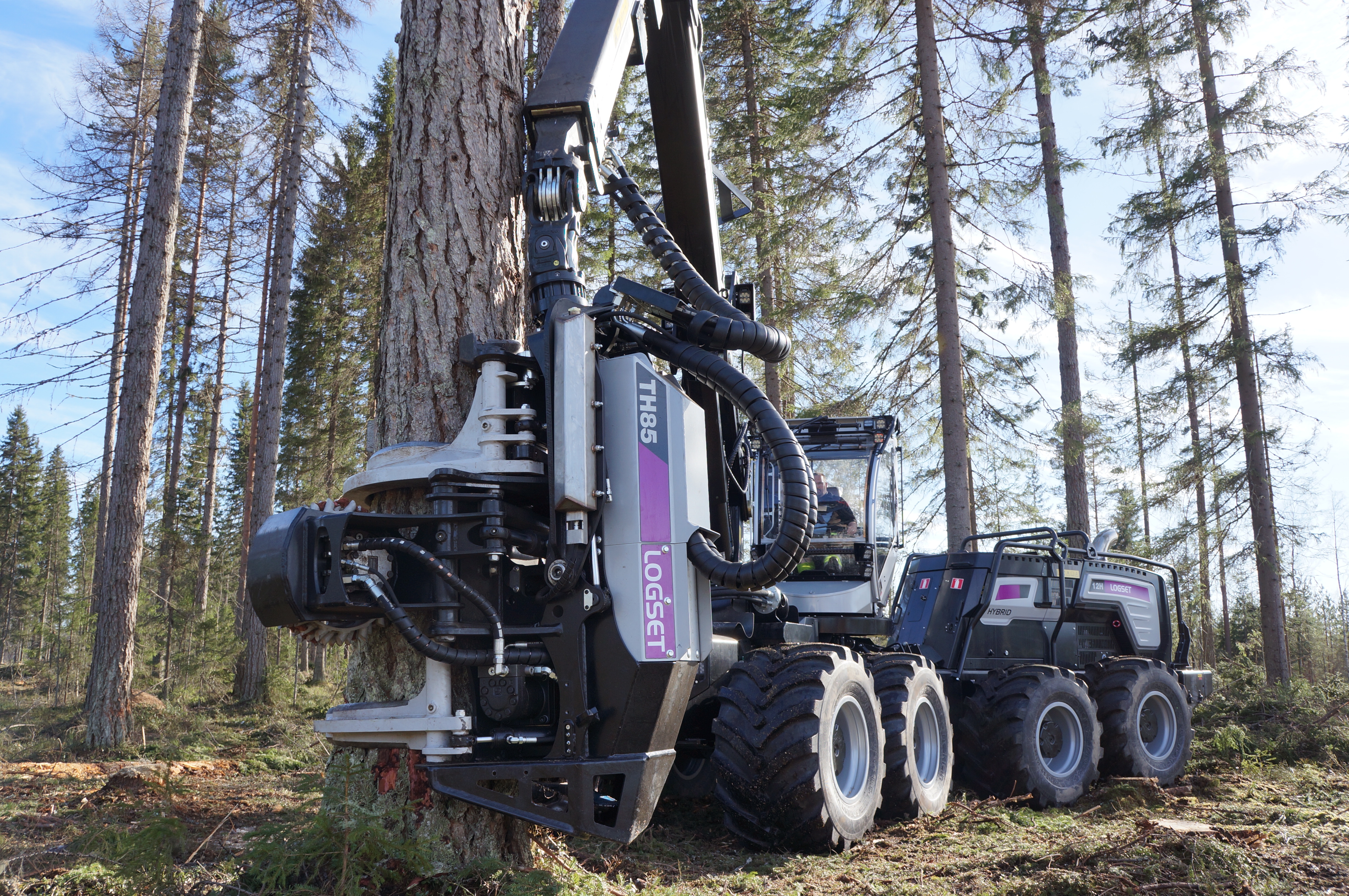