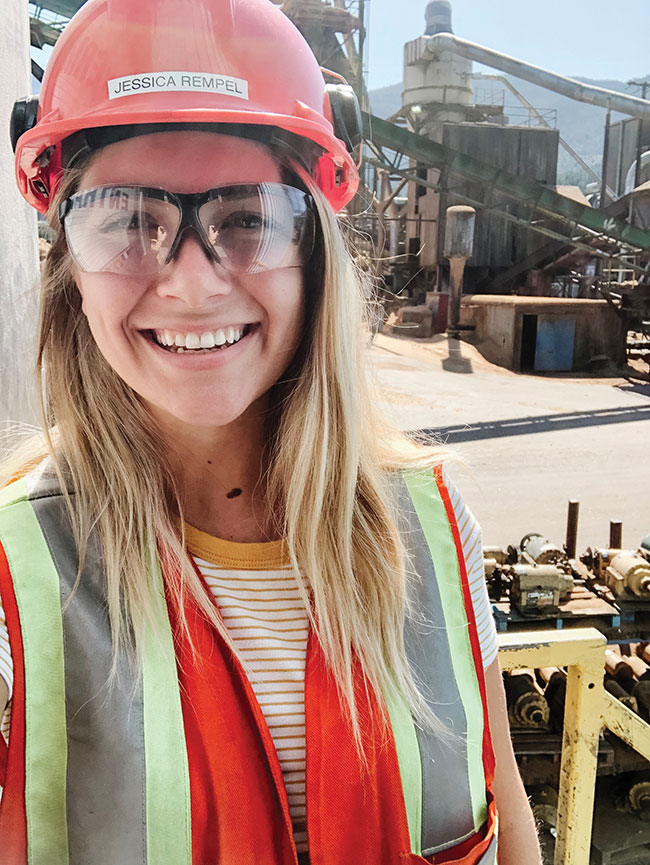 This week, we introduce our readers to Jessica Rempel, control systems specialist for Tolko Industries in Armstrong, B.C.

The first woman to be a control systems specialist at Tolko’s Armstrong mill, Jessica “is blazing a trail for others to follow!” says Dwayne Bueckert, Jessica’s supervisor.

Although she has only been a part of the control systems team for a year, Jessica has already proved herself to be a leader and a vital part of the mill’s operations, he adds.

Last year, she designed and commissioned a pneumatic positioning system through Tolko’s Innovation Project program. “It was the first time implementing this type of technology and she brought a fresh set of ideas and solutions to each challenge,” Bueckert says. “She drove the project forward with a success well beyond expectations.”

She also used this project as her final capstone project at the University of British Columbia and won first place in the electrical division.

One of FPAC’s 2018 Green Dream Scholars, at 24 years old, Jessica already has a number of accomplishments. She was chosen as the valedictorian in her graduating class of 300 engineers, graduating with a mechanical engineering degree (with distinction); she won the Dr. Gordon Springate Senior Award in Engineering for her volunteer work in her community; and she was recognized as one of the University of British Columbia’s Applied Science rising stars for her academics and above caliber efforts.

Dr. Najjaran, Jessica’s university professor, says she is one of the “most ambitious, intelligent and hard-working students,” he has ever encountered.

“With the current rate of technological advancement, we strongly believe the ambition, creativity and innovation that Jessica has will be what keeps this industry going,” Bueckert adds. “We truly believe she is one of the best and brightest in the industry!”

Up next: we showcase the achievements of winner Mike Penner.