Ask Rick Gush how many saws he and his crew will handle in a year and he thinks about it for a few seconds before working through the numbers in his head. “About 40,000,” he proclaims, “And that doesn’t include the cutoff saws,” adds Gush, who is the head filer at Weyerhaeuser’s Princeton, B.C., dimension sawmill. 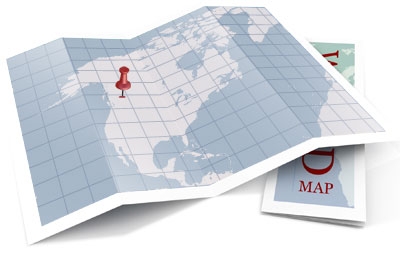 Ask Rick Gush how many saws he and his crew will handle in a year and he thinks about it for a few seconds before working through the numbers in his head. “Abou

Looking at the filing room Gush is in charge of, you would never guess that he and his crew of nine process that kind of volume. On a recent visit, not one item in the filing room appeared to be out of place. Workbenches were free of clutter, tools were where they should be, and it looked like you could eat off the floor. If the filing room is quiet, looks organized and his crew isn’t frantically troubleshooting, “that means things are running well in the mill and all is good,” notes Gush, with a hint of a proud smile as he qualifies this statement by adding, “that’s the way it is around here most of the time.” 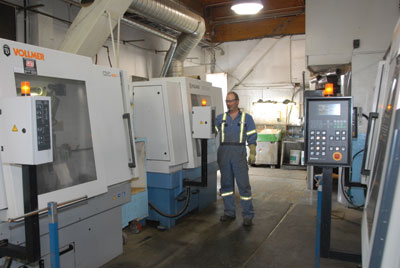 Gush is the first to admit that this scenario wouldn’t be possible without the support of Weyerhaeuser. He says they have made the kind of investment in the filing room that is needed to keep things running smoothly in the mill, and he notes that it pays dividends in the long run. “The company has invested in the tools we need and they recognize that there can be a significant payback in recovery if we are effective at our jobs,” he explains. “If we utilize the technology available to us, use high quality saws, and maximize quality control techniques, we can run with thinner plate saws, which increases the recovery factor at the mill’s machine centres.”

Gush says on the mill’s large line, which also features a Kockums CanCar chip ‘n’ saw, they run .080-in. plates for a kerf of .110-in. On both chip ’n’ saws they use Cougar XX saws from Cut Technologies. The Cougar saws, which are manufactured at the Cut Tech plant in Penticton, B.C., are part of the company’s premium round saw line. At the Princeton mill they specify 17-in.-diameter saws with 42 teeth on each saw.

“We work closely with Cut Tech,” says Gush. “We have a ‘Make&Hold’ program in place with Cut Tech that allows us to keep some inventory at their facility, allowing us to get what we need, when we need it, and they are constantly improving saw design to provide us with better products.”

In addition to supplying the Weyerhaeuser Princeton mill with saws, Cut Tech is the Canadian distributor and factory service representative for much of the major hardware used in the mill’s filing room. That includes four German-made Vollmer grinders that are sold and serviced by Cut Tech (one CHF210 side grinder, two CHC Eco top and face grinders, and one CHC 250 top and face grinder), and a Kahny tipper (Cut Tech is the exclusive North American distributor for the Kahny line). The mill also has a Wright grinder, which Gush says they “inherited” from Weyerhaeuser’s Merritt, B.C., mill when it closed down, and a Simonds leveller, which is used to eliminate any bumps in thinner plate saws. On the quality control side, Gush says they have a Forintek (now FPInnovations) Video Tooth Inspector machine. “It’s been here longer than I have,” he jokes, “but it really helps us track down problems if anything occurs. Basically, it takes a picture of the saw’s teeth and that allows us to clearly see the face and make sure all of the angles are straight.”

Another method of maintaining quality control includes the use of SizeCheck automatic lumber size monitoring software from EB Associates. “I have access to the data from the mill’s SizeCheck program, which allows me to see if anything unusual is going on,” says Gush. “Plus we all have pagers and if something is happening in the mill, they all buzz and we go to take a look, because if there’s a problem, the first thing we do is check the saws.”

For Gush, having good quality control methods in place is important, but so is experience. He has worked for Weyerhaeuser for 39 years and for 38 of those years he has been a saw filer. He is well aware that although the filing room is tucked away in a quiet corner, it is critical to the overall success of the mill. “Having an effective filing room is one of the easiest ways to improve your lumber recovery factor,” he concludes. “Specifying good saws and using good filing room equipment can easily allow you to drop your kerf down and improve accuracy.”