June 8, 2013, Jonkoping, Sweden – When you are trying to catch the attention of 50,000 people across four days, you have to do something different, sometimes standing by a booth waiting to engage the next person who stares at your product for more than a few seconds isn’t enough.

For some of the companies at Elmia Wood, that meant going to great lengths in the hopes of getting people to stop, and stay, long enough to hear about the quality equipment that the company produces.

Komatsu put on a well-rehearsed show featuring multiple machines and some pyrotechnics to help draw eyes to their location. The show was complete with the introduction of new machines, including the 895 forwarder and the C144 harvesting head. Seen for the first time at Elmia, both machines helped grab the attention of attendees watching the show, and they were given a chance to see them up close afterwards. In addition to the show, Komatsu also hosted the International Forwarder Competition, similar to the competition held at DEMO International in Quebec City in September 2012.

The launch of the Ponsse Scorpion was the highlight of a large demonstration that also included the Buffalo and the Ergo. The new Scorpion is the latest harvester released by Ponsse, and focuses on greater ease of operation as well as improved fuel consumption and cabin and crane leveling solutions.

Rottne did things a little differently. The Rottne H21D prototype was front and centre at their booth, drawing people in to see a show that featured their newest harvesters and forwarders. The harvesters and forwarders that were part of the show were from their established line of products, giving people a chance to look at their current machines while their curiosity was peaked by the H21.

For full details of what you missed at Elmia Wood this year, be sure to pick up the July/August edition of Canadian Forest Industries magazine for our exclusive look at the highlights of the show. 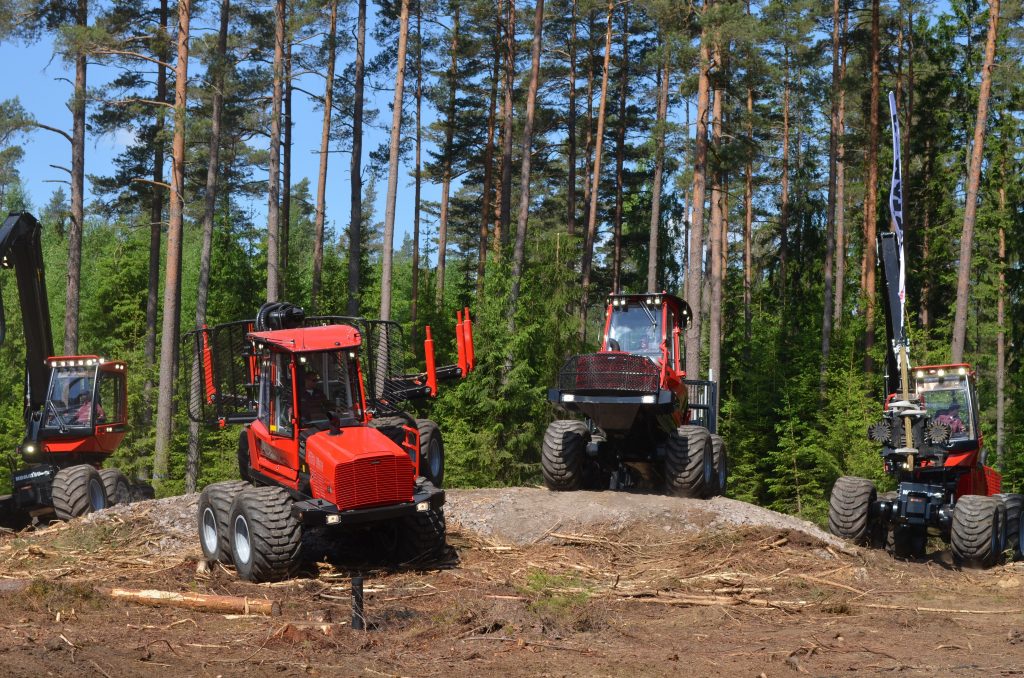 Komatsu put on a well-rehearsed show featuring multiple machines and some pyrotechnics to help draw eyes to their location. For some companies at Elmia
Print this page