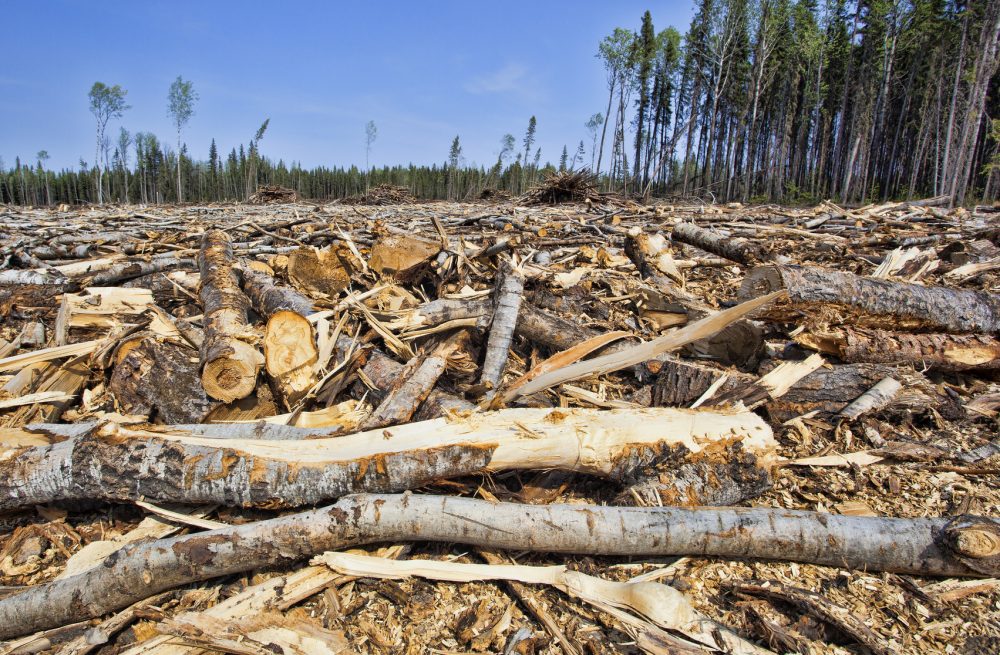 Cutting down trees inevitably leads to more carbon in the environment, but deforestation’s contributions to climate change are vastly overestimated, according to a new study.

Deforestation for timber and farmland is responsible for about 92 billion tons of carbon emissions into the environment since 1900, found a study led by researchers at The Ohio State University and Yale University.

“Our estimate is about a fifth of what was found in previous work showing that deforestation has contributed 484 billion tons of carbon – a third of all manmade emissions – since 1900,” said Brent Sohngen, a professor of environmental and resource economics at Ohio State.

He said that widely accepted estimate didn’t take into account the planting of new trees and other forest management techniques that lessen the environmental burden. The model used in this study did take those factors into account, which made a significant difference considering the intensive forest management happening in many parts of the world and the less-intensive, but not inconsequential, management that is happening elsewhere.

The study appears Nov. 4, 2019 in the Journal of Forest Economics.

“There was a significant shift toward treating forests as a renewable, rather than nonrenewable, resource in the last century, and we estimate that those reforestation and forest management efforts have led to a far smaller carbon burden on the environment,” Sohngen said, adding that the previous estimate was based on trees’ natural regrowth without any human intervention.

“Manmade land use and land-use change has had a relatively small effect on carbon emissions compared to the almost 1,300 billion tons of industrial carbon emissions during the same time period.”

Previous estimates argued that about 27 per cent of manmade net carbon emissions were from deforestation whereas the new research estimates that the correct number is just 7 per cent.

“Previous estimates overestimated net emissions because they did not take account of the planting and management of global forests over the last 70 years that was undertaken to build a renewable timber forest,” said study co-author Robert Mendelsohn of Yale.

“This forest renewal was a market response to the expectation that old-growth timber was going to run out by the 1990s. Companies started planting and managing forests in the 1950s to fill this gap, and the timber industry quietly switched from being a nonrenewable mining industry to a renewable forest-crop industry.”

The new study results suggest that efforts to decrease carbon emissions should focus largely on industry. Trends over the last 10 to 15 years toward less harvesting of mature forests and tree removal for agriculture are likely to continue into the future, Sohngen said.

But that doesn’t mean that environmental protection work should ignore forests, he said.

On the contrary, trees may have quite a large role in protecting against climate change if governments worldwide provide incentives that lead to more careful forest management worldwide, Sohngen said.

“Forestry and land use are blamed for being an enormous source of climate change, but they’re not an enormous source. The energy sector is an enormous source, and that’s where we should focus our attention – that and looking for ways to maximize our forests’ role in protecting the environment,” Sohngen said.

Mendelsohn said that the forest could be critical in efforts to solve climate change.

“It is possible to manage the world’s forests to store more carbon than they currently do. Some of this can be stored in near-permanent tropical forests that are simply not cut at all and some can be stored in managed forests,” he said.

“In the long run, forests could also be tapped as a source of bioenergy. If they are burned along with carbon capture and storage, forests can effectively suck carbon out of the atmosphere and help the world reach lower long-run temperature targets.”

The article was originally published by Ohio State News. Re-published with permission.