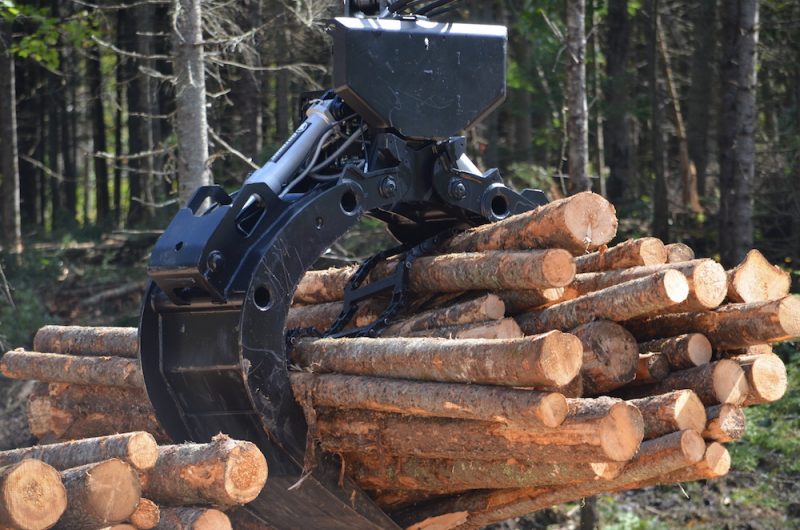 Meanwhile, 45 per cent of contractors said their rates have increased – just one per cent higher than in 2018. This means that for the majority of contractors, logging rates are either increasing or holding steady.

But, there was a slight increase in the percentage of contractors who say their rates have decreased – 14 per cent compared to 11 per cent in 2018. This is still much better than in 2016, when 23 per cent said their rates had decreased. Fifteen per cent of respondents reported that they were either too new to compare rates or did not know.

Similarly, 12 per cent of contractors in Ontario reported rates had decreased by five per cent or less. But 50 per cent reported an increase, while 31 per cent said rates have held steady.

Quebec had the lowest percentage of contractors reporting a decrease in rates at just six per cent, but only 40 per cent reported an increase, while 17 per cent said rates have stayed the same. A large number of respondents from the province – 34 per cent – either didn’t know or were too new to compare rates.

News in Atlantic Canada has not improved since 2018, especially in Nova Scotia, where the Northern Pulp closure has severely impacted the industry. In 2018, 17 per cent of contractors in Atlantic Canada reported lower rates compared to five years ago. In 2020, that number has jumped to 28.5 per cent. 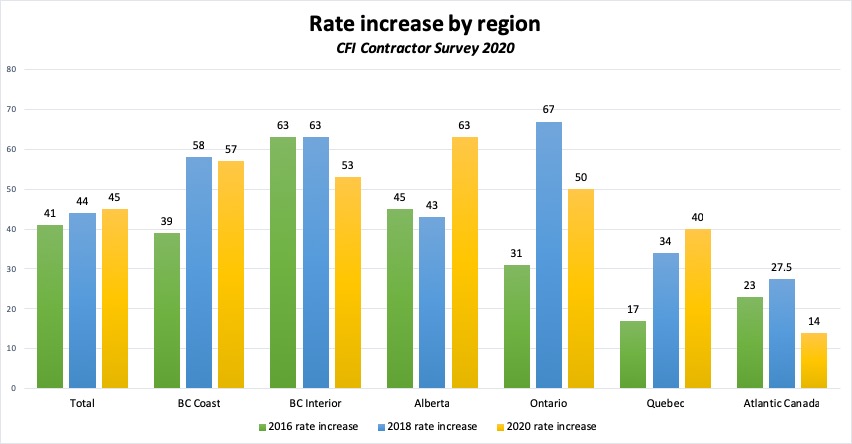 Percentage of contractors reporting some rate increase compared to 2018 and 2016.

Look for more news from the CFI 2020 Contractor Survey on www.woodbusiness.ca and in our eNews over the coming weeks, with a final digital report in December and a summary in the November/December print issue. Be sure to subscribe to our free eNews to get all the latest industry news.

Editor’s note: An earlier version of this article incorrectly stated that 28 per cent of contractors in Atlantic Canada reported a rate increase. The correct number is 14 per cent. CFI apologizes for this error.