Oct. 10, 2018 – For six years now, Canadian Forest Industries has showcased the achievements and potential of young forestry leaders in our Top 10 Under 40. In order to individually acknowledge and highlight the contributions of each winner, CFI will feature one of 2018's winners every week for the next 10 weeks. 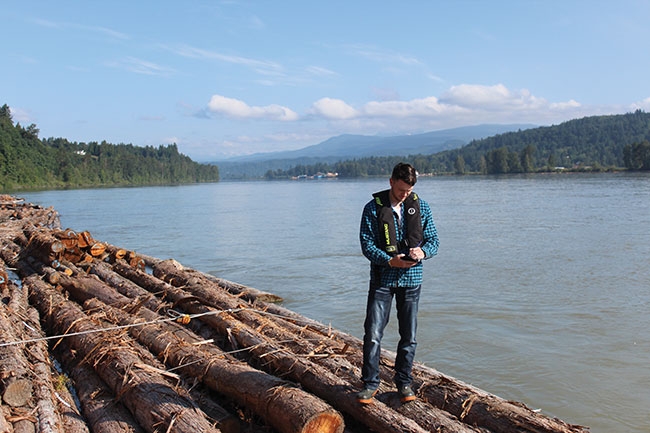 This week, we introduce our readers to Jack Gardner, a log cutter/custom cutter at Teal-Jones Group in Surrey, B.C.

Jack started working for his grandfather’s company, Teal-Jones Group based in Surrey, B.C., when he was just 10 years old and has held his fair share of the manual jobs, from shoveling sawdust to pulling off the green chain and grading lumber.

Today the 23-year-old holds the position of log purchaser and custom cutter in Teal’s cedar division.

A few years ago, Jack took part in a trade mission to China on behalf of Teal-Jones Group. “Jack is a pretty good talker. One time he was in China and introduced himself to a few people at a conference. A few months later, because of the connections he made, he got 17,000 cubic metres of western red cedar and this created an ongoing relationship with the supplier,” Jones says.

Today Jack can be found walking timber sales, inspecting log booms and overseeing the logs sawn into high-quality cedar lumber. The young leader has an eye for the job from start to finish and a passion for the industry, Jones says.

Jack’s goal is to run the family business — which employs over 1,200 people in Canada and the U.S. — and to continue the legacy that his great grandfather Jack Jones started more than 70 years ago.

Up next: we showcase the achievements of winner Jason Casey.