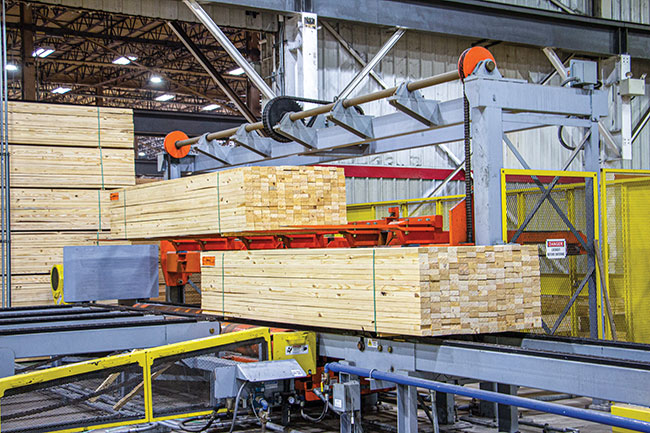 Vancouver-based forestry giant West Fraser got the keys to Angelina Forest Products on Dec. 1, 2021, closing on their $300-million acquisition of the turn-key sawmill in Lufkin, Texas.

“The acquisition of the Angelina lumber mill is an exciting opportunity for West Fraser and we look forward to welcoming the Angelina mill employees to the team,” McLaren said.

The COO said the company’s history operating and investing in East Texas means they know it’s a great place to do business. “We are excited to continue growing in this important region and having all our employees working together to support our growing Texas customer base and to continue supporting the communities in which we operate,” McLaren said.

West Fraser expects to bring the sawmill up to full production capacity of approximately 305 million board feet within the next three to four years.

“I have been impressed with the remarkable work of the Angelina team in building and commissioning the mill in Lufkin, Texas,” McLaren said. “The Angelina mill is a new, modern facility, and West Fraser looks forward to supporting the team as they continue to ramp the mill up to full production capacity.”

In West Fraser’s news release announcing the acquisition, the company said it anticipates Angelina to be among the lowest cost operations in their lumber mill portfolio. The sawmill is strategically located near low-cost and abundant fibre as well as large and growing end-markets. Get a look inside the mill here.

With Angelina on board, West Fraser’s Canadian and U.S. lumber production capacity is a staggering seven billion board feet, with U.S. southern yellow pine lumber representing around 50 per cent of the company’s capacity.