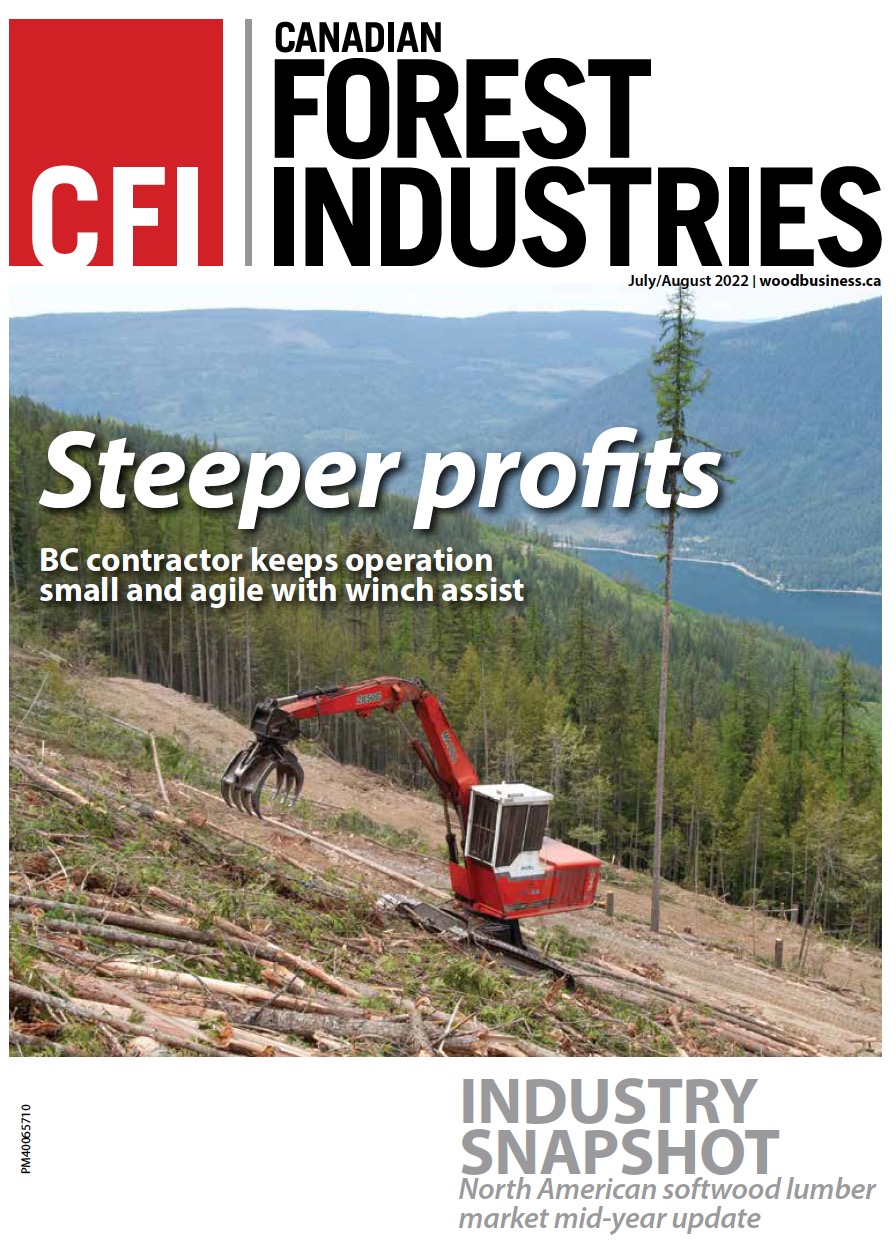 For this issue’s cover story, CFI hit the B.C. slopes to visit Tor-Kel Contracting, which has been operating a Timbermax winch over the past few years to access what was previously off limits in their cut blocks.

Then we travelled to Quebec to meet the family behind Groupe de Scierie GDS, who has invested $66 million in its three sawmills, planer mill and a brand-new pellet plant in the Gaspesie region, including modernization and R&D projects.

A new study and tool developed to investigate the impact of increasing operating costs for Quebec contractors has identified that expenses have increased an average of 33.6 per cent over the past 10 years.

As ESG (environmental and social governance) standards become more prevalent in the forestry world, contractors will need to take steps to prepare their fleets.

Nechako Lumber in Vanderhoof, B.C. recently invested in tensioning system for the mill’s high speed stud planer and the result has been improved maintenance efficiencies and increased uptime.

A snapshot of the North American softwood lumber market as of June; Q&A with Derek Nighbor on social license in the forest industry; Saw Filing 101 column; equipment spotlight on forwarders; tech update on scanners and optimizers; Final Cut column on wildfires and community resilience from FPInnovations and more!

Related
The future of forestry: Meet Seth Dickinson
Putting on a show
SDLG expands into North America
Is digital greener than print?