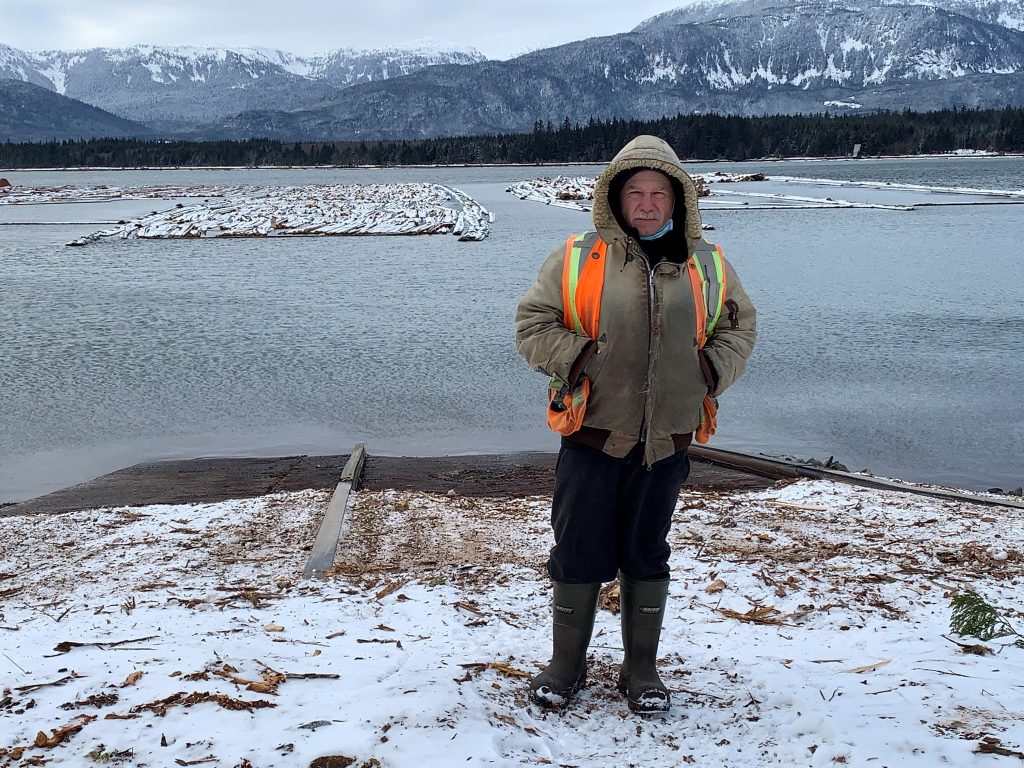 Utilization of residual wood fibre by coastal pulp mills has reduced pile burning and greenhouse gas emissions from the forested areas near Hazelton in northwest British Columbia. This work has contributed significantly, not only to the local and provincial economies, but also environmentally to assist in the achievement of British Columbia’s and Canada’s climate change targets. The project was supported by a $484,164 grant from the Forest Enhancement Society of BC (FESBC).

“Our FESBC-funded project allowed us to increase the overall recovery of fibre from our area forests, resulting in a greater availability of logs for domestic pulp producers and a reduction of the amount of biomass that is burned each year,” said Cathy Craig, CEO, NorthPac Forestry Group Ltd.

Residual waste wood fibre in the forest is typically legally required to be burned to reduce wildfire hazard, and because this fibre has a low economic value, it is usually piled and burned. Leaving and burning pulp logs is, in many cases, the only solution as the incremental operational costs of skidding, processing, loading, hauling, and increased road maintenance is greater than the value of the fibre. This is especially difficult within the Kispiox area where there are minimal wood processing facilities and a forest dominated by low-value hemlock. The grant helped to create positive economic conditions for NorthPac which allowed Craig and her team to utilize the fibre and avoid burning.

“The dollars allocated to us as a grant from FESBC provided us with operational certainty,” said Craig. “These dollars allowed us to commit to contracts with loggers and truck drivers, which further stimulated our local economy. Our crew at NorthPac is grateful for the grant and consider the project a great success.”

When piles of residual wood are burned, greenhouse gases including carbon dioxide, methane, and nitrous oxide are released. If the piles are not burned and the fibre is instead utilized, then much of the greenhouse gas emissions are avoided.

The FESBC-funded NorthPac project will save approximately 42,000 cubic metres of pulp logs from being burned in the forest. That equates to approximately 1,050 truckloads of fibre not being burned and instead delivered to the point of sale in Kitimat, B.C. The pulp logs were purchased by All West Trading Limited and barged to coastal pulp mills to be used to make pulp, paper products, and green energy. Gord Pratt, RPF, FESBC operations manager, is pleased with the overall outcomes citing it as a team effort of many forest sector professionals.

“The project was delivered by a team of local logging and trucking contractors, and it contributed to the regional economy of northwest British Columbia,” said Pratt. “This is a win-win because it not only creates economic benefits for local communities, but global environmental ones as well.”