Customers who had been waiting on the sidelines since spring to see how far down lumber prices would go returned to the scene and booked significant purchases in the week before the Labour Day long weekend. Sawmills gleefully extended order files as secondary suppliers — who had been running on lean inventories themselves — did not necessarily have specific items on hand to sell on the spot. Construction projects which had been put on hold roared back to life as builders rushed to complete them before winter starts. 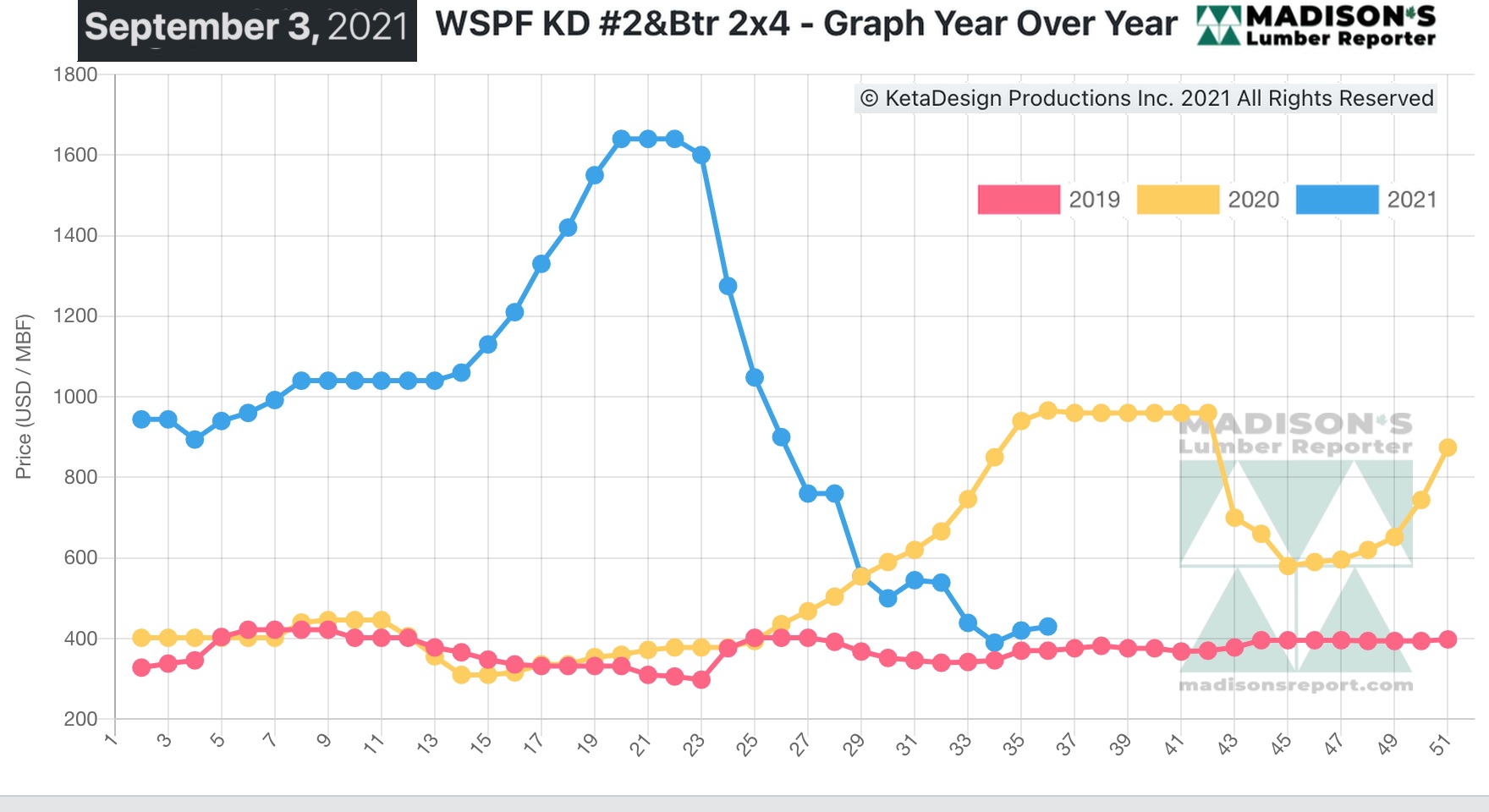 The unspoken consensus that a price bottom had been reached was apparent from sawmills all the way to purchasers.

There was more energy to Western S-P-F sales according to veteran traders in the U.S. One large sawmill apparently had turned to offshore markets, selling virtually their entire September WSPF inventory. Sawmill order files ranging between one and three weeks were reported; however were producer- and item-dependent.

Canadian Western S-P-F sales were marked by a tone of cautious expectation, with all eyes on the imminent Labour Day long weekend and the pace-setting effect it usually has on solid wood commodities. Buyers continued to focus on short-term volumes to keep their inventories from total depletion as they tried to predict where price levels will end.

“Monday started off with a bang again for Canadian Eastern S-P-F sales as volumes improved, prices continued to firm up, and most counter-offers were rejected by sawmills. With each passing day more buyers decided to jump into the fray as they sensed the market changing direction, thus attempted to get in at or near the price bottom.” — Madison’s Lumber Reporter 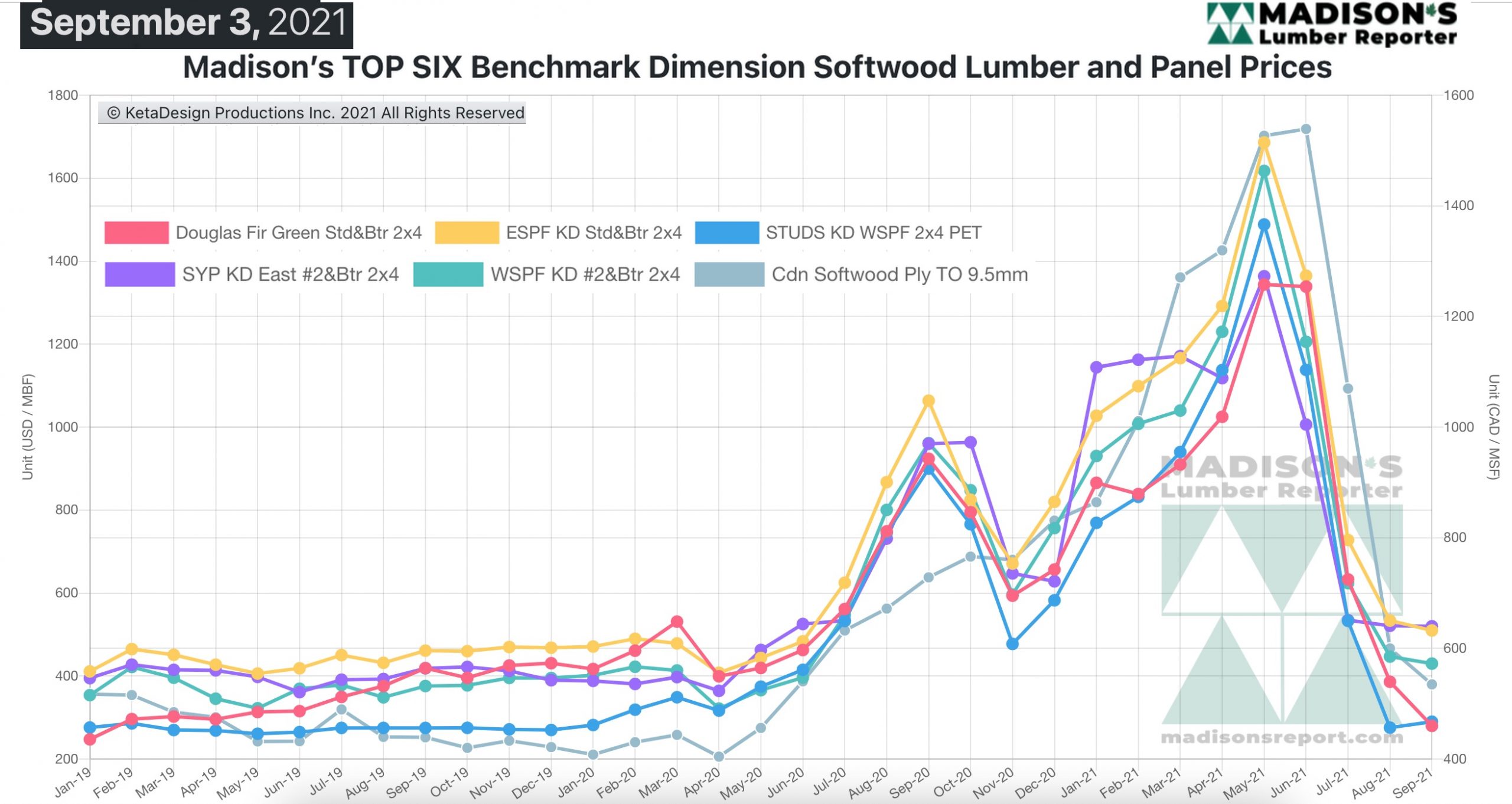