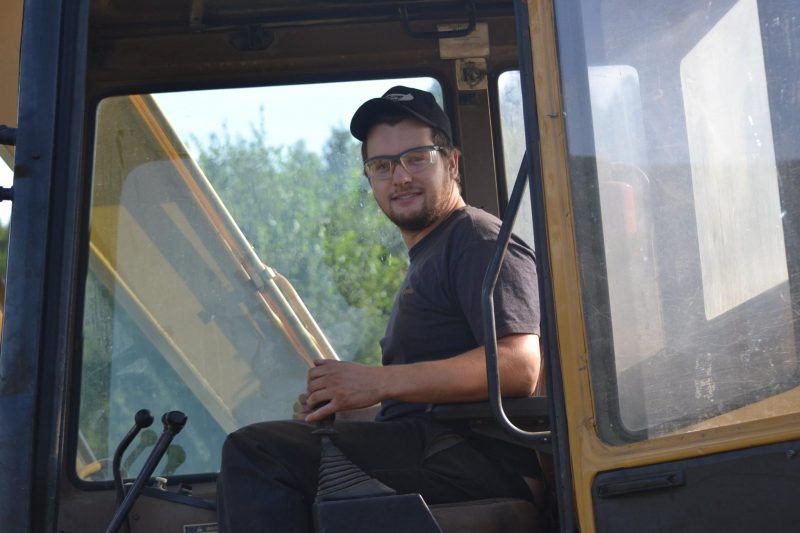 Jonathan Simard might be the youngest person to make this year’s list, but he’s packed a lot into his 26 years. He is the head of a forestry company with seven machines, including three harvesters (two multis and a saw head), two transporters and two excavators.

He started working for his father, a forestry contractor on private lots, at the age of 14, before making the jump to the harvester at 15. Even though he loved working in the forest, he still decided to continue his studies in civil engineering at Cégep. But, after a year, he realized that a desk job was not for him, and he went on to complete a professional studies degree at the Centre de formation professionnelle de l’Estuaire in forestry.

After that, he returned to work with his father – but soon realized they didn’t share the same vision. So, at age 20, he took the plunge by starting Foresterie Jonathan Simard.

Based in Côte-Nord, Que., in Baie-Comeau, the young entrepreneur has achieved this feat without working with sawmills in the region. “I wanted to stand out by offering a turnkey service for harvesting in private forests, but also for fixing roads and for specialized deforestation contracts – particularly for mines and power lines,” he says.

To date, he has hired seven people at his company. Right now, he’s working on a de-forestation contract for the Micoua-Saguenay power line.

“I like what I do because I’m not dependent on anyone,” he says, adding that he is open to working in public forests if the opportunity arises.

Up next: we showcase the achievements of winner Adam Hodgson.