Features
Life and times of a young head filer

This was the thought running through my head as I wrapped up the last section of the mechanical aptitude test, so sure of myself that I had passed. I had grown tired of sorting boards, flipping cants, operating tilt gates, and had decided that I would sign the next apprenticeship posting when it became available. I was about 22 years old, had done various jobs on the mill production floor and knew I needed a change. As a high school dropout, I didn’t have a lot of options in front of me either. 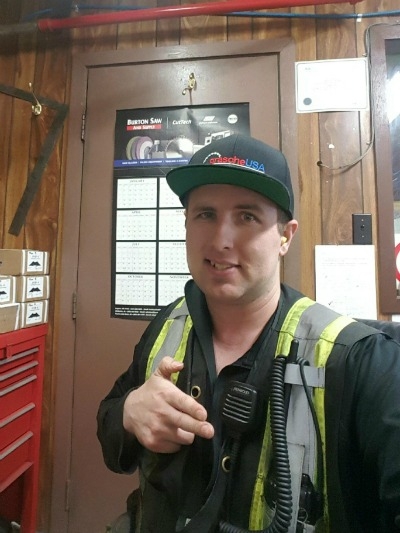 Thankfully I passed the test and got started in the filing room about two weeks later. Up until this point I had never really set foot in a saw shop, my only real experience was calling for a saw change when I jammed too many boards in my edger, or noticed a lot of marks on the sides of the cant whilst band tailing. I also had noted that they seemed to not have many duties outside, which was a big positive because in this area stretches of -40 C during the winter are not uncommon.

My first two or three months were spent in the guide room, where I sharpened knives for the canters and edgers, milled guides and scurried downstairs when a saw change was called. I soon found that if I completed my tasks quickly enough, I was able to get some training fitting band saws (where I passed the mustard test by swaging and shaping by myself without stopping for the entire saw). After gaining the confidence of the older filers, I was able to get training on benching circular saws. I did this combination of round saws and guides for the next year or so, before moving to band saws. With the guidance of the senior filer working on night shift with me, I began to learn how to bench band saws. Within a month I had the opportunity to fill in for the benchman when he went on holidays. Within about 18 months of starting in the filing room I was blessed with the opportunity to receive training and experience and to spend time at all the various jobs.

In 2013 I able to get the position of chargehand, and working under the head filer expanded my roles into that of leadership and mentoring. At the time I was 26, so it was a huge undertaking for me, but I appreciated the opportunity given to me. I continued in this role over the next two years, during which time we received new equipment for the band saw area; a Vollmer RC-110 auto bench and two CA-210 Vollmer CNC grinders. These machines presented us with a large learning curve, but pay off was amazing. It allowed us to do more tasks with the same amount of staff, produce an even better quality saw for the mill, and gave us the exposure to next-level technology that we will continue to pursue.

In 2015, I succeeded the previous head filer, and took on the role permanently. With the help of senior filers in my company, I have enjoyed my time thus far as head filer. It has allowed me the chance to travel, work with other mills, new technology, and more importantly play a role in the mentorship of the new filers coming into the trade. I look forward to many more years in the saw trade; there are always new techniques to learn and new technology to advance the filing room. Although I have not been around as long as some in this industry, if given the chance to start over I would do it again.

Josh Penner is the head filer for Chetwynd West Fraser in British Columbia and a graduate of the Thompson Rivers University saw trades program in Williams Lake, B.C.