Features
Saw school: The foundation of our trade

May 5, 2017 - The trade of sawfiling goes back to when men first started cutting wood with saws. In the beginning, filers were largely self taught and performed their mysteries behind the locked doors of their shops where even the mill owners needed permission before being allowed to enter the shadowy realm of the “Saw Doctors”. The secrets of the trade were guarded jealously and if you wanted to become an initiate, you first had to convince a master of your worthiness to be taken on as an apprentice; and then you would typically pay up to a year’s wages to be taught the trade. Your tenure as a neophyte would last years but eventually you would earn the right to wear the top-hat and tails. That was a pretty good system and it worked, albeit on a smallish scale, but the level of knowledge passed from master to apprentice was inconsistent and the demand for new filers was much higher than the ad hoc training program was able to produce.

Enter the age of the organized saw school. Here in B.C. we have long relied upon our forest industry for the livelihood of our province. Sawmills were the main employer and indeed, the reason for existence of small towns all up and down the coast and throughout the B.C. Interior. You cant run a sawmill without sawfilers so the need for a school to teach new workers the technical side of the trade and to standardize the level of training became vital.

In relatively modern history, going to saw school meant a trip to Vancouver to attend the well-equipped facilities at the British Columbia Institute of Technology. The early days of the school were casual to say the least; with ping-pong being a major part of the curriculum. But under the direction of veteran sawfiler Dennis Reid, the program was tightened up with proper testing put in place and the school began to crank out world-class filers at the rate of about 75 per year.

The school at BCIT ran for many years but in the late 90s the forest industry as a whole suffered a devastating downturn. Mills struggled to survive and the expensive prospect of hiring new apprentices and sending them to school lost a great deal of it's appeal to mill managers who had to count every penny to survive. The number of people attending the classes dropped dramatically and since the school took up a very large chunk of valuable trade school real estate, the decision was made by the school trustees to close the school and use the space for other purposes. This was devastating news to saw filers as without a school, there is no recognized trade in B.C.

A company named North Pacific Training and Performance Inc. was tasked with not only relocating the school but with revising the program and the trade itself. A group of experienced head filers from around B.C. was put together to come up with a new curriculum, one of these industry experts was John Hebert, head filer at Gorman Brothers Lumber in Kelowna. John and the rest of the team poured over the old resource material, wrote new text books and exams and set about finding a new home for the backbone of our trade. One of the things the group felt needed addressing was the fractured structure of our trade. Until recently, saw filing was split into three separate trades depending upon the level of experience of the trainee and the needs of the mill where he was employed. The designations of fitter, circular-filer and benchman were discontinued and now an apprentice goes to school twice over two years to become a sawfiler and has the option of attending a third year to achieve a benchman’s endorsement on their ticket.

The program was eventually transferred over to the Industry Training Authority and Thompson Rivers University in Williams Lake agreed to host the school. Greg Daykin was hired as head instructor and was given the daunting job of converting the texts into a real-world program for the eager students that were, by that time, chomping at the bit to complete their journeyman status.

As with any venture of this scope, there were some misfires at the start. A disconnect between the school curriculum and the provincial testing resulted in difficulties for the students but over a year or two, exams were reworked and passing rates improved significantly. Since the new schools inception in 2013, 188 men and women have passed through the Williams Lake campus and Greg is hard at work readying the new benchman course so that full training is available.

Despite the early teething-pains the new sawfiling trade school is progressing nicely. Greg would dearly love to retire, so the search is on for an instructor to fill his shoes. If such a thing interests you and you are perhaps a semi-retired sawfiler, please contact human resources at http://www.tru.ca. There is also an ongoing need for materials for the school such as saws, tools and at the moment, a pony edger. If you can help out, contact the school at TRU. 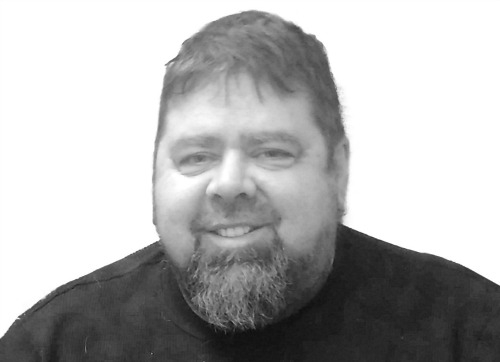